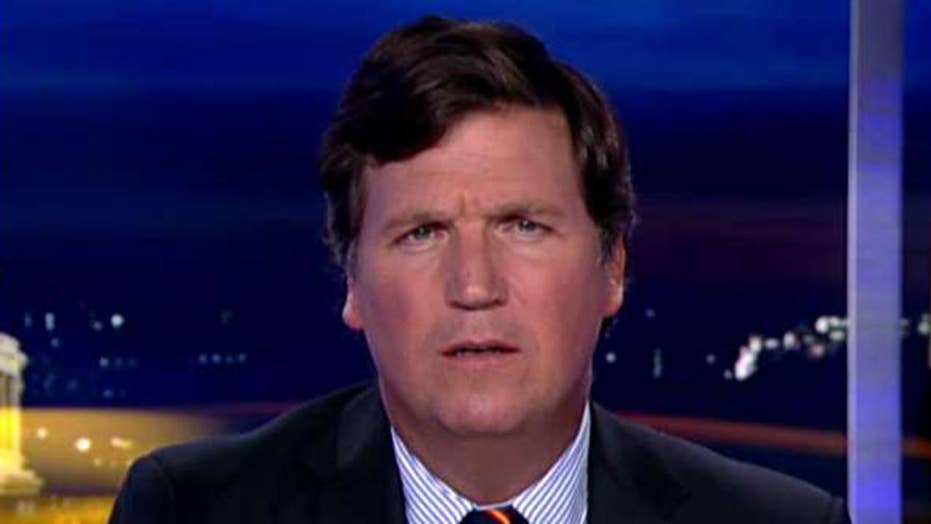 Tucker: Republicans shouldn't get too confident about 2020

A year from now, we will be hosting this show from the National Mall as the next president of the United States takes the oath of office. Will that president be Donald Trump?

Well, as of now, Republicans in Washington feel confident that it will be. The official economic numbers are strong. The Democratic primaries are a freak show. Elderly socialists accusing each other of thought crimes.

Republicans are starting to think that victory is assured --  and that's a mistake.

America remains as divided as it was three years ago. So no matter what happens, nobody is going to win this election in a national landslide. Those don't happen anymore.

Trump could lose. Will he lose? Well, that depends entirely on what he runs on.

In 2016, Donald Trump defeated more than a dozen Republicans and then Hillary Clinton by running as an insurgent, a man from outside the system flipping the bird to the elites within. Virtually everything Trump said reinforced that message.

The people who run this country are clueless. They have no idea what they're doing. They don't care about you. They've hollowed out our economy, crushed the middle class. They've screwed up our foreign policy. They left the door open on our southern border. They are children playing leadership and they've gotten rich doing it. The result is a national catastrophe.

Now, Trump's campaign summed up that message in a single phrase, "Make America great again." In other words, let's not lie to ourselves -- this is a disaster. The good news is, we can fix it.

Now, the people in charge hated to hear that, of course, because it implicated them. But voters responded; they knew it was true. By the way, it's still true today. Things are a lot better, in a lot of ways, but they're not fixed.

Consider the state of the economy. The big numbers -- unemployment and inflation, to name two -- tell one story, and it's a good story.

The candidate who makes it easier for 30-year-olds to get married and have kids will win the election and will deserve to win. Remember that. It's truer than any economic theory conceived on any college campus in the last hundred years.

But dig a little deeper. A Pew poll from this fall provides a glimpse of what is actually happening in a lot of parts of the country. In that survey, 56 percent of Americans said the economy was excellent or good, and that's good news. But then there was this: Only 31 percent of the economy was helping them and their families. Just 32 percent thought the current economy was helping the middle class, 58 percent thought the opposite.

Among lower-income Republicans, 47 percent said economic conditions were hurting them; just 30 percent said they were helping. Now keep in mind, these aren't sociology professors from the Oberlin faculty lounge. This is the president's core, it's his base.

Why do they feel that way? It's not personal. It's just really simple.

For a lot of middle class people, wages are not keeping pace with expenses. Child care, housing, education, health care -- they're all getting more expensive by the year. The student loan bubble is still inflating. It's burdening young people with debts so large, they can't start families.

Now, these are economic problems, but they require a political solution. The candidate who makes it easier for 30-year-olds to get married and have kids will win the election and will deserve to win. Remember that. It's truer than any economic theory conceived on any college campus in the last hundred years.

Improve people's lives, and they will vote for you. Period. Republicans ought to write that on our hands. Otherwise, the temptation will be to focus entirely on the lunacy on display on the left right now.

Democrats have gone crazy, and it's definitely worth pointing that out repeatedly. We do it five nights a week. But it's not enough to win. Winning candidates come with their own program. They convince voters they will make things better.

Bernie Sanders may get the Democratic nomination, and if he does, every Republican in Washington will spend the next 10 months reminding you that socialism does not work and never has worked. And they'll be right, obviously.

But if Sanders pledges to forgive student loans, he will still win many thousands of voters who went for Donald Trump last time. Why? Because debt is crushing an entire generation of Americans. Republicans need to make a plan to make it better, or they will be left behind.

And one more piece of advice: Don't ignore the social issues. The Republican establishment despises this conversation. If it's not about tax rates, they don't want to talk about it.

But normal people know the social fabric is coming apart. A winning candidate will say that out loud, defend traditional values. Don't be embarrassed about it. There's nothing embarrassing about it. Democrats are waging the most aggressive possible campaign against everything normal people think is virtuous.

They are promising to undo our justice system, emptying our prisons, even as they undermine the police and strip you of your right to defend yourself. They're openly inviting chaos.

They want to give the vote to convicted felons, even murderers. They've said that. They think so little of this country that they're pledging to open our borders to the world. Every impoverished nation on Earth welcomed here for free health care paid for by you.

They're opposed to free speech. They're stridently for subsidized abortion up to the moment of birth. They want Americans sorted into creepy little categories by their DNA, judged, rewarded, punished on the basis of their sex and skin color. 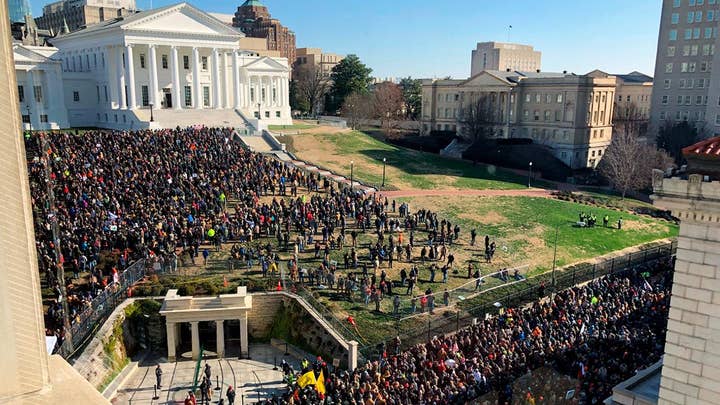 They don't simply deny the existence of biological sex. They're trying to force you to deny it, too. You'll be fired if you disagree or have your kids taken from you. Democrats aren't promising change. They are promising revolution. Centuries of American history and custom, abolished. A nation starting over from scratch, year zero. That's effectively what they're calling for, and most people are not for that.

They may be frustrated with the state of the country -- many are. They may be anxious about the future. But they don't hate America. They don't want to topple George Washington and implement Maoism.

They are conservative in the most basic sense. They love their families, above all. They distrust radical theories of anything because they know -- and they're right -- that when the world turns upside down, ordinary people get hurt.

They don't want to burn it down, they just want things to get better. The candidate who promises to make them better, incrementally, but tangibly, will be inaugurated president a year from now.