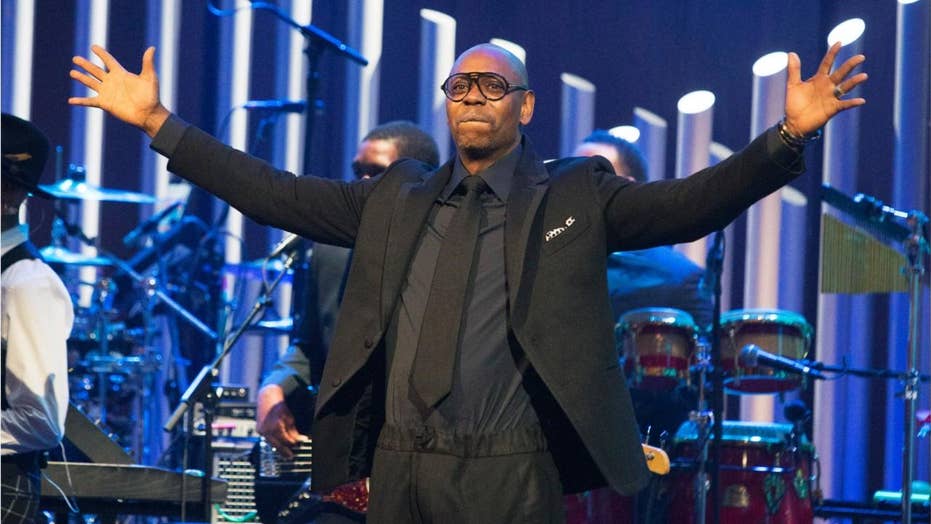 Dave Chappelle defends freedom of speech from 'cancel culture': 'First Amendment is first for a reason'

Dave Chappelle defends comedian’s right to freedom of speech from 'cancel culture' as he accepts the Mark Twain Prize for American Humor.

On the 10th anniversary of Citizens United’s landmark Supreme Court victory for free speech, its incredible impact and legacy has come into focus. At its core, the Citizens United decision encourages more participation in America’s political process.

Much to the dismay of the left, Citizens United v. Federal Election Commission was a case about free speech and whether the First Amendment protected the American people from government attempts to limit speech. Nothing more, nothing less.

The origins of the case begin with Citizens United’s ability to produce a film and run advertisements for a film critical of Hillary Clinton. At that time, the McCain-Feingold campaign finance regime would have jailed me for doing just that — a fact that the left purposefully omits from their flawed arguments against the Supreme Court’s opinion.

In 2004, I recognized that liberal activist and filmmaker Michael Moore had produced a documentary, "Fahrenheit 9/11," a film highly critical of then- President George W. Bush. While the film had a huge impact on the campaign, it was Moore’s television trailers supporting the film — produced with corporate Hollywood money — that truly affected the Bush reelection effort.

I simply asked the Federal Election Commission if I could do what Michael Moore was doing. The FEC told me "no." If I moved forward anyway, I could face five years in jail for each count, as well as tens of thousands in fines. To this day, I still can’t believe that our federal government was going to jail me for making a movie and running advertisements for a film.

Hollywood had one set of rules and I had a different set of rules, but I wanted to be treated equally under the law, so four years later, Citizens United sued the FEC. As former U.S. Solicitor General Ted Olson reflected in our new film about the case, what could be closer to the heart of the First Amendment than an explanation of a point of view as to whether someone who was running for president was qualified for that job?

The left would have you believe that I went to court in hopes of unleashing the flood gates of corporate money to drown out the voice of the little guy. This is a lie. The Citizens United case was about censorship and fundamental fairness.

Let’s recall that during oral arguments for our case at the Supreme Court, the deputy solicitor general stated in response to a question from Justice Samuel Alito that the logical extension of McCain-Feingold is that if the government can ban movies, then it could also ban books. This is the story of the case the left doesn’t want the American people to know about.

The left would have you believe that I went to court in hopes of unleashing the flood gates of corporate money to drown out the voice of the little guy. This is a lie. The Citizens United case was about censorship and fundamental fairness.

And, the left’s apocalyptic predictions about corporate money never happened. In fact, a recent op-ed that appeared in the Los Angeles Times stated, “The notion that the Citizens United decision opened the donation floodgates to 21st century corporations is a myth.”

Another charge from the left is that the Citizens United decision has allowed too much money into our political system. A recent report by the Center For Responsive Politics found that “election-related spending from non-party independent groups ballooned to $4.5 billion over the decade.” What the report fails to mention is the amount of money spent on television advertising in other areas. For instance, $18 billion was spent on automobile advertising in 2018 alone.

So what’s more important: Spending money on a debate about who should be president of the United States or on a debate over pick-up trucks? I believe that a robust political debate in the marketplace of ideas is the essence of what makes our constitutional republic exceptional. If people want to band together to spend money to influence an election, it’s their First Amendment right to do so.

The Citizens United decision has leveled the playing field for conservatives. Before Citizens United, the left had a massive advantage because of the support they received from labor unions and media corporations such as The New York Times and Washington Post. During Trump administration, many media corporations are showing their true colors and behaving more like Democratic Super PACs than objective journalists and this calls into question why they receive special exemptions under the law.

While the Citizens United decision does make it easier to participate in our political process -- big corporations have not hijacked the process in any way shape or form, nor did the decision allow foreign money to flow into our elections. One of the main reasons why the Citizens United decision is vilified by the left to this day is because President Obama lied about the decision at his 2010 State of the Union address just after the decision came down. Obama warned the American people that foreign money would now be a threat to our elections even though our case had nothing to do with foreign money.

If Obama was trying to fire up his base of support by demagoguing the facts of our case, he succeeded. The liberal assault on the Citizens United decision continues to this day. The left’s main policy goal is to pass a 28th Amendment to the Constitution that would destroy the protections we cherish under the First Amendment.

What I knew in 2010 and continue to see to this day is that the left wants to silence speech that they don’t agree with. Look at the attacks on the Citizens United case. Look at the attacks on conservative speech on college campuses. The difference between conservatives and liberals is that we support more speech, even if it’s speech we disagree with. By contrast, the left wants to rid the public square of speech they don’t agree with.

Sen. Ted Cruz, R-Texas, was on to something when he said in our film that free speech used to be something that was a bipartisan commitment, but unfortunately that’s no longer the case. In 2010, groups like the ACLU, AFL-CIO, and Reporters Committee for Freedom of the Press, all filed amicus briefs in support of Citizens United. Sadly, this would not be the case today.

The highly respected constitutional lawyer Floyd Abrams wrote in a recent op-ed: “As Justice Kennedy put it in Citizens United, speech is ‘the means to hold officials accountable to the people’ and ‘political speech must prevail against laws that would suppress it by design or inadvertence.’ That was true a decade ago and it remains true today.” I could not agree more.

I believe that without the rights guaranteed in the First Amendment, there are no others. As Citizens United moves into its second decade, we must be as vigilant as ever in our defense of free speech.