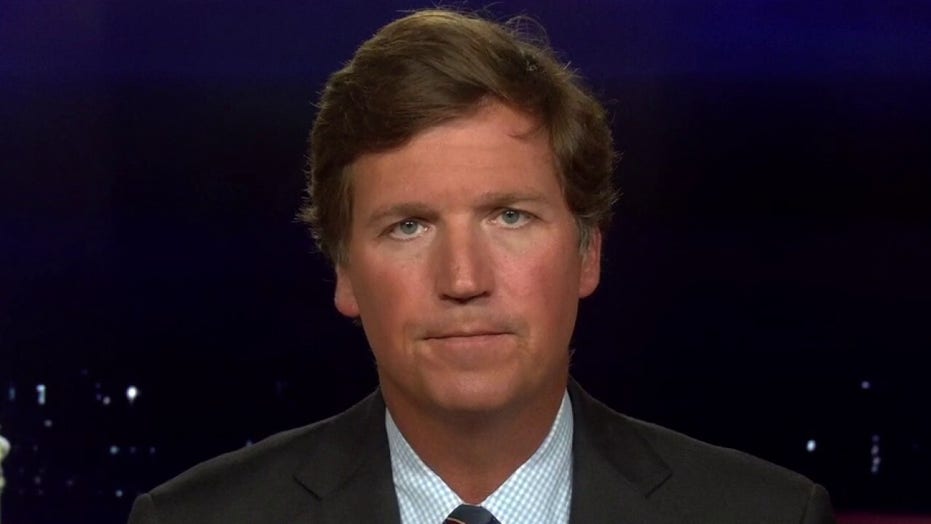 Tucker: Now we see that COVID lockdowns aren't the only solution

It has been close to three weeks since the state of Georgia began to gradually loosen its coronavirus lockdown.

'REOPEN PENNSYLVANIA' FOUNDERS DELIVER MESSAGE TO DEM GOVERNOR AFTER TRUMP VISIT: 'GIVE UP THE POWER

Starting late April, the state allowed hair salons, bowling alleys, barbershops and gyms to reopen. Three days later, restaurants and theaters followed. Hospitals once again were allowed to perform all needed surgeries. They could stop pretending that coronavirus was the only medical problem that patients faced. It is not.

There nothing especially radical about what Georgia did, but you wouldn't know that if you were watching television that week. The decision was described there as the most reckless, public health decision since 9 out of 10 family doctors endorsed Camel cigarettes.

Untold millions would die because Georgia was reopening. The state of Georgia would be flattened by a tidal wave of corpses. It was that dangerous.

Even Stacy Abrams took a break from campaigning for vice president to offer an assessment.

We should be thrilled by this news because it suggests that America can begin to return to normal, restore the rights stolen from the population, maybe even treat citizens like adults once again, and not court medical disasters. You would think our leadership would be racing to the podium to share this great news. But of course, they are not -- just the opposite.

Stacy Abrams, former Georgia gubernatorial candidate: We honestly don't understand the mayors of our largest cities who have all expressed deep concern, that of our scientists.

This makes no sense and it doesn't improve our economy, it simply puts more Georgians at risk.

Yes, she seems to know what she is talking about. You should know, though, that Stacey Abrams is delusional. At one point, she announced that she was the governor of Georgia, which, from a mental health standpoint, is one step from claiming you're Napoleon.

Now, Abrams imagines she is a public health expert. It's best to humor her on that. Just nod and look interested.

Chris Hayes is not a scientist, either. He is MSNBC's most ardent male feminist. But he still has strong views on epidemiology.

Hayes was so upset by the idea that people in Georgia might go outside without permission that he suddenly found himself arguing that everybody must obey the Trump administration.

Chris Hayes, MSNBC host: If that sounds insane to you, you are not alone. And for the record, Georgia does not meet the White House guidelines. It does not a 14-day trajectory of declining cases. It has tested less than 90,000 people out of a population of more than 10 million. Mayors in Georgia are describing the Governor's decision as reckless, dangerous, and illogical.

Oh, the voice of overpriced Brooklyn. "We must do what the White House tells us!" he screams on MSNBC. That is how dangerous it was. Mark this day, wrote one longtime Washington reporter, because two and three weeks from now, the Georgia death toll is blood on Gov. Brian Kemp's hands.

Infections and death in Georgia have been declining since early April -- that's why they began to reopen it. There are still sick people in the state. There will be for a while; some of them will die.

But as of Thursday night, Georgia's numbers -- the actual numbers -- are no worse than the national average, and that tells us a lot. We should be thrilled by this news because it suggests that America can begin to return to normal, restore the rights stolen from the population, maybe even treat citizens like adults once again, and not court medical disasters.

You would think our leadership would be racing to the podium to share this great news. But of course, they are not -- just the opposite. In fact, they are doubling down on authoritarianism. They enjoyed being in total control of your life. They do not plan to relinquish the power they received from this pandemic anytime soon, if ever.

The city of Los Angeles, for example, has extended its lockdown through the end of July. Citizens there will have to wear masks at all times, even when they are outside, where the risk of transmission is minimal.

Mayor Eric Garcetti did not explain the science behind these commands. There isn't any science. Instead, Garcetti told his city, that until there is a "cure" for the virus, life will never go back to normal -- never.

The mayor did not mention that it is possible -- in fact, it is likely -- that there will never be a cure for the coronavirus. Whatever.

House Speaker Nancy Pelosi: Well, of course, I agree with the decisions of the people on the ground in their particular venue and location. So yes, it is inconvenient, but it is even more inconvenient if you are going to be infected or worse.

Yes, it is inconvenient. But it is not as inconvenient as getting infected with a deadly disease, says Pelosi.

That's a good talking point, by the way. Hat tip to the 26-year-old staffer who wrote it. But as a factual matter, it is wrong.

For the overwhelming majority of Americans, the lockdowns are far worse than getting sick with the Wuhan coronavirus. If you are under 60, the odds of dying from this virus are fewer than 1 in 1,000, probably less than 1 in 10,000.

The odds meanwhile, that government lockdowns are making you poorer and destroying your life -- those chances are far higher than that. Ask yourself how many healthy middle-aged people do you know who have died from this virus? Maybe you know someone. How many people do you know who are now unemployed and terrified of the future? Probably a lot.

This is insanity. Obviously and at some point, we are going to look back in shame as we consider it.  ... The question is for the rest of us: Why are the rest of us allowing this to happen?

Washington Gov. Jay Inslee is not a math guy. He is not calculating probabilities like this. Inslee apparently believes that everyone in Washington state faces the real likelihood of dying from the virus, and that's why he has ordered officials in the state to track who goes to restaurants and who they eat with -- because that is not a Chinese police state tactic or anything.

Washington state Gov. Jay Inslee: This contact tracing, obviously, if you have somebody who has become sick and they were sitting right next to a person at a restaurant -- to be able to identify that person could be very valuable for their health to try to save their life, and so we put that in place.

Yes, it's kind of weird that the authorities are taking notes on who you are having dinner with. But, you know, it's for the public health, so submit. It's not like politicians will ever misuse that information or anything. So sleep well, but don't forget to send in a blood sample so the government can sequence your DNA for public health reasons.

Nobody in America is enjoying all of this more than Michigan Gov. Gretchen Whitmer. It is always the most mediocre people who love fascism the most. It gives them power they never dreamed that they would have and indeed, don't deserve.

Whitmer wants this moment to last forever. She is enraged that anyone would dare to complain about it. She went on ABC on Wednesday and dismissed any citizen who disagrees with her, needless to say, as a racist. And then she promised that disobedient citizens in Michigan -- serfs -- will be punished with more severe lockdowns.

Michigan Gov. Gretchen Whitmer: These have been really political rallies where people come with Confederate flags and Nazi symbolism and calling for violence.

This is racist and misogynistic, and I ask that everybody who has a platform uses it to call on people to observe the best practices promulgated by the CDC and to stop encouraging this behavior because it only makes it that much more precarious for us to try to reengage our economy, which is what everyone says they want us to be able to do.

Yes, not only is it racist, it is dangerous to the public health -- and racism.

Whitmer was later asked if she had evidence, proof, that protesters were actually spreading the virus, and you will be surprised to learn she didn't. And by the way, that question is misogynistic, so shut up, bigot.

Some people in Michigan are finally growing tired of this performance. Karl Manke owns a barbershop. He would like to continue cutting hair. Authorities won't let him do that. They prefer to send him welfare checks instead. That is not the country he wants to live in, though.

Karl Manke, Michigan barbershop owner: I am 77. I've always worked. I have never looked for handouts. I don't even know what they are. I haven't -- somebody called me and said, well, why didn't you get on food stamps? Well, I don't want food stamps. I want to work.

When our governor said we are going to have another 28 days, it knocked me to my knees. I couldn't take another 28 days. All of us as Americans need to begin to take responsibility for ourselves, you know? I feel that the government is not my mother. It never has been, you know. And matter of fact, this administration, for the most part, I've been in business longer than they've been alive. 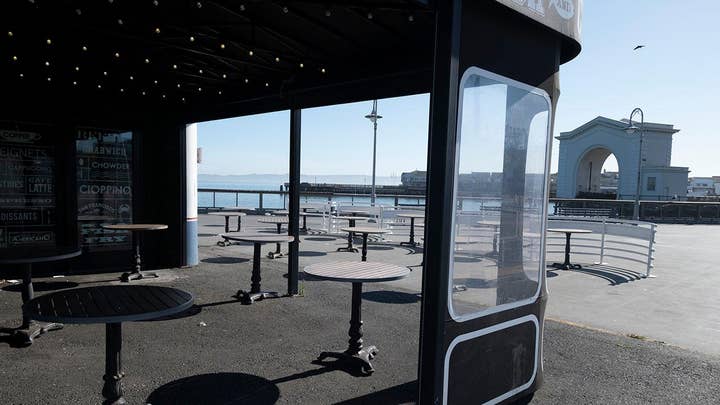 Gretchen Whitmer was not amused by that. "The government is not my mom" -- misogyny. And by the way, cutting hair is racist.

So Whitmer's administration tried to shut Manke down with a court order because there's nothing else going on in Michigan right now. A judge resisted that it was too far.

So, Whitmer's lackey simply revoked Manke's barber's license. Now, he is shut down for good and will be even when the lockdowns finally end. That will show him. Stop whining and take your welfare check, bigot.

This is insanity. Obviously and at some point, we are going to look back in shame as we consider it. Politicians will always seize the maximum amount of power they can. That is why they went into politics in the first place, to fill that empty space inside.