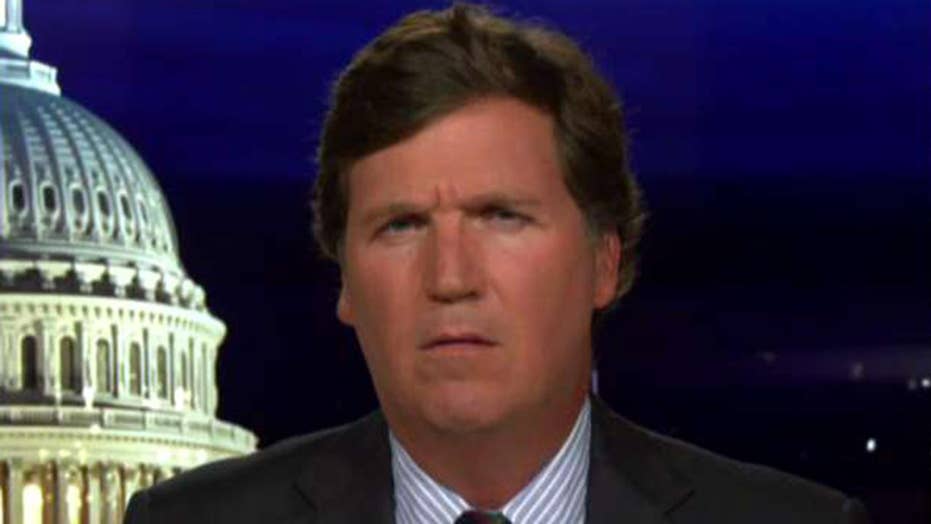 Tucker: What exactly is the 'existential threat' of climate change?

We hope you had a happy weekend. If you did, hold on to those memories. It might be the last relaxing moment you'll have for a while. We're about to wreck your peace of mind.

It turns out that all is not well on this blue planet of ours, far from it. Indeed, it appears that the Earth itself is facing what we're going to call tonight, an existential threat from climate change.

Now, what does the term "existential threat" actually mean, you ask? Honestly, we don't know. But it sounds absolutely terrifying.

Sen. Bernie Sanders, I-Vt., presidential candidate: The climate change is real. It is an existential threat to our country and the entire planet.

Sen. Cory Booker, D-N.J., presidential candidate: If NATO is about the common defense, the biggest existential threat is climate change.

Julian Castro, presidential candidate: We're going to have to address the most existential threat to our nation and the world, climate change.

Sen. Kamala Harris, D-Calif., presidential candidate: We are facing a climate crisis, it represents an existential threat to who we are as human beings.

"A threat to who we are as humans." Well, there are a number of questions here. Let's see if we can unpack them.

The first one: is climate change real? That's an easy one. Of course, it's real. Climate always changes.

This is what climate activism has become -- a performative stunt, mixed with hypocrisy. These are the people who promised to crack down on your cheeseburgers while flying across the country, on private jets.

Harris: As a nation, we have actually have to have a real priority at the highest level of government around what we eat and in terms of healthy eating, because we have a problem in America.

Erin Burnett, CNN host: But would you support changing the Dietary Guidelines?

Burnett: You know, the food pyramid, what people are eating?

Harris: Yes, I would.

Got that? Kamala Harris is a good person, and because she is a good person -- a much better person than you are -- she cares about the existential threat of climate change so much, that she is willing to forgo red meat. That's what she told CNN viewers recently.

But when she is in the pork producing state of Iowa, though, it's a very different story. Just this past weekend, Harris attended the Annual Polk County Democratic Party Steak Fry. She took her turn working the grill posing for the cameras.

And by the way, so did all of the other Democratic candidates. Liz Warren was there, Beto O'Rourke, even Cory Booker, who says he is a vegan. Organizers grilled more than 10,000 steaks over the weekend. Tape of the event shows plumes of ozone destroying meat smoke rising heavenward. The candidates standing amidst all of this seemed wholly unconcerned.

Are you surprised? Don't be surprised. This is what climate activism has become -- a performative stunt, mixed with hypocrisy. These are the people who promised to crack down on your cheeseburgers while flying across the country, on private jets. No one says a word about it.

Last week, millions of concerned progressives took part in the so-called climate strike. In their wake, they left mountains of litter. On Monday in Washington, climate activists demanded change by blocking roads, causing gridlock, and throwing confetti on the ground.

Well, if you're under 40, you might be surprised to learn that people didn't use to express concern about the environment by littering. That used to seem weird, but then the point of environmentalism used to be about nature and preserving it and protecting it.

The point now is very different. The point now is political power. You gin up a crisis and you demand the population submit to your will, or else. And as you do that, of course, you don't need to fight fair or acknowledge democracy or make a rational case for your position. You do whatever it takes. You'll even use children, if it helps.

Just today, for example, a 16-year-old Swedish girl named Greta Thunberg addressed the United Nations at the behest of climate activists. Here's part of what she said:

Thunberg, climate change activist: This is all wrong. I shouldn't be up here. I should be back in school, on the other side of the ocean. Yet, you all come to us young people for hope. How dare you? You have stolen my dreams, my childhood with your empty words.

We are in the beginning of a mass extinction, and all you can talk about is the money and fairy tales of eternal economic growth. How dare you? If you really understood the situation and still kept on failing to act, then you would be evil, and that I refuse to believe. 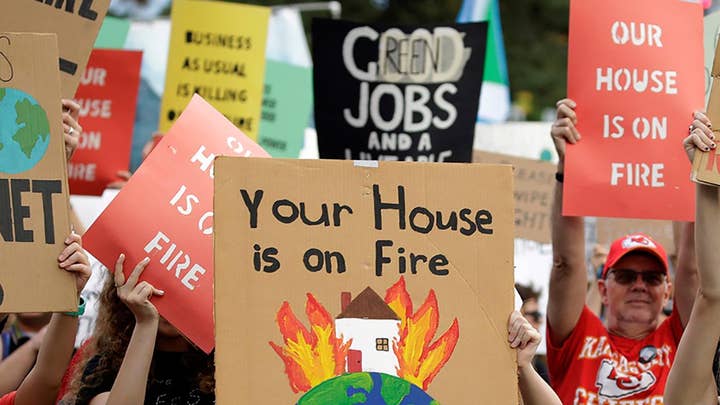 You stole my childhood? Do what I want you to do, or else you're evil?

How do you respond to statements like that? The truth is you can't respond. And of course, that's the point.

When you use children to demand power, they become a kind of human shield. You can hide safely behind them, no one can criticize you.