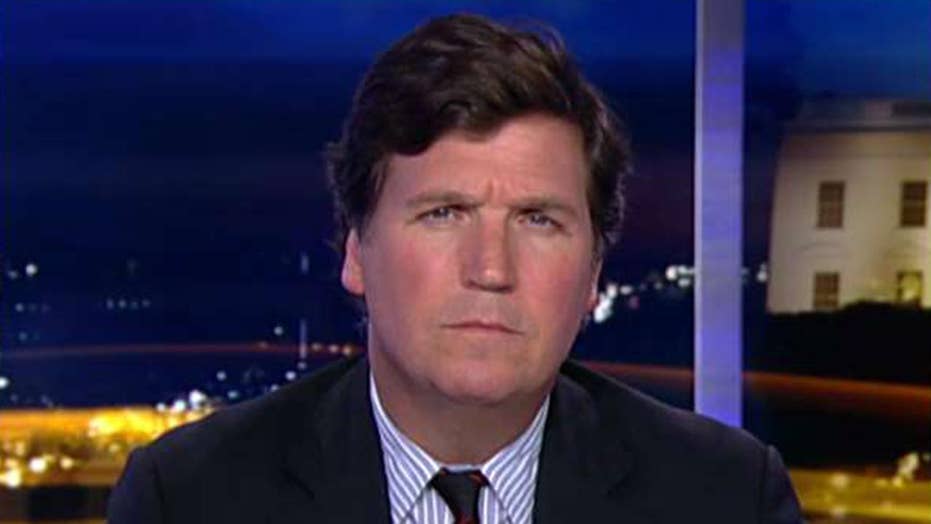 For two long years, former FBI Director Jim Comey has played the role of America's moral martyr, and for two years it's basically worked for him.

In the closing days of 2016, you'll remember, Comey was likely the most hated man on the American left. That bizarre press conference he held in July of that year in which he described Hillary Clinton as legally innocent but morally guilty may, in the end, have cost Democrats the election. It's possible. And they hated him for it.

Less than a year later, though, Donald Trump fired Jim Comey as FBI director. And whatever Trump dislikes, liberals love, and so Comey was back in their good graces once again. He's done his best ever since to remain there.

Comey titled his book, "A Higher Loyalty," meaning that he, unlike you, is a man of principle, accountable only to his God and conscience, in contrast to your grubby little political concerns.

Jim Comey is the last honest man in America. He makes that point every time he appears in public.

And as a man of integrity, Jim Comey would like you to know that despite the fact he's got no actual evidence to support the claim, he's pretty certain Vladimir Putin has been blackmailing Donald Trump since day one.

James Comey, former FBI director:: I honestly never thought these words would come out of my mouth, but I don't know whether the current president of the United States was with prostitutes peeing on each other in Moscow in 2013. It's possible, but I don't know.

The IG report didn't actually vindicate Jim Comey. Instead, it revealed frightful abuses of power by the FBI -- the FBI that he ran -- abuses that ought to terrify Americans, left, right, and center.

Well, even after the DOJ inspector general's report came out, essentially destroying Jim Comey's credibility and many of the claims that he's forwarded over the years, he persisted.

He published a smug op-ed in The Washington Post claiming to have been vindicated of all wrongdoing. Why would Jim Comey do that?  It's almost like he didn't think you had the internet and couldn't read the report for yourself.

Maybe he was so used to being treated as untouchable that he started to believe that he actually was. But, in the end, as what always happens, reality intruded.

The IG report didn't actually vindicate Jim Comey. Instead, it revealed frightful abuses of power by the FBI -- the FBI that he ran -- abuses that ought to terrify Americans, left, right, and center.

Michael Horowitz, Justice Department Inspector General: We identified significant inaccuracies and omissions in each of the four applications, seven in the first application and a total of 17 by the final renewal application.

One admission could be a mistake; it happens. Seventeen of them? That's not a mistake. That's either malice or it's gross incompetence or a combination of both. Either way, not reassuring.

In the end, even someone as beloved by the news media as Jim Comey had to answer for the 17 omissions. So, over the weekend, Comey appeared on Fox and he said this about the IG report.

Comey: He's right; I was wrong. I was overconfident in the procedures that the FBI and Justice had built over 20 years. I thought they were robust enough. It's incredibly hard to get a FISA. I was overconfident in those. Because he's right, there was real sloppiness: 17 things that either should have been in the applications or at least, discussed and characterized differently. It was not acceptable. And so he's right, I was wrong.

"It's incredibly hard to get a FISA." Really? How incredibly hard is it, Jim Comey? Specifically, how many have been turned down in the past 15 years? Oh, you don't have those numbers, do you? "Not many" is the real answer.

But that wasn't even the most damning part of the interview with that liar you just saw. At one point, Jim Comey was asked whether lying to a FISA court in order to spy on an American citizen might merit some professional consequences. Here's how he responded:

Chris Wallace, "Fox News Sunday" host: If you were still there, and all of this came out, and it turned out it happened on your watch, would you resign?

Comey: No, I don't think so. There were mistakes I consider more consequential than this during my tenure, and the important thing is to be transparent about it.

Think about that. There were worse mistakes than knowingly using partisan lies to spy on an American citizen. But Jim Comey won't tell you what they are because he believes in transparency.

Did you catch all that?! -- That was all in one sentence, by the way -- a sentence that contradicts itself. Did anyone notice? No one seemed to.

Maybe we need a new inspector general's investigation to find out what the hell Comey's talking about. In the meantime, how worried should we be?

Can we trust the FBI is no longer being used as a political tool by the left?