Tucker: The radical lesson plans that are being taught America's kids

Nothing changes a society more over the long term than the way we teach our children, what we teach them, and how we teach them. If you want to pass on your values, you tell your kids about them. So school matters maybe more than anything.

From the very first day "Tucker Carlson Tonight" came on the air in November 2016, we have covered the way our schools are changing and the indoctrination that your kids are suffering through. Over the past four-plus years, the curricula in so many schools has turned from the extremely left-wing to the outright totalitarian.

For example, the school district in Buffalo, N.Y., now has an Office of Culturally & Linguistically Responsive Initiatives. The Buffalo school district's "first days of school" lesson plan gets political in very specific terms.

"Do Black Lives Matter in America?" it begins. By the end of the lesson, it declares, "Students will be able to understand the need for the Black Lives Matter movement." Here you have a school district explicitly endorsing a political movement, and that's in a lesson plan for little kids.

By the time they hit the fifth grade, students in Buffalo are reading advanced BLM studies. Students learn about BLM's core platform, including "Disrupting the Western-prescribed nuclear family structure." Destroying the family is endorsed by Buffalo schools.

At the end of the program, students are asked: "What do you think about our society being organized into separate, nuclear family units?" The implication, of course, is that it's immoral, that your own family is immoral, and that's just the beginning.

Buffalo Public Schools go on to suggest that George Washington, the man who founded this country, was a fraud; that Colin Kaepernick is a moral hero; and that we should celebrate Indigenous Peoples Day instead of Thanksgiving. Apparently, we have no right to give thanks for a country that isn't ours.

By the time they hit high school, students in Buffalo are ready to go out into the world to destroy buildings and statues. That's what they're being trained for. They're asked this explicitly: "Why would someone engaging in rioting be protected under the First Amendment?"

We don't mean to single out Buffalo. This is happening in middle schools all over the country. The first week of Febuary was celebrated as a Black Lives Matter Week of Action. To be clear, Black Lives Matter is a political party, yet schools are endorsing it and its specific aims. Cities that are doing this include Seattle, Portland, Ore.; Los Angeles; Chicago; Milwaukee; Boston; Washington, D.C.; Philadelphia; and Baltimore. We could go on.

This is Khmer Rouge propaganda, not education. But again, that's just the beginning. Some schools have eliminated biology. They're teaching children that biology isn't real. One of the guiding principles in the Black Lives Matter at School curriculum, of course, is to be "transgender affirming," so they have no choice. Out with biology, in with BLM.

Here's how one pre-kindergarten teacher at a New York public school described this principle: "Everybody has the right to choose their own gender by listening to their own heart and mind. Everyone gets to choose if they are a boy or a girl or both or neither or something else, and no one gets to choose for them."

Again, this is being taught to children in schools in lieu of actual science. This is religion, this is insanity, and this is also required. 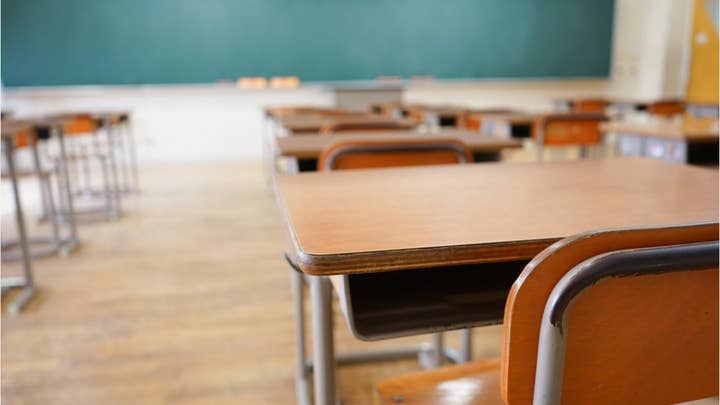 Parents can fight back, and in some rare cases, they have. In November of 2019, for example, this show highlighted a teacher training program called "Deep Equity." The point of Deep Equity is to "produce real school improvement for equity and social justice." In other words, not to teach children facts, but to brainwash them.

According to Deep Equity, the point is to adopt a "transformationist white [sic] identity" where "white [sic] folks are attempting to come to terms with race in a real way and question the systemic issues that have caused whites [sic] to be so much in a superior position." Teachers are given "White Allies Agenda" items:

Someday, we're going to look back at this and see it for what it is: Race hate. But Deep Equity has been used all over the country, even in places that probably didn't want it. Fauquier County, Va., for example, voted for Donald Trump by 25 points in 2016. But of course, Deep Equity is part of that county's teacher training. Have parents done much? Apparently, they haven't. They may not know what's happening.

This is happening all over the country in school districts your kids may attend, and you may not know about it. What can we do about it? What effect is it having on our children? On our society?

This article is adapted from Tucker Carlson's opening commentary on the Feb. 19, 2021 edition of "Tucker Carlson Tonight".