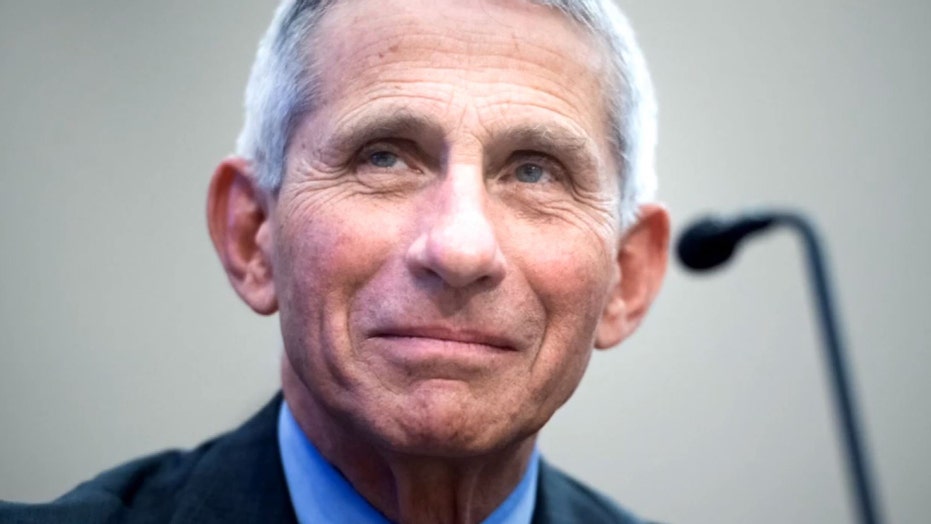 Tucker: Has American put too much faith in Dr. Anthony Fauci?

Dr. Tony Fauci appeared on Capitol Hill Tuesday to testify before members of Congress. The topic, of course, was the ongoing debate over when and how to reopen the country at schools and workplaces amid the coronavirus pandemic, when to do it, and how quickly.

CORONAVIRUS INFECTION IN CHILDREN MAY NOT START WITH A COUGH: RESEARCHERS

Dr. Fauci left no doubts about how he feels on that question. Opening up now, he said, after just two months of lockdowns, is a very risky, indeed a dangerous, prospect. Letting Americans work and learn once again could be a catastrophe, he said.

And he wasn't just referring to a handful of hotspots that have been hit especially hard. Entire states, Fauci said, likely need to remain closed.

Dr. Anthony Fauci, director of the National Institute of Allergy and Infectious Diseases: What I've expressed then and again, is my concern that if some areas city, states or what have you jump over those various checkpoints and prematurely open up without having the capability of being able to respond effectively and efficiently. My concern is that we will start to see little spikes that might turn into outbreaks.

So just to be clear, Fauci was not simply talking about certain workers or even all workers staying at home for the foreseeable future. He implied that schools and colleges will be able to reopen only if there is a cure for this virus or a vaccine. He said that prospect was a bridge too far.

In other words, no school until the coronavirus has been cured -- stopped.

The problem is there is currently no approved vaccine for any of the several coronaviruses out there. We still don't have one for SARS. So, that may never happen. Once again, it has never happened.

Fauci's recommendation was headline news at almost every media outlet instantly. "Fauci cautions about schools, colleges reopening in the fall," said the LA Times. "Fauci warns Senate the reopening U.S. too quickly could lead to avoidable suffering and death." And so predictably on with the hysteria.

Fauci says that children must stay home or countless people will die -- that's the message. And so I'm just going to ask a very simple question: How does he know this exactly? Is Tony Fauci right about the science? Do we have any particular reason to think he is right?

Well, right now there is an awful lot of evidence indicating that America should cautiously reopen. Sweden never shut down at all, and it doesn't appear much worse than the United States on average.

Many countries in Europe have reopened schools, and they have not seen a spike in cases. The state of Georgia partially reopened weeks ago, to much hysteria and finger-wagging from the press, and yet hospitalizations in the state of Georgia are lower than ever.

No one has explained why exactly schools specifically must stay closed. There's a huge cost to that -- massive. An entire generation of young people are not being educated because, let's not lie to ourselves, they are not. And yet as of right now, very few people under 18 have been seriously hurt by the coronavirus.

So, when he was asked about that, Fauci simply said, we don't know that children are "completely immune to the virus." Complete immunity? Since when is that a requirement?

Children are not completely immune. Indeed, they're vulnerable to countless diseases, many of which are far more dangerous than this one. The flu, for example, is much more dangerous for young people than the Wuhan coronavirus. This is not a talking point. It's factually true. Look it up.

Sen. Paul is on to something. A lot of wrong predictions have come out of Washington on the question of the coronavirus, and quite a few of them came directly from Dr. Fauci himself.

And yet only this virus is being used to deny young people an education. What is this, exactly?

Some lawmakers are starting to ask that question because it's so obvious. There is no science on the other side. Sen. Rand Paul -- who is a physician, by the way -- asked Fauci about it during the hearings.

So, I think we ought to have a little bit of humility in our belief that we know what's best for the economy.

Every sentence to Dr. Fauci must be prefaced with "as much as I respect you." That's required by federal law.

But Sen. Paul is on to something. A lot of wrong predictions have come out of Washington on the question of the coronavirus, and quite a few of them came directly from Dr. Fauci himself.

We're not singling him out or attacking him. We've certainly made a lot of wrong predictions on this show. But we're not in charge of the entire country. So it's worth walking few through a few of them, just for the sake of the aforementioned humility that Sen. Paul was talking about.

For example, Fauci spoke about how happy he was to see Americans going about their lives while wearing masks.

Fauci: But some sort of mask-like facial covering, I think, for the time being, should be a very regular part of how we prevent the spread of infection.

And in fact, the more and more as you go outside, right here and where I'm sitting in Washington, D.C., you can see many people out there with masks on, which gives me some degree of comfort that people are taking this very seriously.

Yes, they're following Fauci's orders, and of course, he is pleased by that. He didn't expect to have this much power at the age of 79.

In the last four months, Fauci has become one of the most powerful people in the world. And some, particularly in our media and in our Democratic establishment, are clamoring to give Dr. Fauci even more power. Why?

The funny thing is, though, it was just two months ago that Fauci was in the chorus of high officials lecturing the rest of us that actually wearing a mask was pointless, maybe worse than pointless and people shouldn't do it.

Fauci: Right now in the United States, people should not be walking around with masks.

Reporter: You're sure of it because people are listening really closely to this.

Fauci: No, right now, people should not be wearing -- there's no reason to be walking around with a mask.

When you're in the middle of an outbreak, wearing a mask might make people feel a little bit better, and it might even block a droplet. But it's not providing the perfect protection that people think that it is.

By the way, back in early January, Tony Fauci was telling the rest of us don't worry about coronavirus.

Greg Kelly, Newsmax: Bottom line, we don't have to worry about this one, right?

Fauci: Well, you know, obviously we need to take it seriously and do the kinds of things that the CDC and the Department of Homeland Security are doing.

It was just last month that Dr. Fauci told the rest of us it was totally fine to have sex with strangers you meet on the internet on dating apps. Totally cool. "Hey, man. He's old, but he's cool."

But almost simultaneously, he said that nobody should ever shake hands again, just to be safe.

Fauci: I don't think we'd ever should have to shake hands ever again, to be honest with you. Not only would it be good to prevent coronavirus disease, it probably would decrease the incidence of influenza dramatically in this country.

Look, this is just buffoon level stuff at that point, and we're not doing this to mock the guy. You know, I mean, anybody who talks as much as Anthony Fauci does on television, we can tell you firsthand is apt to say some stupid things.

This is a very serious matter, the decisions we're making right now. Tony Fauci has not been elected to anything. He has had the same job for nearly 40 years. That means the majority of American voters never even indirectly picked him for the role he has now. This is not the result of any kind of democratic process at work at all. 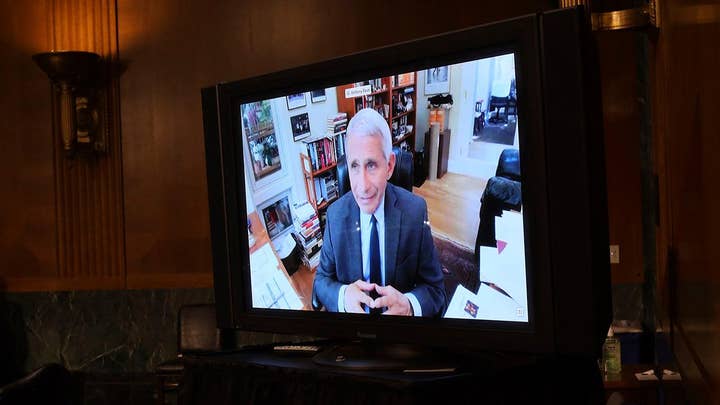 Yet, in the last four months, Fauci has become one of the most powerful people in the world. And some, particularly in our media and in our Democratic establishment, are clamoring to give Dr. Fauci even more power. Why?

Some people seem to think he should be dictator for the duration of this crisis. That's insanity. Fauci, like every other human being, is flawed. He says things that are wise, he says things that are profoundly silly. He is not  -- and no one is -- the one person who should be in charge when it comes to making long-term health recommendations.

This guy, Fauci, may be even more off-base than your average epidemiologist. Plenty of doctors, by the way, think it's time for most, even all, of the country, to cautiously reopen. And they have a voice in this, too. They deserve one.

But in the end, no appointed doctor should make the call on what our federal policy is. We elect leaders for that because we are supposed to be in charge of the country because it's a democracy. Remember, NBC? CNN?