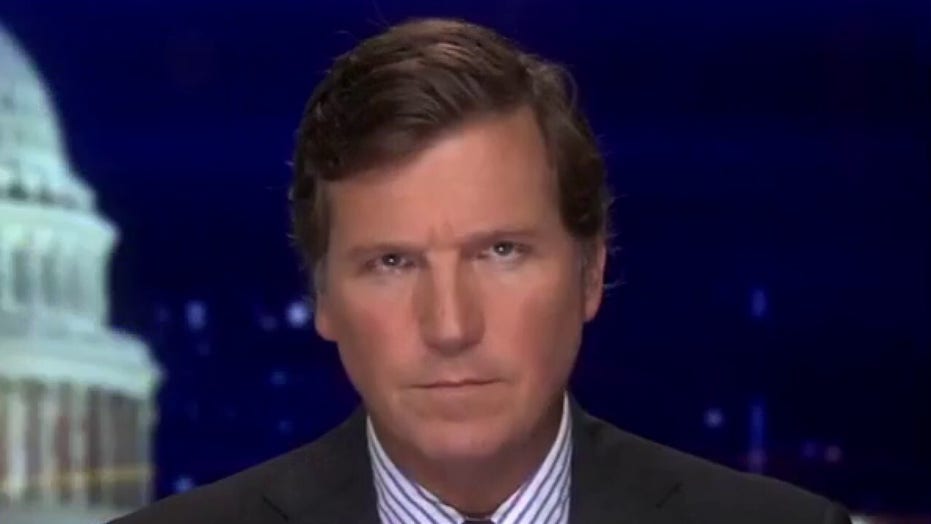 Tucker: Only science will free us from this pandemic

Real science is complicated and hard and often incremental.

From early on in this crisis, we took the virus seriously, but we doubted that Chinese-style lockdowns were a wise response to the Chinese coronavirus. Even if they worked as advertised and as you just heard, there's now overwhelming evidence that they don't work as advertised, despite what politicians continue to say.

Mass quarantines under the best circumstances are really just a stopgap. The only way to tame a virus like this is with science.

A single effective treatment would make all the difference right away. You wouldn't have to cure every sick patient, but if you could cure a significant number of sick patients and lower the death rate, this would be a completely different country.

Hope would return. Fear would reside. We could begin to regard this as a manageable illness as we do so many other illnesses.

More than 600,000 Americans, for example, will die this year from cancer. That's a tragic number. You doubtless know some of them.

But we accept it, and we live our lives bravely in the face of it, in part because cancer, horrible as it is, isn't very mysterious anymore.

There are treatments for it. Those treatments, sadly, don't always work, but they work often enough that we can manage to live without panic.

It's been obvious from day one that the main goal here as we fight this pandemic has got to be finding effective treatments for the virus.

That's obvious, and most people understand it intuitively.

The president does. He regularly uses his daily press briefings to tout potential new medical advances.

One of the first off-label drugs that doctors around the world used to treat the coronavirus was hydroxychloroquine.

Hydroxychloroquine is a cheap, decades-old medicine long recognized as a therapeutic for lupus and rheumatoid arthritis -- autoimmune diseases.

It was originally an antimalarial drug. If you've traveled to the third world, it's entirely possible you have already taken this drug. Early evidence suggested that hydroxychloroquine might be promising. Physicians in the hardest-hit countries, Spain and Italy, fox example, reported that it was their preferred treatment for the coronavirus.

One day, from the podium, the president touted the drug as a promising lead.

From that moment on, precisely that moment, in the minds of the partisans in our media establishment, hydroxychloroquine was purely a political issue.

The drug was no longer a medicine or therapy. It was the medical equivalent of Vladimir Putin.

It was a cudgel they could swing in the air mindlessly to hit their ideological opponents in hopes of political gain. They ignored evidence that hydroxychloroquine might be effective in some ways. They waited anxiously for evidence that it might not be, and the other day they got it. Several recent studies suggested hydroxychloroquine is unlikely to help people who are already severely ill with the coronavirus.

For most Americans, this was disappointing news. They wanted it to work. But at CNN, it was cause for celebration. The network produced a video for its website tallying up every time the president had mentioned hydroxychloroquine.

Over at The Washington Post, which so often seems to work in tandem with CNN and shock troops for the Democratic Party, a person called Philip Bump produced a 3,000-word timeline looking at "the rise and fall of Trump's obsession with hydroxychloroquine."

It was yet another exercise in deep irony.

Bump himself obsessively chronicled every time the president as much as retweeted a mention of the drug. Bump logged the precise number of times that hydroxychloroquine was mentioned on this channel and on Fox Business.

Paging Dr. Freud: It's possible that Mr. Bump may be exhibiting symptoms of obsession.

Earlier this week, Bump wrote yet another article on the same topic, and he ended that piece this way with a suggestion of a sinister conspiracy at work, writing, "Why promote that drug and why so energetically?" Hmm. He left the question hanging in the air.

But as usual, this was pure projection. What the creeps in big media accuse you of doing, every single time, they are fervently doing themselves. They're the ones obsessed with hydroxychloroquine.

Most people just want a drug that works. Those in the media are the ones with a weird, unspoken agenda that's obvious, and yet hidden.

Most people in this country just want a drug that works, and in fact, in some circumstances, this drug may work. Hydroxychloroquine is still being used to treat coronavirus patients.

Dozens of studies of its effectiveness are now in progress, still, at this hour. Many doctors believe it can help if used early or in mild cases of the disease. Veterans Affairs Secretary Robert Wilkie recently said as much in an interview with Stephanie Ruhle on MSNBC recently:

QUESTION: President Trump has touted this, but it is linked to higher rates of death in the V.A. coronavirus related. Can you elaborate? What's going on with this drug?

ROBERT WILKIE, SECRETARY OF DEPARTMENT OF VETERANS AFFAIRS: Sure. That's an observational study. It's not a clinical study.

It was done on a small number of veterans.

Sadly, those of whom were in the last stages of life, and the drug was given to them. And I have to -- I have to also say that the drug -- we know the drug has been working on middle age and younger veterans.

Oh, so correlation is not causation. These are deep waters. Many people on television are not prepared. They're not wearing their swimsuits.

In real life, we are getting mixed results. We need to know more.

This is how science actually works. It's why we still haven't cured cancer despite decades of working on it. But we have prolonged the lives of cancer patients significantly.

These are the kinds of victories you get in this business. Real science is complicated and difficult and almost always incremental.

The party of science no longer understands that because they left science a long time ago.

Karen Whitsett is a Democratic lawmaker in the state of Michigan. She believes she was suffering from coronavirus and steadily getting worse until she received hydroxychloroquine from her physician. Then she recovered.

Whitsett came on this show to explain what happened, and as she explained it, she gave some credit to a president she didn't vote for.

KAREN WHITSETT (D), MICHIGAN STATE REPRESENTATIVE: Dr. Arsiwala did save my life and I do credit, you know, the president to doing so and putting this out there because it wasn't accessible to me if it weren't for that fact.

WHITSETT: I had very little time to be able to get to this and be able to make it because my breathing did become very labored.

So, you just saw a woman who at bare minimum went through a harrowing experience and escaped with her life. We should celebrate, but not everybody is.