Tucker: Where did the coronavirus come from?

One of the first questions rational people asked, and there are some rational people still out there, after the coronavirus arrived in the United States last year was simple: where did this disease come from?

Finding out was more than a matter of simple curiosity. It was an urgent public health imperative. If you want to prevent the next disaster, you have to determine how the current one happened. That’s why we have an NTSB. If we didn’t investigate plane crashes very carefully, planes would keep crashing, and you would never fly.  So as this virus spread around the world, the rest of us waited for some credible public health authority — the CDC, the WHO, anyone — to come forward with details on where it came from. But no one ever did come forward.

Instead, they told us what was, in retrospect, a completely ridiculous story. They said a seafood market in central China was, for reasons that no one ever explained, selling exotic mammals like pangolins, which somehow became a vector for infection. So the Chinese eat weird food; that’s why the world is sick.  That’s what they told us. In China, they knew that wasn’t true. They knew it very early. On February 6, 2020, right at the very beginning, scientists from the South China University of Technology uploaded a paper on the origins of the coronavirus onto the internet. They had a very different view of what happened.

TUCKER CARLSON: FATHER FAUCI SAYS THE PIOUS MUST WEAR MASKS, BUT WHY NOT GO A STEP FURTHER TO PLASTIC BAGS?

The virus, the scientist said, likely came from an animal called the Intermediate Horseshoe Bat. It’s interesting, they said, because there are no known colonies of Intermediate Horseshoe bats within 900 kilometers of Wuhan. Nor were they sold in the famous wet market there. In fact, the scientists interviewed nearly 60 people who worked or shopped in the market. All confirmed there were no horseshoe bats for sale.

So, they believe COVID jumped from bats to people. When and where and how did that happen? The scientists noted the obvious - within a few hundred yards of the wet market was something called the Wuhan Center for Disease Control and Prevention. It turns out that facility used Intermediate Horseshoe Bats for research. About seven miles away was another facility, called the Wuhan Institute of Virology. The Wuhan Institute of Virology also conducted research on Intermediate Horseshoe Bats.

So, for these Chinese scientists, working on the ground at the very beginning of the outbreak, the conclusion was obvious, "the killer coronavirus probably originated from a laboratory in Wuhan." That was the first week of February in 2020. 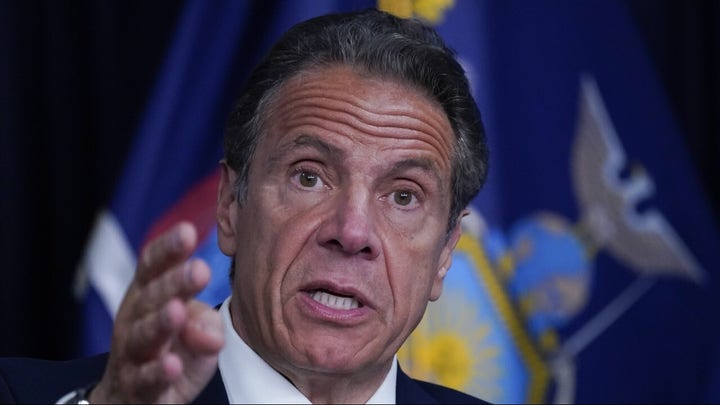 That research sat on the internet for weeks, before Chinese authorities pulled it down. And they have, we don’t know what happened to the people who wrote it. But we have a copy. The amazing thing is, even though this was public, public health officials in the west ignored it completely. When asked about the possibility the virus had come from a lab, they became hostile, in some cases, hysterical.

For example, in a post on the National Institutes of Health website, for example, NIH director Francis Collins, who should know better, dismissed questions about a lab leak as "outrageous." Like you were sinful for asking the question. But those questions weren’t outrageous. They were plausible. Last fall, we spoke to someone with firsthand knowledge of the subject.

Dr. Lee-Mung Yan is an eminent Chinese virologist who worked on COVID, in China, in the early days of the pandemic. She was certain, based on what she had seen, the virus had come from a lab in Wuhan.

DR. LI-MENG YAN:  From my first report, I can present solid scientific evidence that Covid 19 actually is not from nature…I work with the top virologists in the world so together with my experience, I can tell you this is created in the lab. This is from…owned by the Chinese military and also, it is spread to the world to make such damage.

TUCKER: To make such damage. Do you believe the Chinese government released this intentionally? Did they do this?

That was a strong claim. But Lee-Mung Yan had even stronger credentials. Once again, she’s a Chinese virologist who personally did research on COVID, in China, at the very beginning of the outbreak. She’s not an internet fabulist. She had informed, first-hand knowledge about how the pandemic started. Not many people could say that. But she could. And she did. But no one listened. Instead, the usual liars went to work immediately to discredit her personally.

The so-called fact-checking website Politifact attacked Dr. Yan’s claims as, "inaccurate and ridiculous." They never explained how they could know that. Did the gender studies majors at Politifact have access to superior science? We’re thinking they didn’t. But they went ahead and accused Dr. Yan of being a "pants on fire" liar.

That was enough for Big Tech. The media monopolies immediately swooped in to make the whole topic disappear. Facebook censored our interview with Dr. Yan, and then deleted it completely. Instagram, which is owned by Facebook, followed suit. Both used Politifact’s claims to justify their censorship. Then, of course, CNN, swooped in at the end to celebrate the whole thing.

BRIAN STELTER: The other day, Carlson interviewed a "whistleblower" who claimed that she had evidence of a COVID-19 conspiracy in Wuhan, China. But when videos of the interview were shown on social media, Facebook and Instagram intervened by putting a false information label on it.

Catch that? According to CNN, the media monopolies "intervened." This wasn’t a matter of soulless left-wing corporations committing censorship in order to cover for their masters in the Chinese Communist Party. Not at all. It was an intervention. It was done for our own good.

INGRAHAM: WE WON THE COVID DEBATE, NOW GET READY FOR ‘IMPENDING’ CLIMATE LOCKDOWNS

At the time, of course, there was a political subtext: Donald Trump was President. Partisans in the media had no choice but to kill the story. If China turned out to be responsible for the pandemic, Trump would be less responsible for the pandemic. He might be re-elected. So they kept lying for partisan reasons about the virus, and the science around it. You saw reporters do the same thing with their coverage of the drug hydroxychloroquine. Once Trump touted hydroxychloroquine, they called it poison. But it’s a new day now. Joe Biden is in the White House. They got him elected. So some journalists have decided they can drop the pose.

You’ve seen it over the past few months. A number of prominent liberals have publicly reassessed their views on where the virus came from. Yes, they’ve admitted, the virus did emerge from a lab in Wuhan. The physical evidence for that is overwhelming. This virus did not evolve in nature. Read the pieces, they’re interesting.

This virus was, instead, enhanced during lab experiments — reckless, ghoulish, very dangerous experiments, that were paid for in part by American taxpayers, from grants Tony Fauci himself signed off on. That’s all true. They’re admitting it now. Even Politifact has retracted its claim that Dr. Yan is a "pants on fire" liar.

Facebook, interestingly, has not reassessed. Apparently, the company does too much business in China to offend the Chinese military. As of tonight, our interview with Dr. Yan is still missing from their platform. But Dr. Yan herself is very much here.

This article is adapted from Tucker Carlson's opening commentary on the May 21, 2021, edition of "Tucker Carlson Tonight."