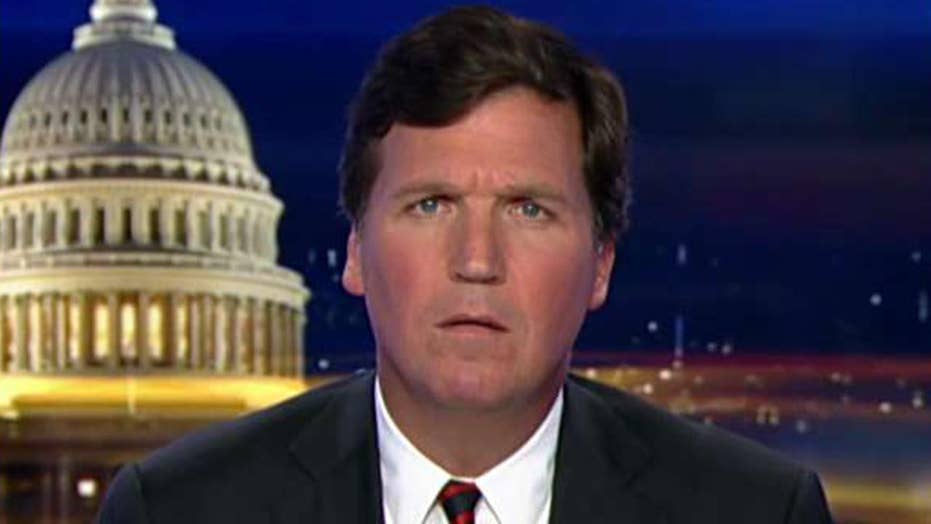 Tucker: People are mad at Assange instead of Obama

If you watched a lot of the coverage of WikiLeaks founder Julian Assange's arrest on television Thursday, you likely came away with the understanding that he is some kind of Russian spy who is in trouble because he stole classified documents from the U.S. government. That is not true. It's factually incorrect, and saying so is not a defense of Assange. We're not here to promote him or excuse any number of things he said over the years that we disagree with quite a lot.

If you're upset about the theft of classified documents from the U.S. government -- and there is reason to be -- we already know who did that. A 22- year-old Army private named Bradley Manning, now called Chelsea Manning. In 2013, Manning pleaded guilty to stealing secret material and got 35 years in prison for it. Shortly after that, President Obama commuted Manning's sentence. This allowed Manning to leave jail decades early, go back on television as a commentator, and then run for political office.

So if your real concern is America's national security, you have someone to be angry at -- Barack Obama. And yet strangely, nobody is.

Instead, they're furious at Julian Assange for posting the documents that other people stole. "Julian Assange has long been a wicked tool of Vladimir Putin and the Russian intelligence services," wrote professional moralizer Ben Sasse, who also serves in the U.S. Senate. "He deserves to spend the rest of his life in prison."

Wicked? The rest of his life in prison? Idi Amin ate people and never faced this kind of scorn. Not even close. Nor, for the record, was Amin ever extradited. He died at 78 years old in his own bed, leaving behind 43 loving children.

So what's going on here? A couple of things. First, Julian Assange embarrassed virtually everyone in power in Washington. He published documents that undermined the official story on the Iraq War and Afghanistan. He got Debbie Wasserman-Schultz fired from the DNC. He humiliated Hillary Clinton by showing that the Democratic primaries were, in fact, rigged. Pretty much everyone in Washington has reason to hate Julian Assange.

Rather than just admit that straightforwardly - that he made us look like buffoons, so now we're sending him to prison -- instead, they're denouncing him as, you guessed it, a Russian agent. "Justice should come to Julian Assange for his role in Russian meddling in our election and the sooner the better," said Sen. Richard Blumenthal, D-Conn.

Okay, so once again, just to be totally clear, no one has ever shown that Julian Assange is a Russian agent. The indictment against him does not say that; t doesn't mention Russia at all. But that has not stopped virtually every politician in Washington from repeating Senator Blumenthal's line, including many Republicans. Robert Mueller nearly killed the Russia collusion hoax. Julian Assange is allowing them to keep it alive.

You'd think journalists would say something about this. Assange is, after all, one of them. What do you call a man who publishes news for a living? Assange is no sleazier than many journalists in Washington; he's definitely not more anti-American. He's broken stories the New York Times would have won Pulitzers for. And yet many of his colleagues have disowned him.

So why all the hostility to Julian Assange? Assange's real sin was preventing Hillary Clinton from becoming president.

"Oh, please," wrote Alexia Campbell of Vox. "Assange is no journalist. We know who he works for. " (Meaning Russia.) "Julian Assange is not a journalist," explained Jelani Cobb of the New Yorker, without actually explaining. Ken Dilanian of NBC, who doesn't so much cover the national security state as he writes memos on its behalf, noted that, "Many believe that if Assange ever was a journalist, those days ended a long time ago."

At NBC when they tell you "many believe" something, it means they believe it.

So why all the hostility to Julian Assange? Assange's real sin was preventing Hillary Clinton from becoming president. Former Democratic staffer and current CNN anchor Jim Sciutto explained it this way: "He is central to several cases. He is central to Russian interference in the election. The U.S. intelligence views him as a middleman, a cutout that he was in effect part of this interference. He's central to questions about what the Trump administration or Trump campaign, I should say, knew prior to the release of those materials, right? What were the communications between Roger Stone, et cetera? It's possible that this has something President Trump himself is not particularly excited about."

It's remarkable to watch this. It's bewildering, actually. There was a time, not so long ago, really, when reporters didn't applaud the arrest of other journalists for publishing information.

In 1971, the Washington Post and the New York Times published a trove of stolen classified documents about the Vietnam War. It was called the Pentagon Papers. Remember that? Liberals loved it. Books were written celebrating their bravery. 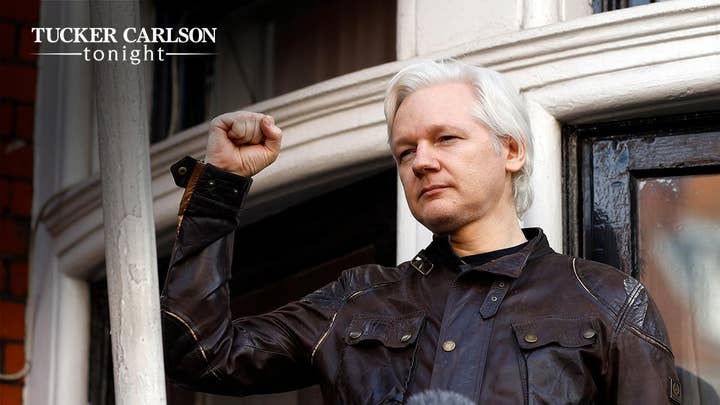 As recently as 2011, the Washington Post saw the connection: "A conviction of Julian Assange would also cause collateral damage to American media freedoms." A Post op-ed said that year, "It is difficult to distinguish Assange or Wikileaks from the Washington Post." And that's true. But that was before the Trump election and the total war that followed, a war in which the media have definitively chosen a side.

Press freedom? Sure, as long as we agree with your politics. The First Amendment? Well, that all depends. Who did you vote for?

The guardians of speech or now the enemies of speech. The people charged with policing power are now colluding with power. There's a reason you see John Brennan on NBC all the time. They're all on the same team now.

We're not saying any of this to defend Julian Assange. We just want to be absolutely clear about who hurts this country more -- and it's not him.