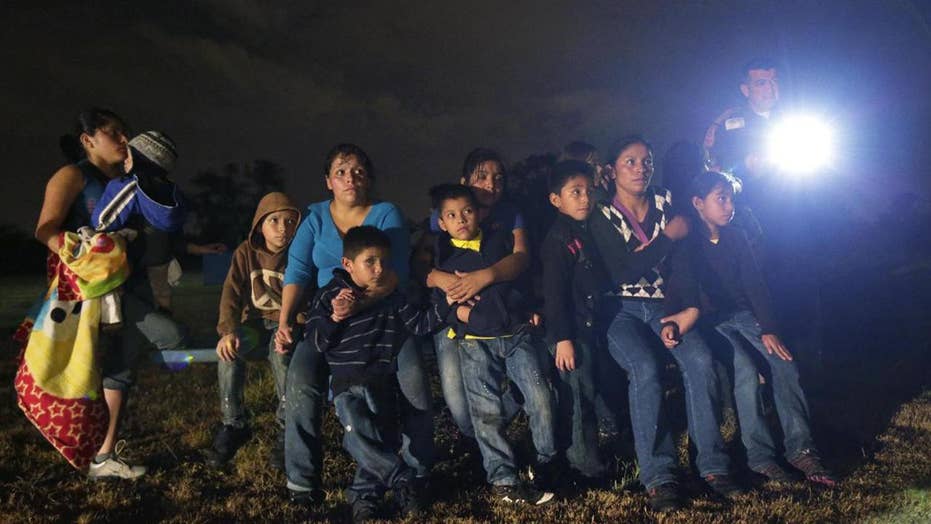 The U.S. immigration system, which has allowed generations of people to immigrate to the U.S. and continues to make America great, is under assault by the Trump administration. The immigration policies of this administration leave the U.S. in danger of becoming weaker and poorer.

During his presidential campaign, Donald Trump promised to crack down hard on undocumented immigrants. He has fulfilled this promise. Deportations are at a record high, although only slightly higher than deportations under President Obama. Border apprehensions are low, presumably due to fewer border crossers. And President Trump is now pushing hard for funding from Congress to start work on the wall he has pledged to build on our southern border.

But it isn’t just the hardline approach on undocumented immigrants that defines President Trump’s legacy during his first year in office. He has also mounted a concerted and continued attack on people legally immigrating to the United States – those who “follow the rules” and are “waiting in line,” in accordance with our immigration laws.

Instead of building a physical wall on our southern border as he wants to do, President Trump has already built a virtual wall designed to prevent, delay, and frustrate people trying to come to our country legally to pursue job opportunities, to go to college, for tourism, and to conduct business.

Instead of building a physical wall on our southern border as he wants to do, President Trump has already built a virtual wall designed to prevent, delay, and frustrate people trying to come to our country legally to pursue job opportunities, to go to college, for tourism, and to conduct business.

The Trump administration dramatically unveiled its first immigration executive orders focused on border security and interior enforcement soon after the president was inaugurated last January. These orders were quickly followed by the unceremonious signing of the infamous “travel ban” late in the afternoon of Friday, Jan.  27.

Because there had been no consultations with the agencies responsible for executing the order, the travel ban caused days of chaos at America’s airports and was eventually stopped by a nationwide court injunction. Several Supreme Court rulings and two versions later, a watered-down travel ban – “Travel Ban 3.0,” – began being implemented in December.

But while the travel ban grabbed the headlines, behind the scenes a series of Trump administration changes and policy pronouncements began to unfold. Some seemed harmless, but cumulatively they are having a big impact. These have included:

The implementation of a mandatory interview requirement for all employment-based green card applicants and their family members. A green card is a government document that allows immigrants to live and work permanently in the United States. For decades, if someone has come to the United States on an employment-based visa – and has already been vetted, screened, and interviewed – the requirement for another in-person interview when the person applies for a green card has been waived. That’s no longer the case. This will severely delay green card processing.

Changes to longstanding policies of U.S. Citizenship and Immigration Services (USCIS). In October, USCIS indicated that it will no longer give deference to previously approved immigration applications for individuals who are seeking to extend their legal status. Historically, individuals who were applying for an extension of their status could rely on USCIS taking into account their previously approved immigration petitions, offering some level of security and assurance that their extension application would be approved. This policy change has resulted in greater uncertainty for workers and their U.S. employers about their ability to continue to live and work in the U.S.

A dramatic increase in the number of Requests for Evidence and denials of nonimmigrant and immigrant petitions. A Request for Evidence is typically issued by USCIS in instances in which a USCIS officer does not believe there is sufficient evidence to approve the benefit sought. Although USCIS has the discretion to request additional evidence, in recent months immigration attorneys have been reporting a substantial uptick in the number of Requests for Evidence issued by USCIS. In in many cases, these requests from USCIS ignore information that has already been submitted by the beneficiary. The impact of these Requests for Evidence is that they can substantially delay the overall processing time of an application, which in turn can create substantial uncertainty for a foreign worker and the U.S. company employing the individual.

The delay and potential termination of the International Entrepreneur Rule. This rule offers temporary permission for highly talented entrepreneurs to come build cutting-edge companies in the United States. The rule was initially delayed from being implemented by the Trump administration in July. However, after a court ruled that the administration violated the law in delaying the rule, the rule is now being implemented. Nevertheless, the Trump administration has expressed an interest in terminating the rule in the long term.

All of these changes have resulted in substantial unpredictability in terms of timing and outcomes for immigrants seeking legal status in the U.S. They also take away valuable and limited resources from the agencies responsible for determining immigration benefits.

These barriers are preventing U.S. businesses from accessing critically important global talent, increasing regulatory burdens and costs for U.S. employers, creating labor shortages for seasonal jobs, and hurting the tourism industry by causing a dramatic drop in the number of foreign visitors to the U.S.

The border wall President Trump campaigned on and still demands is a distraction. The virtual wall that he has already built is invisible but stronger, more effective and more harmful to U.S. employers and families. This invisible wall is not making America great again. It is damaging our country in ways that will impact our nation for generations to come.

Anastasia Tonello is president-elect of the American Immigration Lawyers Association.