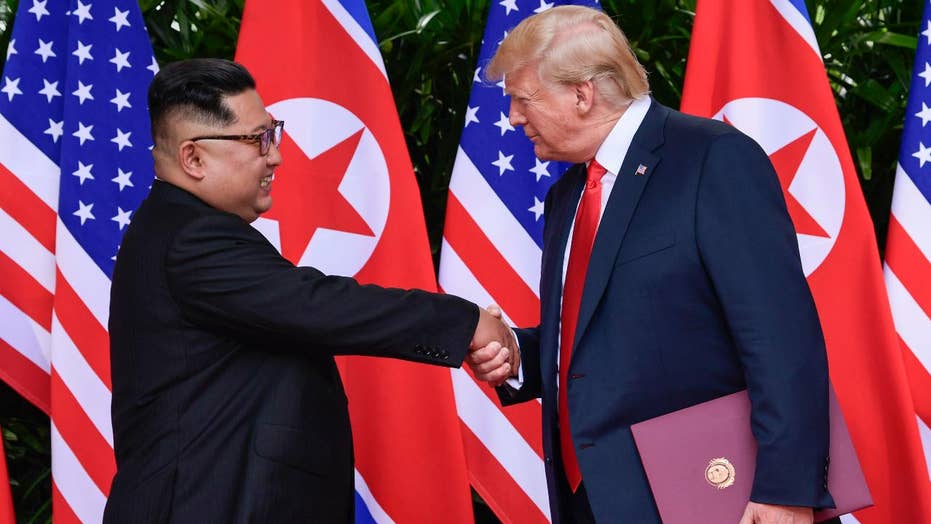 Asia analyst Gordon Chang says the U.S. needs to get a declaration of all North Korean nuclear arms facilities and a time table for disarmament from the second summit with North Korea.

In several days’ time, President Donald Trump and North Korean leader Kim Jong Un will meet in Hanoi, Vietnam. The location is promising. After all, Hanoi stands as a testament to how relations between two adversaries can change.

On Christmas Day 1972, the U.S. dropped over 20,000 tons of explosives, mostly on Hanoi. The bombing attack was one of the last big American offensives in the long, bitter Vietnam War. Forty-six years later, the U.S. and Vietnam enjoy normal relations.

That’s not to say that everything is peachy keen between the two countries, or within Vietnam for that matter.

Recently, Human Rights Watch delivered a blistering assessment of political and civil rights in Vietnam. And while noting some improvement, The Heritage Foundation’s latest “Index of Economic Freedom” still rates the country’s economy as “mostly repressed.”

In sum, Vietnam looks nothing like the democracy that America was fighting to build four decades ago. Yet, rather than accentuate their differences and harbor the hostilities of the past, the two nations today look for common ground, forging ties and relations that make people less likely to pick up their cudgels again.

For that to happen, Kim will have to be brave enough to take steps that demonstrate his country is done being an outlaw nation.

First and foremost, North Korea will have to deliver a full and verifiable declaration of all of its nuclear capabilities. Without that declaration, there is no tangible proof that the regime is interested in peace.

The odds are that Kim won’t agree to deliver a declaration at the summit. That’s ok. It’s not the end of the world and not the end of diplomacy, as long as the U.S. doesn’t make concessions that jeopardize either the diplomatic effort or our security.

The worst outcome would be if Hanoi becomes Stockholm – birthplace of the “Stockholm syndrome,” the condition wherein hostages develop a psychological attachment to their captors.

We’ve seen this before. Negotiators become so immersed in keeping negotiations going, so intent on keeping the other side at the table, that they offer “sweeteners” that compromise their own national interests.

Right now, Trump is being bombarded with warnings from all sides – the North Koreans, our South Korean allies, and parts of his own government: He must not let negotiations fail; he must give something significant to keep Kim from walking away.

That advice is wrong-headed. There is no problem with diplomatic gestures, but right now what protects America from Kim is not diplomacy, but rather the pressure campaign being waged against his regime.

The pressure comes from military deterrence (both nuclear and conventional force strength), missile defense and heavy sanctioning. If the president compromises on any of these before North Korea denuclearizes, he would be putting the safety and security of America and its allies at greater risk.

While it would be a disaster for Hanoi to be Stockholm, we can all hope that Hanoi will turn out better than Reykjavik. At a 1986 summit meeting there, President Ronald Reagan walked away from the table when the Russians demanded too much for a nuclear arms deal.

For sure, Trump should walk away if Kim makes demands that would compromise U.S. interests. But, the U.S. should be able to avoid that unsatisfying outcome.

Consider this scenario. North Korea is likely to continue to demand that the U.S. sign a peace treaty, even though there is no peace. It would be an unnecessary concession for the U.S., one that would just lead Kim to demand more and deliver less.

Instead, Trump should continue to emphasize the advantages of normalization on the backend – and how Pyongyang could wind up on a better side of history, just like Hanoi.

Such a path won’t solve every problem for this troubled Asian country. The regime’s human rights record, for instance, is still a major problem. But it’s a path along which North Korea could start transitioning toward becoming a “normal” nation.