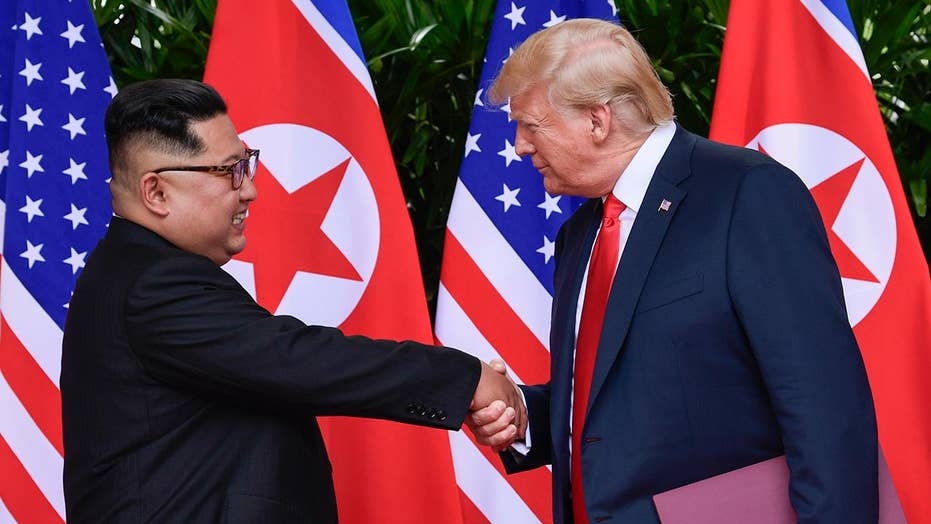 MIT's Jim Walsh on what to expect at President Trump's second summit.

The date is set. The city is picked. And the hotel rooms are currently being booked. On February 27 and 28, President Donald Trump and North Korean leader Kim Jong Un will come together in Hanoi, Vietnam for their second summit in eight months. To the president’s critics, the confab could end in disaster; to the president himself, the meeting with Kim could represent another notch in “advancing the cause of peace.”

As it has for over two decades, the Washington foreign policy establishment will focus incessantly on denuclearization as the ultimate measurement of the summit's success.  North Korea’s nuclear dismantlement, however, is an objective beyond any U.S. administration’s capacity to achieve.  No amount of economic sanctions, diplomatic pressure, or threats of military force will convince or frighten Kim Jong Un into parting ways with a nuclear weapons program that has provided his regime with a security blanket.

We need a completely different metric for success, one that goes beyond the fantasy of complete, verifiable, and irreversible denuclearization that so many policymakers, analysts, and pundits in the Washington Beltway fixate on.  Ultimately, the paramount U.S. policy objective with respect to North Korea is not denuclearization, but peace, security, and predictability on the Korean Peninsula.

At the present time, there is no prospect of the Kim regime eliminating the entirety of its nuclear weapons capability.  While it is certainly possible that the North Koreans will agree to some partial, reversible steps on the nuclear front by continuing its testing suspension and perhaps even freezing the production of nuclear fuel, the White House should not anticipate the regime going beyond those measures in the current security environment.  Why, after spending untold billions of dollars over a quarter-century researching, developing, building, and modifying a nuclear and ballistic missile capability at considerable cost to its economic development, only to have a change of heart?  Given North Korea’s weak position compared to its more wealthy and militarily powerful neighbors, Kim Jong Un would be downright crazy to do so.

Fortunately, just because denuclearization is unattainable over the short to medium term doesn’t at all mean that President Trump should cancel this month’s summit or dismiss it a waste of time.  Trump's upcoming meeting in Hanoi can still be a success, but only if the president focuses less on Pyongyang's nuclear dismantlement and more on creating a more amicable and predictable security and peace regime on the Korean Peninsula.  Indeed, if Trump leaves Vietnam with a mutual commitment from Kim to turn the page on nearly 70 years of hostile relations between Washington and Pyongyang, the president would have accomplished something his predecessors have not.

South Korean President Moon Jae In has already exhibited to the world how beneficial reconciliation with the North can be to the security of the region.  In 2017, inter-Korean relations were at their lowest point in years.  The two Koreas were engaging in tit-for-tat military exercises in an attempt to send a message that any conventional conflict would be fought on their own terms.  Pyongyang’s nuclear and ballistic missile testing and Seoul’s counter-battery and artillery drills raised the temperature to the point where a deliberate or accidental military miscalculation was not outside the realm of possibility.

Although inter-Korean ties are still nowhere near normalized, the improvement in the bilateral relationship has nevertheless provided positive dividends to Seoul, Washington, Tokyo, and the entire Northeast Asian region.

Moon’s personal stewardship of diplomacy with the North over the last year, however, has substantially reduced the tension on the Korean Peninsula and likely helped created the space for the U.S.-North Korea negotiations that are now ongoing.  Although inter-Korean ties are still nowhere near normalized, the improvement in the bilateral relationship has nevertheless provided positive dividends to Seoul, Washington, Tokyo, and the entire Northeast Asian region by lowering the chances of military confrontation and opening up opportunities for an historic peace.

Many in Washington would cringe at the idea of normalizing or at least improving the U.S.-North Korea relationship as long as Pyongyang fails to demonstrate the strategic commitment to part ways with its nuclear arsenal.  This conventional view, however, is both antiquated and dangerous, for it categorizes the prospects of a more peaceful and stable Korean Peninsula as a premature diplomatic U.S. concession to the North Koreans.

This couldn’t be further from the truth.  In fact, it’s the exact opposite—peace is not a giveaway to the North, but very likely a prerequisite if denuclearization is to be achieved over the long-term.  U.S. national security would be significantly enhanced in the event of peace regime on the Korean Peninsula and a more productive bilateral understanding between Washington and Pyongyang.  Miscommunication would be managed through diplomatic channels rather than by military brinksmanship, decreasing the likelihood of war exponentially.  Such a situation would benefit all countries with a stake in Northeast Asia.

Some no doubt make the case that Kim Jong Un can’t be trusted with nuclear weapons in any capacity.  This argument, though, is based more on hyperbole than on rationality.  The reality is very different: while Kim has certainly proved to be ruthless to his domestic enemies, he is not a stupid or irrational man with a death wish.  He understands that using his nuclear stockpile against the U.S. or any of its allies would be the signing of his own death warrant.  For someone whose top priority is self-preservation and regime longevity, using nuclear weapons would precipitate the very destruction of his regime he is so desperate to avoid.  Over the 12 years North Korea has been a de-facto nuclear weapons state, deterrence has been as effective on Kim Jong Un just as it was against Joseph Stalin, Nikita Khrushchev, Leonid Brezhnev, and Mao Zedong during the Cold War.

As Trump prepares for his second meeting with Kim, he would be well advised to block out the noise coming from Washington.  If denuclearization is possible, it will only occur over a long period of time.

In the meantime, the United States should be bold and courageous enough to open discussions and take steps towards more constructive and normal relationship with an old adversary—a relationship that may very well improve the otherwise slim possibility of a non-nuclear North Korea sometime in the future.

Daniel R. DePetris (@DanDePetris) is a fellow at Defense Priorities and a columnist for the Washington Examiner.