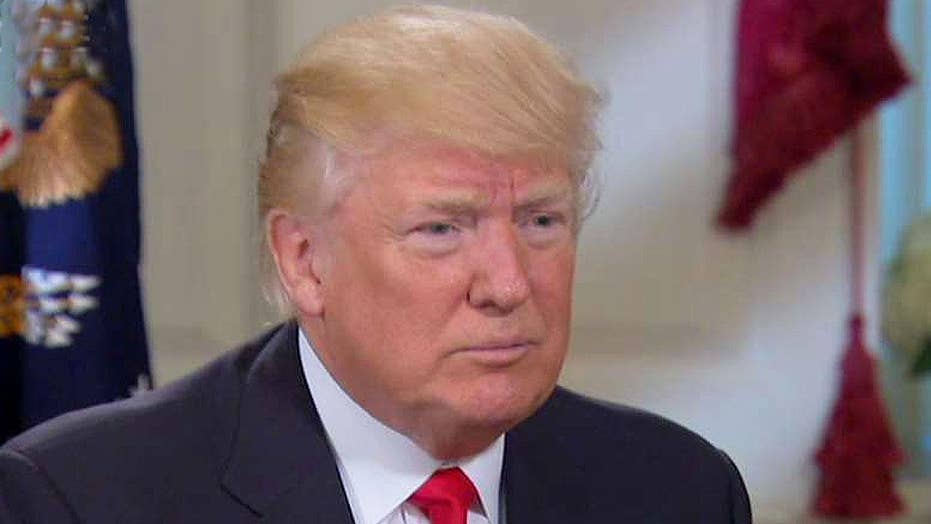 There’s no magic to the first hundred days of a president’s administration, other than the memory — sacred to liberal progressives — of the fundamental changes to America that Franklin Roosevelt made in his first hundred days.

Roosevelt was inaugurated on March 4, 1933 (the date of inaugurations was moved to January 20 by the passage of the Twentieth Amendment in 1933). By the 104th day of his presidency, Roosevelt, aided by his advisor, Harry Hopkins (the most important of all Soviet wartime agents in the United States), had signed, among others, the Agricultural Adjustment Act, which paid farmers not to farm; the Truth-in-Securities Act; the Glass-Steagall Act; the National Industrial Recovery Act, later struck down by the Supreme Court; and bills creating the Federal Deposit Insurance Corporation, the Tennessee Valley Authority, and the Home Owners Loan Corp. It may be a stretch, but not a big one, to say Roosevelt created the welfare state in a hundred days.

Liberal progressives are now hugely enjoying (and fooling) themselves at what they claim is the lack of legislation enacted during Donald Trump’s first hundred days — and chastising him for getting so little done.

Of course, the less legislation there is, the happier they are, since they do, or will, oppose most of Trump’s proposals, as they have opposed most of the president’s nominees to executive branch positions.

Joe Peyronnin writes in The Huffington Post that “Trump has had the worst first 100 days of any modern-era president.”

MSNBC analyst Jonathan Alter said, “This is the worst, least successful, first 100 days since it became a concept in 1933.”

Charles Blow writing in The New York Times pats himself and others on the back saying, “The resistance to the travesty of Donald Trump’s presidency is holding up just fine, thank you very much.” (Actually, it isn’t.)

The Nation ran a piece that said, “The great lesson of these first 100 days is that, even when Republicans control Washington, resistance is possible.”

The New Yorker even ran a piece on April 17 by John Cassidy entitled “The Trump Resistance: A Progress Report.” This is all catharsis for Hillary’s supporters, the non-deplorables. That’s OK. We’re a rich country. Everyone can have something. Hillary’s supporters have Resistance as Catharsis. Trump’s have Schadenfreude. Both are growth stocks.

But the catharsis is taking a toll on the political integrity of the Trump opposition. How else to explain this line from Cassidy’s piece: “To the extent that the goal of the resistance is to make sure the checks and balances in the American political system work as intended, and to prevent the emergence of an overweening presidency, or a potential despot, it seems to be succeeding.” Are The New Yorker and John Cassidy turning their backs on the way Barack Obama governed? By pen, and phone, and executive order? That (if true — and it isn’t) would suggest Donald Trump has already been more successful than even his own supporters dreamed — and well before a hundred days were up.

Trump supporters need not despair at the lack of major legislation so far. The hundred-day mark is purely arbitrary. A more meaningful period is the one that starts on the day of the inauguration and goes to the beginning of Congress’s summer recess (July 28, 2017). But even that is an arbitrary timeline. Trump’s stated goals are to make fundamental changes in the way the country has been governed since Harry Hopkins was whispering communist nostrums into Roosevelt’s ear.

Despite the resistance’s claim that they seem to be succeeding, all is not well for them. President Trump has already, inter alia: signed 25 executive orders (the most of any first 100-day period in more than 50 years); gotten a Supreme Court nominee confirmed; instituted immigration policies that have driven illegal border crossings to a 17-year low; and removed job-killing regulations.

Adam Cohen, author of “Nothing to Fear: FDR’s Inner Circle and the Hundred Days That Created Modern America” says, “Even if there are not many major tangible accomplishments, [Trump’s] administration has changed the political and cultural trajectory of the country — not as much as FDR did following Herbert Hoover, but more than the average new president does.”

What President Trump hasn’t accomplished, yet, is getting enacted the big ticket items he campaigned on: repealing ObamaCare, restructuring the tax code, building the wall, rebuilding the military, and deconstructing the administrative state.

But those items are hugely controversial, even among Republicans. They will take time. Fortunately, there is time. Trump still has a thousand days to go … in his first term.

The bad news for the resistance is that if the election were held (again) today, Hillary would still lose. That means Resistance-as-Catharsis will be big business for a long time to come.

But not as big as Schadenfreude.

Daniel Oliver is Chairman of the Board of the Education and Research Institute and a director Citizens for the Republic. He is a former chairman of the Federal Trade Commission.