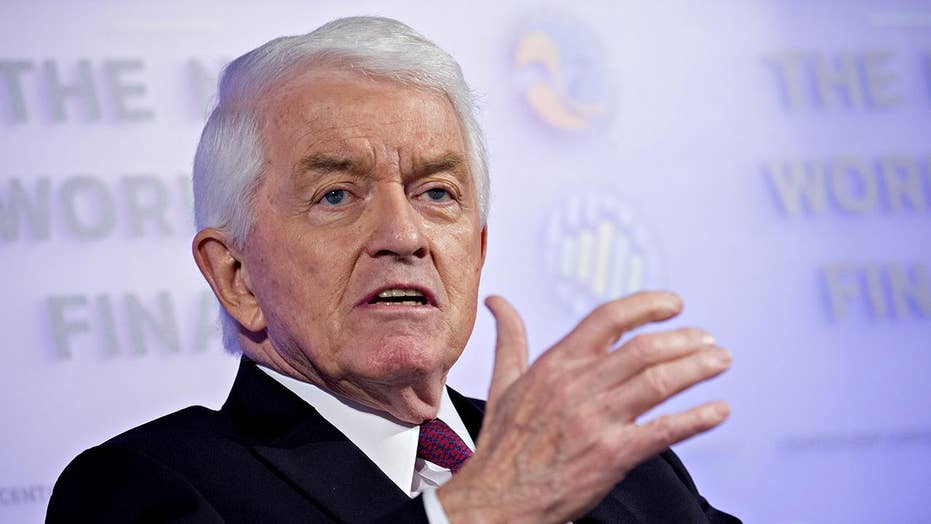 Chamber of Commerce CEO: USMCA will carry our economy forward

The Trump administration and congressional Democrats have struck a deal to pass the United States-Mexico-Canada Agreement. While partisanship abounds in congressional impeachment hearings and with the impeachment vote likely to occur one day before the USMCA vote, Congress should give the American people the Christmas present they deserve: a ratified USMCA that will pave the way for growth in 2020.

Tax and regulatory reform have helped spur investment, employment and productivity growth since the start of the Trump administration in 2017. Economic confidence rebounded in November, GDP was just revised upward for the third quarter, and consumer spending continues to grow. However, trade headwinds and global growth concerns have caused business investment to decline in 2019, threatening to slow growth over the next year. Hopefully, China and the U.S. will reach a trade deal soon. In the meantime, Congress should pass the USMCA.

Passing the USMCA could meaningfully help shore up business confidence and aggregate productivity in a way that would help drive the growth we need to continue making America work for everyone. For example, economists from the University of Michigan and the University of Maryland have found that uncertainty associated with the resolution of Brexit trade disagreements has stifled exports for the EU and U.K. More generally, there is a consensus among economists that uncertainty hampers investment.

USMCA is a direct improvement on NAFTA in that it will help U.S. exports of agricultural products, primarily dairy, as Canada has agreed in the USMCA to limit the degree to which they continue to subsidize their own farmers. Although some have critiqued USMCA by arguing that it limits trade more than NAFTA, USMCA offers a new framework for protecting digital services and promoting the digital economy in the 21st century, which wasn’t on anyone's mind when writing NAFTA.

Moreover, many of the perceived negatives of USMCA, relative to NAFTA, around restrictions on textiles, apparel and automobiles, are small when put in perspective. For example, the production of motor vehicles accounts for roughly 2 percent of overall output and the production of apparel accounts for less than half a percent as of 2018. Meanwhile, the digital economy is rapidly expanding, growing nearly four times as fast as the rest.

White House projections suggest that failure to pass USMCA could cost the economy 176,000 jobs and $68.2 billion in real GDP. However, our calculations suggest that these estimates are overly conservative because they don’t account for the adverse effect of inaction on investor confidence and uncertainty.

White House projections suggest that failure to pass USMCA could cost the economy 176,000 jobs and $68.2 billion in real GDP.

More recently, when President Trump suspended the scheduled tariffs against Mexico based on their agreement to help enforce irregular immigration on June 7, 2019, the S&P 500 jumped by over 1 percent (adding $291 billion in market capitalization). Put simply, the stock market responds to USMCA-related information.

If any of these events are an indication, these results imply that the resolution of uncertainty about USMCA could amount to hundreds of billions in additional stock market gains.

Moreover, this Congress only has 186 days left to pass USMCA — a rough approximation of next year’s legislative days plus the remaining days in December. Failure among the Democrats to act before Christmas could cost the American taxpayer billions.

Further delay would only create heightened trade policy uncertainty, which dampens investment and economic growth today, illustrated by research from Professor Steve Davis at the University of Chicago and Hoover Institution. The Democrats could prevent these billions of dollars from going down the drain if they continued to work with Republicans to finally pass USMCA.

Passage is smart politics. Our own calculations using data licensed from Gallup suggest that people living in states that were more exposed to import competition from China are more likely to view trade as a threat, rather than an opportunity. The Democrats can complain all they want about Trump, but, if they’re interested in getting re-elected, the least they could do is listen to their constituents who are desperate for a sustainable solution to misalignment in the terms of trade.

While it is easy for critics to throw sticks at the Trump administration for its activity on trade-related issues, the reality is that there is severe misalignment in the terms of trade — and someone needs to do something about it, rather than continuing to kick the can down the road. Our analysis reinforces the view that trade realignment offers significant growth opportunities for the American worker and economy.

Jon Hartley is an economic policy analyst, researcher and writer based in New York and is a regular economics contributor at Forbes among other outlets. @Jon_Hartley_
ADVERTISEMENT