Watching the deliberate, determined partisan negotiating strategies of Speaker Nancy Pelosi, D-Calif., and Minority Leader Chuck Schumer, D-N.Y., I was reminded of my own experience in the budget negotiations of 1990.

President George H. W. Bush had won the 1988 election in part because of his great speech at the Republican National Convention. Americans were thrilled when he said: “I'm the one who won't raise taxes. My opponent now says he'll raise them as a last resort, or a third resort. When a politician talks like that, you know that's one resort he'll be checking into. My opponent won't rule out raising taxes. But I will. The Congress will push me to raise taxes, and I'll say no, and they'll push, and I'll say no, and they'll push again, and I'll say to them, ‘Read my lips: no new taxes.’”

This “no new taxes” pledge was the culmination of a struggle that began when the 1984 Republican platform adopted a plank calling for no new taxes. It contrasted sharply with the 1984 Democratic nominee and former Vice President Walter Mondale, who said in his nomination acceptance speech that he would raise taxes. (Something we gleefully used to defeat him decisively.)

The Republican opposition to tax increases was reinforced by Grover Norquist's development of a no tax increase pledge, which then-Vice President Bush had reluctantly signed in 1987 – and which became a major point of distinction between him and his primary Republican rival for the nomination, U.S. Sen. Bob Dole, R-Kan.

Seen in this context, Bush’s pledge “read my lips: no new taxes” felt to conservatives like a historic victory over the old order – and a promise that was at the heart of his victorious majority.

So, Democrats looking ahead to the 1992 election had one major goal: Get President Bush to break his word, raise taxes and take the enthusiasm out of his conservative base. 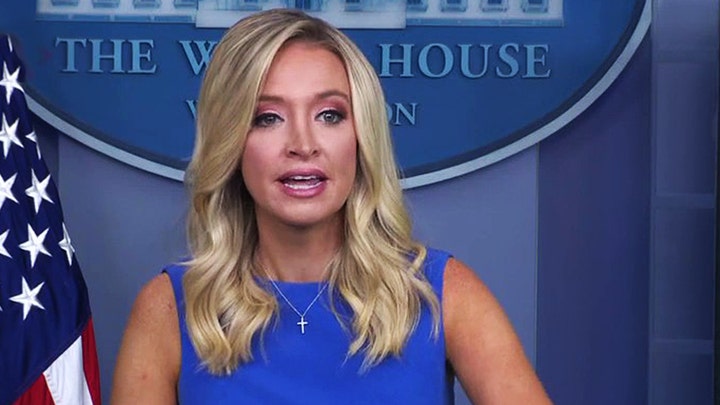 President Bush felt obligated to get to a budget agreement because he had placed more than 500,000 Americans in the Middle East to drive Saddam Hussein out of Kuwait. The Democrats felt no sense of patriotic obligation to help a wartime president. They placed partisan politics above patriotism and were willing to starve the military to get their tax increase.

In the end, President Bush caved. We had a tremendously sad meeting in the Cabinet Room, and the other Republican leaders pledged to support the president in raising taxes. I said he had broken his pledge, and this would probably lead to his defeat in 1992. Most House Republicans joined me in voting against the tax increase.

Right now, President Donald Trump is in a situation that is strikingly similar to President Bush’s dilemma. Where Bush had 500,000 troops in the field, President Trump has an entire nation faced with a pandemic, a government-imposed depression and an education crisis in which powerful, politically motivated teachers unions are making unreasonable demands and pushing for a radical agenda which has nothing to do with education.

The Union-driven education crisis is especially horrible because there are many good teachers in the country who have genuine and valid concerns about their health and the health of their families, friends and students. The radical demands of the unions are crowding out legitimate voices who want to figure out how we can safely educate our children during the pandemic.

President Trump’s position is further burdened by campaign timing. A lot of Senate Republicans will accept a terrible deal just so they can go home and campaign on having done something. There is also a challenge within the president’s own team because some keep (wrongly) thinking Pelosi and Schumer can be dealt with. However, Pelosi and Schumer believe the Republicans are on the edge of panicking. They are quite willing to place their partisan interests above any appeal to patriotism.

They just proved their ruthlessness and arrogance when they refused to pass a small bill to continue unemployment compensation. They are counting on their allies in the propaganda media to put the blame on the president and the Republicans. If this political play requires accepting pain for millions of Americans, the Pelosi-Schumer team is happy to impose the pain and then blame the Trump White House. This is part of the radical Democratic pattern I discuss in my new book, "Trump and the American Future."

So, this is not a genuine negotiation. It is a surrender ceremony in which Pelosi and Schumer are confident that every time they say “no” the Republicans will crumble and offer them more. Meanwhile, the Republicans negotiate with themselves and get anxiety-ridden. Eventually, they might say “yes” to the Pelosi-Schumer demands just to end the tension.

The right model for President Trump is President Ronald Reagan. When faced with unacceptable demands, Reagan said “no” and found other ways to achieve success.

The Professional Air Traffic Controllers confronted Reagan with a strike in the first six months of his presidency. They had planned to intimidate President Jimmy Carter. I had been endorsed by their union (PATCO) and met with their leaders. I tried to explain to them that Reagan was not Carter. They rejected my advice to negotiate. Two weeks later, they had all been fired and replaced. The American people supported the president.

Reagan did not negotiate his major legislation with the Democratic leadership. He appealed to the American people to get them to put pressure on members of Congress. An inside negotiation would never have produced the three-year tax cut, which was the heart of Reagan’s economic recovery and growth program. But a campaign focused on educating and arousing the American people did.

Reagan had learned during eight years of working at General Electric that if you moved the majority (the voters – not the politicians) the elected officials had to follow them. (See Thomas Evans’s small book, "The Education of Ronald Reagan," for a brilliant outline of what Reagan learned and how it worked).

Reagan also knew how to say “no.” After the 1984 no tax increase platform, he never allowed his staff to consider a tax increase. During the Reykjavik summit, Mikhail Gorbachev offered Reagan everything in return for giving up missile defense. Reagan said “no.” Six months later, Gorbachev gave Reagan everything he wanted without Reagan yielding an inch on missile defense.

When Reagan decided he wanted to say: “Mr. Gorbachev tear down this wall,” every element of the bureaucracy – and all of his senior staff – were opposed to it up through breakfast in Berlin and the ride to the speech. Reagan ignored them and uttered the famous phrase, which forecast what would happen two years later.

The current situation deserves a Reagan-esque response. As White House Press Secretary Kayleigh McEnany said on Tuesday, “It is Democrats ... that are making an absolute mockery of this process. We’re still engaging with them, but this president has been clear: He is ready to act on this.”

President Trump should give a major speech to the American people outlining every offer, and the sequence of offers, which the Pelosi-Schumer legislative dictatorship has rejected. He should note each group that was being hurt by the Democrats’ intransigence. He should indicate that their partisanship was a threat to the country and that as president he owed it to the American people to solve problems – even while the Democrats do everything they can to obstruct progress and cause the country pain.

Then he should announce an amazing sequence of executive orders designed to achieve as much as legally possible in dealing with the pandemic, reopening the schools, strengthening the economy and other efforts that would help Americans.

Finally, he should announce a new set of legislative proposals being sent to the Hill and ask every American to call their House and Senate members and ask them to put patriotism above partisanship to get something good done. He should indicate he was asking Congress to stay in through August until it did its job.

This is a far better outcome for America, the Republicans and President Trump than any plausible surrender to the absurd demands of Pelosi and Schumer.