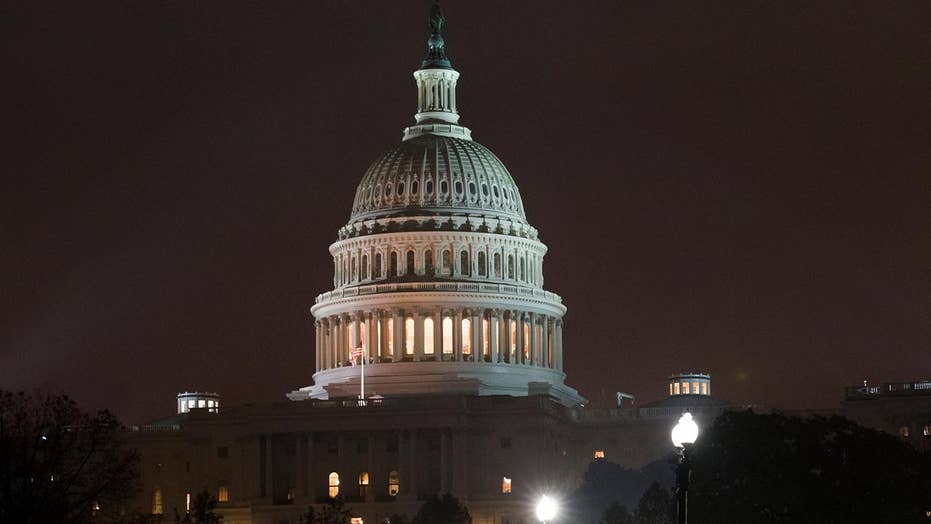 Do Democrats have any actual articles of impeachment?

As Paul Harvey’s biographer and a long-time listener of his ABC radio broadcast, there have been many days over the course of the last decade when I’ve wondered what the radio legend would have to say about the state of American politics, especially now after two long weeks of impeachment hearings by the House Intelligence Committee..

In times like this, I miss the Tulsa-born radio provocateur. Paul’s been gone for over 10 years, silenced in February of 2009 at the age of 90. In some ways, he was a precursor to Twitter, his style characterized and punctuated by pithy commentary and reporting, often in 140 characters or less.

America has changed in so many ways since Harvey’s heyday when radio news reigned supreme. Although decidedly conservative in many ways, he wasn’t swayed by partisan cheerleading, especially in his later life. He was sage, a teacher who regularly encouraged listeners to look beyond the “dark headlines of Page One.”

HARMEET DHILLON: IMPEACHMENT-OBSESSED ANTI-TRUMP DEMOCRATS WON'T LET FACTS GET IN THE WAY OF THEIR CAMPAIGN

And that’s precisely how I think he would have approached these last few weeks of impeachment hearings.

Paul would have reminded us there is more to every story than initially meets the eye, and there are often more important matters than the media’s self-selected themes.

“Page One,” he would often say, “is proof of nothing except that one gunshot makes more noise than a thousand prayers.”

As Rep. Adam Schiff, D-Calif., and his fellow Democrats carried on in the Capitol hearing room, Harvey would have reminded his listeners that the nation’s most formidable battles are actually being waged in hospital cancer wards and on the nation’s streets, patrolled by brave police “who must be a minister, a social worker, a diplomat, a tough guy and a gentleman.”

The hearing room table may be a site of high drama, but it’s at our kitchen and dining room tables, he would have said, that the most consequential conversations are taking place today.

Paul wouldn’t have bought into the exasperated headlines heralding the impeachment hearings as “unprecedented.” He would have scoffed at such hyperbole.

In the summer of 1974, on the eve of impeachment hearings centered on President Richard Nixon’s involvement in the Watergate break-in and cover-up, Harvey -- a friend of the embattled president -- refused to call for either his exoneration or removal. Instead, he referred to the whole process as the “political A-bomb of press-pressured impeachment.”

I guess some things never change.

Harvey opined back then that Nixon’s record had been “torn, spindled and mutilated” – but that the president should be “judged not by rebuffs but by results, not by faults but by fruits.”

Paul then added, in exasperation reminiscent of President Trump’s strongest defenders, “If it’s lovability you have to have in a leader, elect my wife.”

The ascent and election of Donald Trump to the American presidency would surely have intrigued, though not necessarily surprised Harvey. That’s because unlike many of his media contemporaries, the newsman knew the pulse of Middle America because his heart beat in rhythm with theirs – even broadcasting each day from his Midwest Chicago perch, a geographic location that allowed him to ideologically and emotionally see as far east as west.

Harvey didn’t suffer political fools lightly, and I sense he would have reserved his strongest words for the politicians who throughout this process are – to borrow one of his many gems -- “hiding behind the same Constitution they’re simultaneously setting fire to” in their quest to impeach the nation’s 45th president.

After two weeks of hearings – ironically leading into Thanksgiving week, no less – Paul would have urged caution surrounding not just partisan rancor or activity, but also the attitude and the motivation and behavior of those who are leading the charge.

“It’s not when citizens object, or correct, or reject,” Harvey once wrote. “Men can flail their government with the ten-tailed lash of anger and make it stronger. It is when they laugh that the end is near. When a government is mocked by the snide snickers of its own citizens, that is the death rattle with which empires die.”

On the verge of the upcoming Thanksgiving holiday, I think Paul would have us turn our gaze from the fractious spectacle of impeachment to the blessings of our families – made stronger yet “with the soft strong bonds of sharing, who would laugh and then sigh and reply with smiling eyes.”

So, what does President Trump’s future hold? What does ours?

Paul would have assured President Trump and the rest of us that in America, “Tomorrow has always been better than today.” He’d also remind us that the weeks and months to come will surely tell “the rest of the story.”