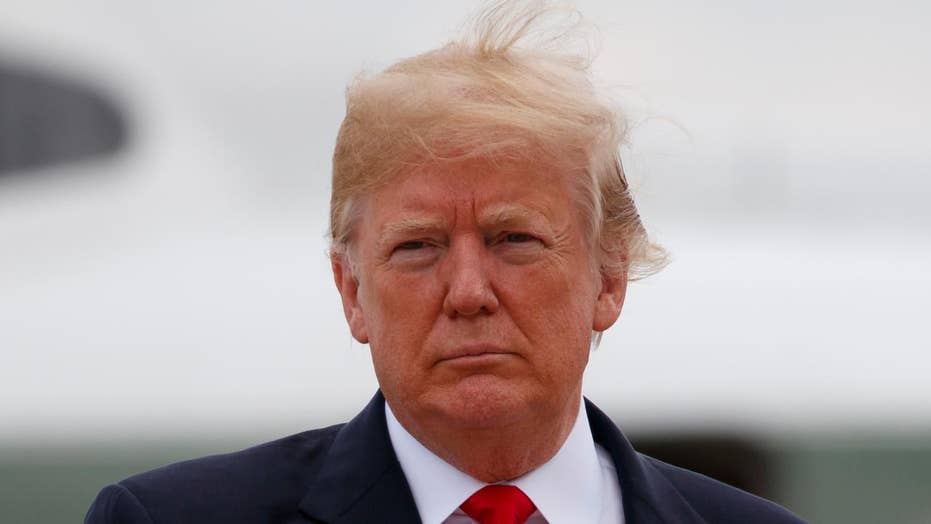 House Republicans face stark disadvantages as the public impeachment hearings kick off on Wednesday, both procedurally and substantively.

Procedurally, the problem is that the House is a majority-rules body (unlike the Senate, where the minority party has real rights, which force the majority to compromise). Democrats can run this show like autocrats, and that is precisely what they are doing.

The result is that the hearings are an abuse of power. To grasp why, it is best to refer to Chairman Adam Schiff’s grand jury analogy for his Intelligence Committee’s phase of the impeachment inquiry, which goes public on Wednesday morning.

ANDREW MCCARTHY: ELECTIONS, NOT IMPEACHMENTS ARE HOW WE RESOLVE POLICY DISPUTES IN THIS COUNTRY

A real grand jury never goes public. The only purpose of a grand jury is to make sure the prosecutor has enough of a case to proceed to trial. Therefore, only the prosecutor’s evidence is in play, there is no obligation to consider exculpatory information or the defense’s case for innocence. That is why, by law, the proceedings are secret. Publicizing such a hearing would be too prejudicial to the suspect.

Procedurally, the president and Republicans are being denied all of this. In effect, Schiff is doing exactly what we do not permit in criminal cases because it offends the Constitution: He is prejudicing the president by publicly laying out the prosecutor’s case but denying the president and the Republican majority their due process rights to contest the case by confronting it effectively and presenting their own defense.

Substantively, the Republicans are behind the eight-ball because of the president’s flawed strategy.

In a normal criminal case, it is a given that something bad has happened – some crime has occurred. A good defense lawyer’s strategy is to concede what cannot be believably contested (you cannot maintain credibility with the jury by defending the indefensible). The idea is to shift the heart of the dispute to the ground you can best defend.

Meantime, you attempt to shift blame for any wrongdoing to the dead and the missing. Say, a suspect the prosecutor has not charged – maybe he’s a cooperating witness, maybe he’s a fugitive, maybe he’s shuffled off this mortal coil. For the defense lawyer’s purposes, he’s a person who is not in the courtroom – meaning he does not have counsel to fight any allegations, and no one has a motive to come to his defense.

Blame-shifting can be a very effective tactic. But it only works if you concede that something wrong has occurred for which blame needs to be shifted.

In this instance, President Trump has insisted that there was absolutely no wrongdoing – his call with President Zelensky was “perfect.” If Committee Republicans are going to be in harmony with the White House, they are frozen on this point. Their pitch has to be that Democrats are completely fabricating the misconduct they allege; there is no blame to be shifted to other suspects or missing witnesses.

Obviously, this plays to the Democrats’ advantage. “Perfect” is an impossible standard to live up to in human affairs. A good trial lawyer never takes on the burden of proving things he need not prove. The president’s defense is not that his behavior was perfect; it’s that his behavior was not impeachable. Republicans cannot make that defense as effectively if they are hamstrung in conceding that aspects of the president’s call – as well as other evidence of administration communications with Ukrainian officials – were less than perfect.

Though disadvantaged procedurally and substantively, Republicans must play the hand they’re dealt. The best card they have to play is Adam Schiff. He will be front and center anyway, so the president's defenders might as well exploit that. They will hammer that he is not an honest broker, is not conducting a fair hearing, is, in fact, presiding over a proceeding that would be constitutionally offensive if it actually were a grand jury.

If they cannot shift blame to missing participants in the Ukraine negotiations, they can shift focus to missing players and issues the Democrats have suppressed – the whistleblower, who is being kept under wraps after it emerged that he consulted with Schiff’s staff before filing his complaint; corruption allegations involving the Bidens; and the collusion between Ukrainian officials and Democrats in connection with the 2016 election.

Raising these matters, and having Schiff continue to stonewall on them, would highlight that the president has his side of the story and Democrats are heavy-handedly denying his ability to tell it. At this early stage, that is their best approach.