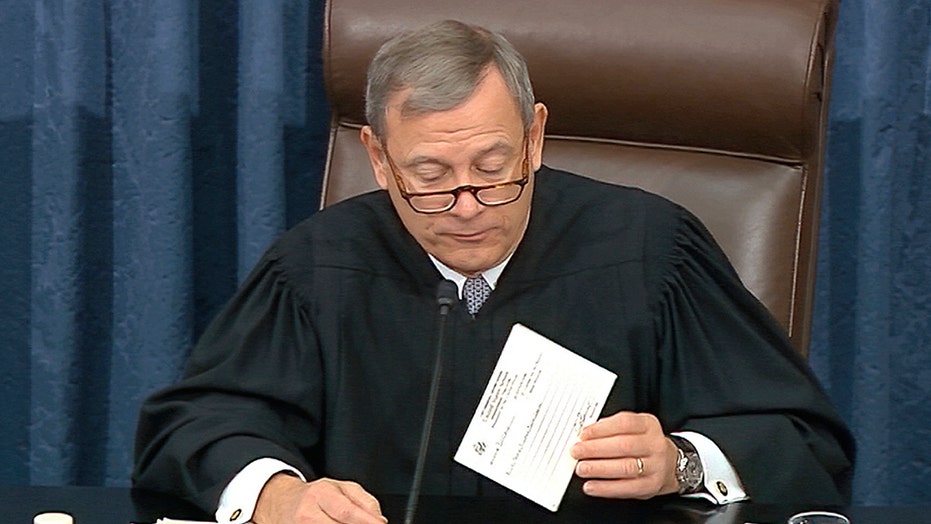 It seems all but certain that the Senate will acquit President Trump on both articles of impeachment adopted by House Democrats. First, however, senators are expected to decide Friday whether they need additional witness testimony.

In the Democratic-controlled House, for example, Democrats said it was fair to let Democrats on the Intelligence and Judiciary Committees issue subpoenas unilaterally, while requiring Republicans to get Democrats’ permission.

The Democrats also said it was fair for House Judiciary Committee Chairman Jerrold Nadler, D-N.Y., to deny Trump’s side the chance to call or question witnesses in the House impeachment inquiry – unless Trump first agreed to make available all witnesses Nadler demanded.

Then there was the failed attempt by House Speaker Nancy Pelosi, D-Calif., to hold the House impeachment articles hostage until the Senate promised to run Trump’s trial the way she wanted.

Now Democrats and their liberal allies are claiming that the trial cannot be fair and the truth simply cannot be found unless the Senate hears from certain witnesses who did not testify in the House.

In deciding whether additional witnesses are necessary, senators should consider several factors.

First, senators already have a mountain of evidence to consider. They have, for example, the entire House impeachment record, totaling nearly 30,000 pages. Additionally, the two sides have filed hundreds of pages of trial briefs, memoranda and appendices.

For the last six days, senators have heard attorneys from both sides present their cases – repeatedly making the same claims in what some might consider rhetorical waterboarding. Those attorneys have also answered many questions from senators.

Second, everyone knows what the House impeachment managers are up to with their demand for witnesses. Additional witness testimony would be only the beginning – not the end – of their gambit.

If House Intelligence Committee Chairman Adam Schiff, D-Calif., and his team get to depose even one more witness, they would poke and probe every nook and cranny, looking to pry open anything that they can claim requires additional witnesses and documents.

The Democrats would demand to know every person the witness spoke to about these matters, and create inconsistencies where none exist to undermine the credibility of anyone who does not further the impeachment narrative.

Third, House Democrats have already declared that these witnesses were not necessary for their impeachment case. In the impeachment process, as in life, actions speak louder than words.

When the Trump administration prevented some House-subpoenaed witnesses from testifying, what did the House do?

Ours is not a parliamentary system, and impeachment cannot be used as a “no-confidence” vote to remove a president when members of Congress dislike him and his policies.

If the House genuinely needed the testimony, the obvious next step would have been to seek enforcement of the subpoenas by a court. Not only did the House not do that – in one instance it did the exact opposite. When one individual asked a federal judge if he had to comply with a subpoena, the House withdrew it.

Finally, senators should remember that while an impeachment trial may resemble a criminal trial, it is profoundly different.

When it suits them, Trump’s opponents are quick to quote Alexander Hamilton from his observation that impeachable offenses violate “the public trust” and are “political.”

But now, with decisions about witnesses and other evidence to be made, the Democrats have flipped, arguing as if the Senate must obey the Federal Rules of Evidence. They claim that additional testimonial evidence must be considered and that the parties must be allowed to introduce any evidence that they claim is necessary for a fair trial.

The Democrats can’t have it both ways.

The Senate is not sitting as a committee of investigation, but as a court of impeachment. Its constitutional job is not to complete an investigation that the House now complains was incomplete due to its own rush to impeach the president.

The single task of senators is to determine if the House has proven its case and to decide whether they should remove the president from office now – or wait and let the American people make that decision when they vote in the November election.

Ours is not a parliamentary system, and impeachment cannot be used as a “no-confidence” vote to remove a president when members of Congress dislike him and his policies.

While America’s founders included the impeachment process in the Constitution, they opposed using it in a way that, as James Madison put it, would mandate that the president serve only at the pleasure of the Senate.

Senators should prevent that from happening now.

Hans A. von Spakovsky is a senior legal fellow at The Heritage Foundation and the co-author of “Who’s Counting? How Fraudsters and Bureaucrats Put Your Vote at Risk” and “Obama’s Enforcer: Eric Holder’s Justice Department.” He served as a commissioner on the Federal Election Commission from 2006 to 2007.