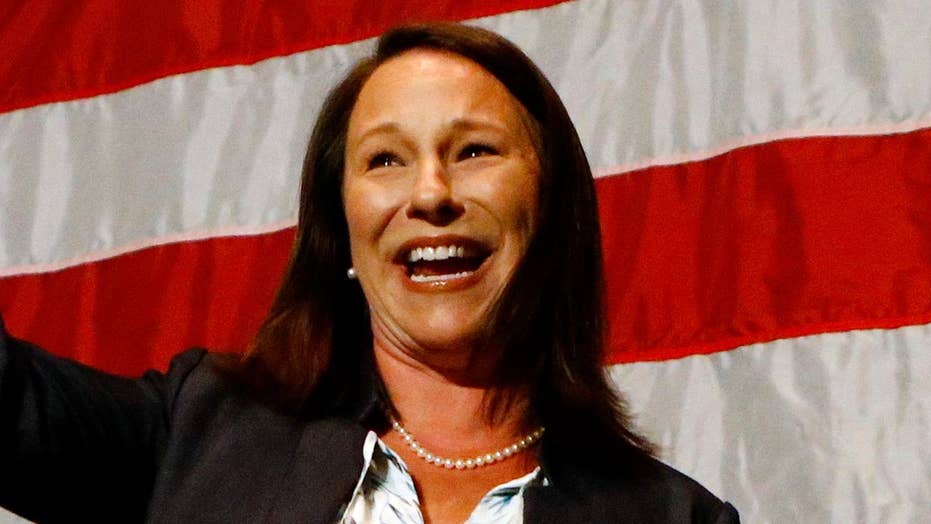 When it comes to President Donald Trump, U.S. Rep. Martha Roby – a Republican now in her fourth term representing Alabama’s 2nd Congressional District – hasn’t always been full-throated in her endorsements.

In October 2016 Roby called on the former New York real estate developer to quit as the GOP presidential candidate after the leak of the infamous “Access Hollywood” tape, in which Trump boasted about groping women.

There’s little room for hurt feelings in politics, but people somehow manage to make space for them anyway. So when Roby drew an opponent in the GOP primary who accused her of being insufficiently loyal to President Trump and his agenda, it wasn’t entirely unexpected. What was surprising was that the criticism was coming from Bobby Bright, a former Democratic House member whom Roby defeated to win her seat in 2010.

For Bright – who voted for liberal California Democrat Nancy Pelosi to be speaker of the House during his single term there – the conversion was enough to get him into a runoff with Roby, whom he held to less than 50 percent of the vote in the June primary election.

But it wasn’t enough to go the distance in the runoff, when Roby was declared the winner by a margin of better than 2-to-1 Tuesday.

Solidly conservative Alabama is used to party switchers. The state’s senior senator, Republican Richard Shelby, served as a Democrat in the House and was a Democrat when elected to the Senate in 1986. He switched parties after the 1994 GOP Contract with America landslide.

Alabama is a place where ideology generally means more than party identification – the aberrant election of Democrat Doug Jones to the U.S. Senate last year against an opponent accused of sexual misconduct notwithstanding.

Alabama is also Trump country. Trump carried the state in 2016 with a little better than 60 percent of the vote – so Roby’s apparent lack of support for him could have made her extremely vulnerable.

At least that was Bright’s calculation. In the end it was the wrong path to go down, especially after the president tweeted his support for Roby on June 22, writing: “Congresswoman Martha Roby of Alabama has been a consistent and reliable vote for our Make America Great Again Agenda. She is in a Republican Primary run-off against a recent Nancy Pelosi voting Democrat. I fully endorse Martha for Alabama 2nd Congressional District!”

The Trump endorsement – along with Roby’s strong record of service to her constituents, her consistent focus on issues of importance to the district, and the political advantages that accrue with incumbency – was enough to get her safely through the runoff and into a spot on the November ballot.

Roby is expected to be easily re-elected in a heavily Republican District when she faces Democrat Tabitha Isner, a business analyst and minister.

Roby could have been another Rep. Mark Sanford, a South Carolina Republican who lost his primary bid for re-election in June after becoming a frequent critic of President Trump.

But Roby supported much of President Trump’s agenda in the House and didn’t join Republicans who are experiencing one of the worst cases of buyer’s remorse ever recorded – though, to be fair, they’d probably claim they never “bought” in the first place.

Roby, who says she still stands by the criticisms of candidate Trump that she made what seems like a lifetime ago (and in politics the last election is a lifetime ago) moved on. She put her time and energy into the job the people of her district sent her to Washington to do. In this case that turned out to be the right move.