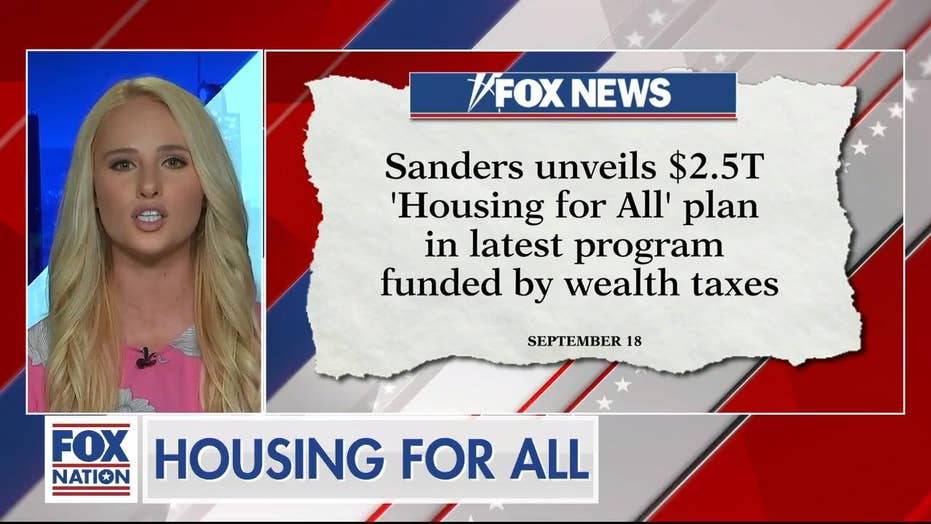 Sen. Bernie Sanders, I-Vt., has unveiled a $2.5 trillion "housing-for-all" plan. I have some Final Thoughts.

Guaranteed housing. Add that to the list of socialist agenda items that sound good to some, but in reality, are just big government solutions that move our nation away from freedom and closer to socialism.

Sanders will also fully subsidize the Section 8 rental assistance program. Add that to an annual rent cap and what do you have? Another giant, expensive federal program.

Sanders claims a wealth tax on the top one-tenth of 1 percent of Americans will fund his initiative.

Well folks, he and others in his party already plan to dump the burden of "Medicare-for-all," free college, medical debt cancellation, and the Green New Deal on the backs of the wealthy. Do they really think the top 1 percent can afford to fund the entire nation? Total income confiscation wouldn’t pay for all those programs!

The wealthy ALREADY pay the majority of the income taxes. In fact, in 2018, the wealthiest 1,409 taxpayers paid more income tax than bottom 70 million!

Here’s the thing about wealth, Bernie. It’s MOBILE. The wealthiest Americans are not going to sit idly by as their incomes are confiscated to fund your big government pie-in-the-sky plans.

Then what? What happens when the richest Americans take their money elsewhere? Who pays for these quasi-socialist plans? Answer: We do. The middle class, the average American.

We always take the brunt of the pain because we are essentially forced to. That’s why the middle class has been driven out of places like California, for cryin' out loud.

It’s only affordable for the exorbitantly wealthy and the homeless.

In his speech outlining his new proposal, Sanders correctly noted we have an affordable housing issue in the United States. He stated that 18 million families are paying more than half their incomes on housing and utilities. He’s not wrong.

I live in California, a state that hosts 47 percent of all unsheltered people in the nation.

Yet, what do we do here in California? We add more taxes, more regulations, more control on top of already cash-strapped residents and families.

Here's another thing I know. Throwing more government and more tax dollars at a problem will not solve it. If it did, we wouldn’t be in this predicament.

Last year, Los Angeles alone spent $619 million on the homeless crisis and we have little to nothing to show for those millions.

The city's shelter-expansion project yielded just two facilities, to house 147 people, at a cost of $77 million.

Clearly, liberals don’t know how to manage money. So why should we give them more of it?

When will these socialist wannabes figure it out? Throwing tax dollars, big government, and entitlement at something does not solve the problem.

It just moves our nation one dangerous step closer to socialism. Maybe that’s what people like Bernie want, but it’s up to us to stand in his way.

Those are my Final Thoughts. From Los Angeles, God bless and take care.