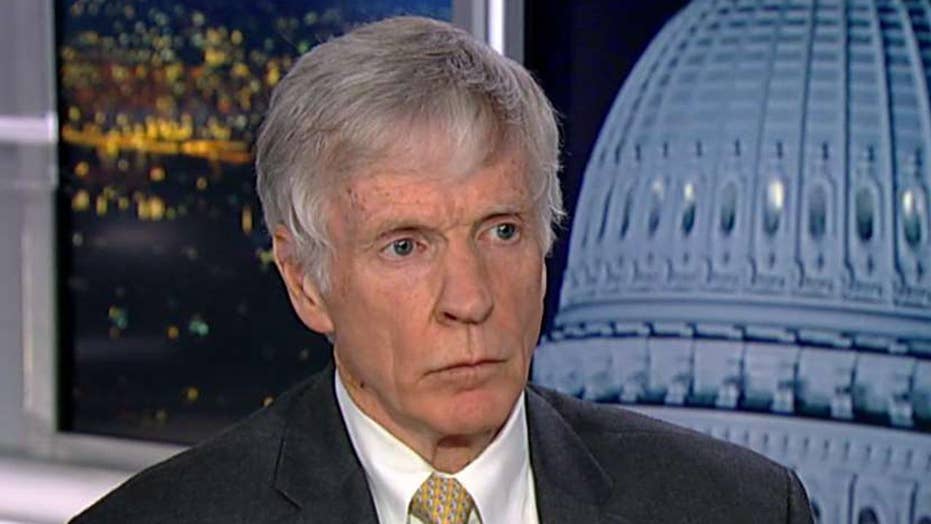 Ryan Crocker says the U.S. does not have to turn into a defeated country in Afghanistan, urges the White House to stop the 'rush for the exits.'

President Trump’s remarks at the U.N. General Assembly Tuesday once again echoed the deep disappointment of Afghans and the American public over the intensified waves of attacks by the Taliban. He also spoke about the very highly valued partnership between the United States and Afghanistan in our fight against terrorism.

The partner that will make peace a reality and continue the fight to root out terrorism is a democratic government elected by the people of Afghanistan.

That is why supporting elections in Afghanistan is critical on the path toward peace.

For over 18 years, American servicemen and women have fought and died alongside Afghans in our shared battle against the organized terror groups that threaten not only Afghanistan and the United States, but the entire world.

American taxpayers have invested countless dollars in development, education and social programs to help rebuild our nation and ensure that Afghanistan is no longer a breeding ground for the extremist ideologies that flourish when hope and opportunity are absent. We are united with Americans in our goal to build a peaceful and self-reliant nation.

Despite the challenges, much progress has been made. Afghanistan is a vastly different country today than it was in 2001. High on the list of achievements is that Afghans have fully embraced democracy as the only path toward sustainable peace. Through steady political and economic reforms aimed at bringing opportunities and empowering our citizens we are working to dismantle the enabling environment that once made Afghanistan so appealing to extremists.

But democracies are complicated, even more so during times of conflict. The democratic process can only be perfected with practice and we have had very little.

The historic election in 2014 was the first peaceful and democratic transfer of power in our nation’s history. Today, the continuity of the constitutional order that Americans and Afghans have invested so much in protecting requires that we do it again.

Americans should support this goal, not only because it is the will of the Afghan people, but because our shared counterterrorism strategy demands it.

Americans should support these elections, not only because it is the will of the Afghan people, but because our shared counterterrorism strategy demands it.

Whether in peacemaking or in the implementation of a peace deal, experience has shown us that the United States needs a strong partner in Afghanistan. An elected central government with a legitimate mandate from the people can be that strong partner, and can ensure that our security forces remain intact, working effectively with our American counterparts.

The people who are rising to leadership positions in Afghanistan -- our ministers, bureaucrats, and politicians -- are the very people that you have invested so much in training. They share your values and, once elected, will be ready to work together to achieve our common goals.

The Taliban has stated publicly that they do not want elections in Afghanistan. Disrupting the cycle so that elections either do not happen or the results can be challenged is what our enemy wants. They know that our most effective weapon is our people’s nascent belief that their voices matter and that there is hope for a better future.

As the president said at the United Nations, “The truth is plain to see: If you want freedom, take pride in your country.  If you want democracy, hold on to your sovereignty.  And if you want peace, love your nation.”

Afghans want freedom and have deep pride in our country. We love our nation and we want peace for its future. Therefore, we are determined to hold on to our sovereignty and democracy through fair and free elections.

Supporting the democratic process in Afghanistan honors all the sacrifices that Afghans and Americans have made to get us this far. This is what we have been working toward. Let’s not lose focus now.

As President Trump said this week, “We will never stop working to make peace a reality.”

Roya Rahmani is Afghanistan's ambassador to the United States.