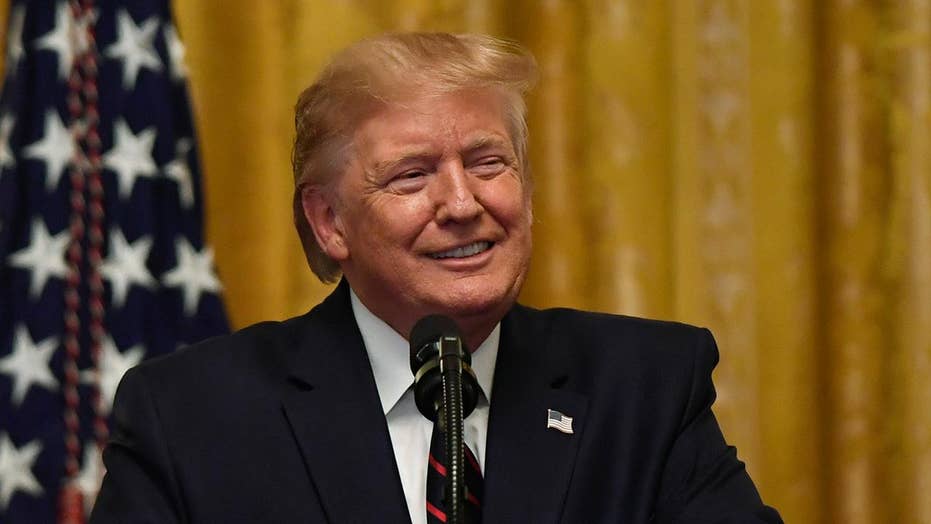 Trump takes aim at whistleblower, the press amid impeachment push

'MediaBuzz' host Howard Kurtz analyzes the missteps made by the media.

Several news organizations have reported that the whistleblower behind the “Ukraine impeachment” feeding frenzy is a CIA officer who was detailed to the White House.

If accurate, that raises some very troubling questions and scenarios.

Not for President Trump. But rather, for the CIA and others in the Deep State who may be leaking confidential and top secret information for personal or partisan reasons.

The Trump White House and CIA have a history. Part of it has been adversarial from the very beginning of the Trump administration.

Over two years ago, new organizations reported that career officials within the CIA were doing everything in their power to remove Ezra Cohen-Watnick, Trump’s then-senior director for intelligence on the National Security Council.

The CIA officials were reportedly outraged that Cohen-Watnick, along with his previous boss, Michael Flynn, saw eye-to-eye about what they believed to be the failings of CIA human intelligence operations.

In a news report at the time, an intelligence community insider said CIA officials viewed Cohen-Watnick as a "threat," so they tried to replace him with an "agency loyalist."

An agency loyalist. One can and should read a lot into that particular description.

In theory and by law, all intelligence operatives should be loyal to the United States of America, and not an agency, ideology, political party or even a past president.

But that is where human nature steps into the equation. Human nature dictates that we all have biases.

As we have seen during the course of these politically polarized three years, some people are overly influenced or even blinded by liberal bias. Others by conservative bias.

Human nature and bias do not cease to exist once one enters the intelligence community. But it must be seen for what it is and then controlled.

It can certainly be argued that before the election of Donald Trump, President Obama spent eight years stacking the intelligence community deck with political and professional operatives who strongly agreed with his ideological view of the world.

It can also be argued that many of those Obama holdovers were horrified by the election of Trump, and suddenly saw it as their “duty” to do anything in their power to delegitimize him and his administration.

There is no doubt that since Day One of the Trump presidency, the “duty” of some of these intelligence operatives was to open a direct pipeline to certain members of the media to leak classified or secret information with the sole intention of harming the president personally and professionally.

As I have stressed in the past, I don’t believe there is any government agency more critical to the welfare of our national security than the Central Intelligence Agency. Its field operatives anonymously put their lives on the line every single day to protect us all.  With Gina Haspel as director, the agency could not be in more capable hands.

That said, given the sometimes adversarial relationship between the Trump White House and CIA, if it proves true that a CIA officer was the whistleblower raising the Ukraine allegations, what is the responsibility of the CIA to now investigate itself?

Were there partisan or personal reasons behind the leak?

If so, where does this all stop? Who next gets caught in a politically manufactured witch hunt?

Should Elizabeth Warren or another Democrat win in 2020 and Trump loyalists burrowed deep into the administration and Deep State seek to sabotage her agenda, the mainstream media, liberal members of Congress and Hollywood celebrities would and should call them out as partisan hacks operating to the detriment of our nation.

Leaking for partisan gain or retribution is a very dangerous game. Especially if intelligence operatives are behind the leaks. The outcome of such a game will always be a loss for our country.

For the sake of us all, it must be called out and stopped.