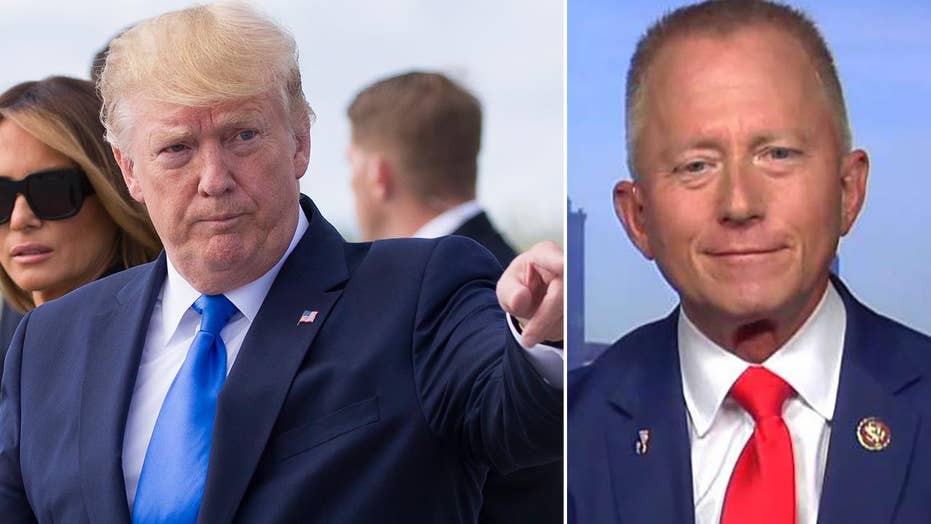 President Trump threatened to impose tariffs on Mexico if it didn’t change its border policies. In the short period between Trump’s threat and his deal with Mexico announced Friday night to crack down on illegal immigrants in Mexico, headlines all but screamed:  "Avocados will get more expensive if Trump taxes Mexican imports."

Apparently, some Americans were expected to buckle on that pressure.

Indeed, the world remembered D-Day this week, and the thousands who gave their lives. Part of that war effort also saw Americans withstand rationing of essentials such as gasoline, butter and sugar. It was a sad commentary that today’s Americans are unwilling to sacrifice higher avocado prices for a greater good.

While the Democratic Congress refused to fund serious border protection, Trump went his own way and crafted a deal. While conservatives, many Republicans and even some on the left, excoriated the president for supposedly abandoning the holy grail of free trade by threatening tariffs on Mexico, Trump went about his business and did what other politicians refused to do. He found a promising way to decrease illegal immigration.

Trading on terms that increase our long-term problems by enriching those who mean to do us harm at least warrants a discussion.

The real story here is not that Trump made a deal. That was predictable. Mexico has a vulnerable economy and the U.S. economy is far, far stronger. Mexico had and still does have more to lose and so it made a deal. Leveraging your superior bargaining power is part of the art of the deal.

The reaction to Trump’s potential tariffs, on the other hand, raises a serious question.

Are any Americans willing to suffer any inconvenience at all for the sake of American foreign policy or a greater American good?

For the record, I am a free trader. If we had a world without tariffs, economic activity would substantially increase and standards of living would rise around the world. That is good for everyone and may even reduce war as some nations open their societies up to economic freedom.

For instance, in 2018, the U.S. had economic sanctions in force against the Balkans, Belarus, Burma, Cote D'Ivoire (Ivory Coast), Cuba, the Democratic Republic of Congo, Iran, Iraq, Liberia, North Korea, Sudan, Syria, and Zimbabwe. Since then, we sanctioned Burundi, Darfur, Somalia and individuals in Russia, Venezuela, Yemen and Nicaragua.

Presumably, those objecting to the Trump tariffs know that the sanctions against North Korea – and those other countries and people – reduce trade opportunities for Americans. After all, sanctions are tariffs by a different name that are meant to restrict trade or abolish it altogether.

Do the tariff objectors want us to lift sanctions on North Korea? As for Russia, do they really think Trump should lift the sanctions against the Russians who interfered in the 2016 election because it restricts free trade?

Are the Trump tariff objectors really demanding, in the name of free trade, to remove free trade reducing economic sanctions as a foreign policy tool? Wouldn’t that reduce our choices to just two: diplomacy or war? And wouldn’t that increase the possibility of war and loss of life – not to mention increased spending and taxes?

On a different front, one of the worst foreign policy decisions in American history was our energy policies between the 1960s and 2016. Our decision to buy oil abroad from dictatorships militarily opposed to us (such as Iran and Russia), enriched those countries. Indeed, we overpaid them for energy we could have developed at home.

Having more money helped those authoritarian governments do bad things. That trade, therefore, increased our defense costs because we had to militarily deal with those trade-strengthened provocative countries. Now we worry that Iran will get a nuclear weapon. Russia appears to be the only focus of the Democrats.

All of which brings us to China. Despite what former Vice President Joe Biden says, China has outlined plans to displace the United States on the global stage. The Chinese are our adversary in many ways and that dynamic will grow right along with their military.

Should America freely trade with China, on its terms, while China seeks such global hegemony? Aren’t China’s goals detrimental to American interests at home and abroad, short- and long-term?

Did we learn nothing from our mistaken energy policies of the 1970s and beyond? Or should we stop enriching China on its terms?

The actions of the Mexican government with respect to illegal immigration, along with Mexico's inaction on drugs and violence along the border, represent a far more significant problem for the U.S. than anything Burundi has done. Serious action is warranted before members of the Islamic State follow through on their plan to use our porous border to initiate an attack.

Perhaps Trump should have simply threatened sanctions against Mexico instead of tariffs. The hue and cry would have been less. On the other hand, trading on terms that increase our long-term problems by enriching those who mean to do us harm at least warrants a discussion. There's much more at stake than the horrifying cost of avocados.