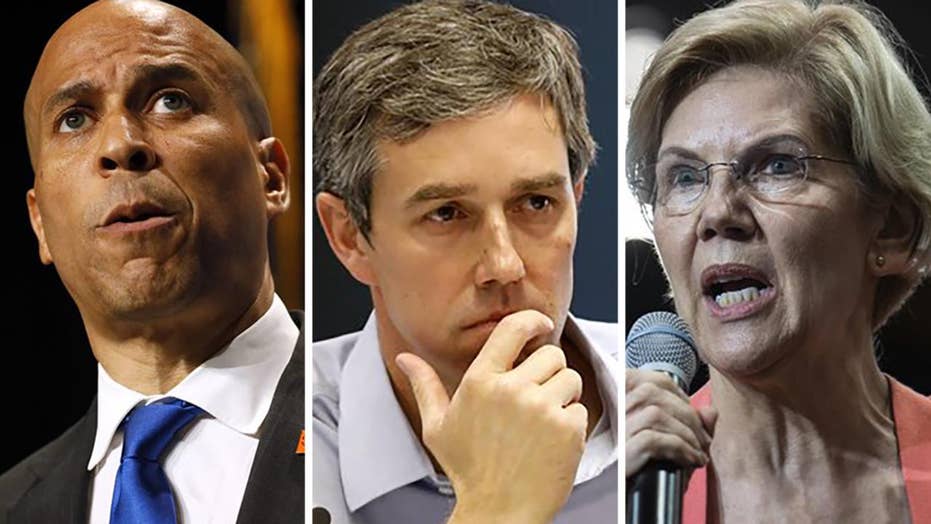 Who were the biggest winners, losers of the first Democratic debate?

The first Democratic debate for the 2020 election is in the books. After two hours and 10 participants, we likely learned only a few meaningful things. Here is my list of the top five takeaways, counting down to number one:

5.  Democrats don’t like to talk about and won’t talk about taxes or numbers.

Going into this debate, we know that the Democrats are engaging in a tax and spend competition. Massachusetts Sen. Elizabeth Warren alone has offered more than $130 TRILLION in new spending over the next 10 years. The other Democrats on the stage spoke about their pet spending programs as well.

However, no one from MSNBC nor any candidate spoke about the costs of those programs. No one.

Warren was asked the first question of the debate and was allowed to go last with respect to her summation. There isn’t a candidate in the world who wouldn’t take that deal. In fact, at the outset, Warren had responded to four questions, Sen. Amy Klobuchar two and the rest only one. Warren was allowed to shine early in the debate and the network gave her a big assist.

3.  Only three people helped their cause.

Ask yourself, will anyone rise significantly in the polls as a result of this debate? The answer is probably not. With that many candidates on the stage, other than Warren at the outset, the candidates had little time to speak.

Incredibly, but logically, only two candidates smiled much, if at all – Warren and Minnesota Sen. Amy Klobuchar. The rest, pressed for time, were trying to be tough? Serious? Intense? Profound? Whatever the reason, they showed very little personality because they were trying so hard to make their mark on the debate. As a result, no one won the personality contest.

So, who improved their lot? Warren was treated like the leader and other candidates deferred to her and/or responded to her. She is perhaps the most articulate Democrat in the race. She had momentum coming in and she still has it. She's a winner.

Former Housing and Urban Development Secretary and San Antonio Mayor Julian Castro is one, too. He sounded knowledgeable and told personal stories even if he didn’t smile. He has a ready-made constituency no one else in the race has. He helped his cause but he is starting from so far behind, it is questionable whether he can come from so far behind.

John Delaney. Who? Going into this debate, the former Maryland Congressman was known to a precious few. He was the only one, however, who spoke to independent and Republican voters. He single-handedly shut down the impeachment discussion. He actually talked about being a job creator.

Can he rise in the polls in a Democrat primary? Maybe not – but there is no question he stood out in that crowd.

2.  The Democratic contenders only care about government.

The private sector was barely mentioned by the Democrats in the first debate. Only Delaney briefly mentioned it.

Sure, they all said the economy was not working for all but a few Americans – a tough sell when the moderator pointed out that 71 percent of people say the economy is going well. Their responses, however, were all government-centric laws or programs. No tax cuts. No regulatory reform. Just more government.

Indeed, this was a debate about what government must do to combat every problem on Earth. The candidates (with the possible exception of Delaney) are big, if not huge, government candidates.

Did you try to keep track of what every candidate said? With 10 people and 60 seconds here and 30 seconds there, it’s impossible to keep track.

At the end of the day, the everyday voter could hardly listen to all of that and say, OK, for sure I learned enough in eight to 10 minutes of responses over two hours to make a choice.

It is more likely that so many candidates on the stage means that front runners will remain the front runners and those under 5 percent approval rating will remain that way. This format, which looks inclusive, really won’t change the leaders and doesn’t offer in-depth candidate results.

And that – is just day one.

Thursday is another day, another 10 candidates and likely more big government proposals – just no talk about how to pay for it.