Their names may not appear on the ballot in Georgia’s runoff elections on January 5th, but House Speaker Nancy Pelosi, D-Calif., and Senate Minority Leader Chuck Schumer, D-N.Y., are the politicians Georgians really ought to consider as they cast their votes.

The outcome of those two races will determine not only the majority in the Senate but also the direction of our nation.

If Democrats win, then the next Senate Majority Leader will be Schumer. He’ll be able to work with Pelosi to implement one of the most far-left policy agendas the United States has ever seen.

If, on the other hand, Georgians send Sens. Kelly Loeffler and David Perdue back to Washington to keep delivering for Georgia, Republican Sen. Mitch McConnell will continue in his role as Majority Leader, where he’ll serve as an effective and necessary check on the Pelosi-Biden agenda.

It is precisely that agenda, the Pelosi-Schumer-Biden agenda, that should worry all Americans – and motivate Georgians to head to the polls.

Self-professed socialists and other leftists in Congress have ratcheted up the rhetoric, accelerating the Democrats’ race to the left.

The Democratic Party needs to be checked before it has enough power to act on its reckless ambitions. The Georgia runoff elections give voters a chance to provide that check. 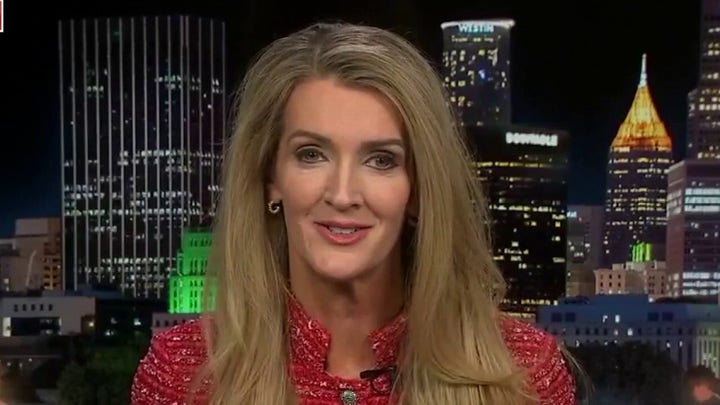 The stark contrast between the Republican and Democratic visions for America can be seen clearly in these two Senate races. Schumer’s would-be allies in the Senate are Jon Ossoff, a 33-year-old trust-fund socialist from Atlanta and Rev. Raphael Warnock, who has a long record of insulting the police and embracing far-left fashions.

The Democrats and their allies in the media are trying to present Ossoff and Warnock as moderates, but their records prove this is a lie. Both candidates recently were endorsed by Vermont Independent Sen. Bernie Sanders, the highest-profile socialist in American politics—and Ossoff actually welcomed his support.

This approach may win Ossoff friends in the new, radical Democratic Party, but it’s far to the left of most Americans, including most Georgians.

Not to be outdone by Ossoff, Warnock has a history of writing and speaking about his appreciation for Karl Marx and the “complex” legacy of Fidel Castro, the communist dictator of Cuba.

At their debate last Sunday, Loeffler pressed Warnock to clarify his positions and denounce Marxism. That should’ve been a layup for any politician, but Warnock refused to do it.

How hard is it to denounce Karl Marx’s radical ideology, which has been responsible for the impoverishment and death of more than 100 million people?

If Ossoff and Warnock are comfortable defending socialism in the middle of a heated election, imagine what they’ll do if they’re in power. Both politicians will be reliable votes for Schumer’s priorities in the Senate—and they could soon crown him as Majority Leader.

The Democrats are hoping voters won’t think about the runoff elections in those stark terms. But that’s the truth Georgia voters must keep in mind as they head to the polls.

Republican Tom Cotton represents Arkansas in the United States Senate. He is the author of the forthcoming book, "Only the Strong" which will be published by Twelve on November 1, 2022.