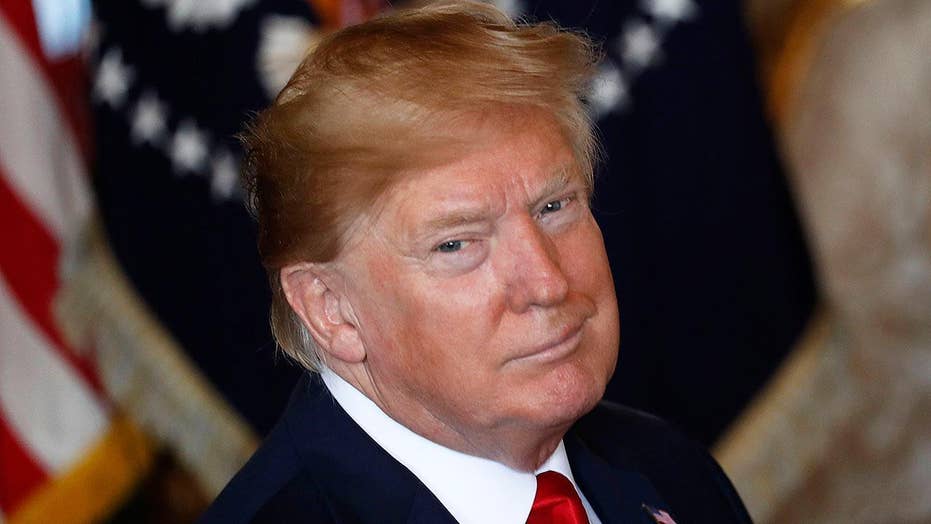 Terry Schilling, executive director of the American Principles Project looks back at the year in political scandals.

As the 2010s come to a close and America begins a new decade, we’re taking stock of the last 10 years. It’s been a wild ride, to be sure. The state of our nation is in many ways stronger than it was when it entered the decade still reeling from the financial crisis.

While it is certainly far better than the news media and social media mobs would suggest, the failures of government over the past decade have been significant. They offer us a roadmap for making America stronger in the 2020s.

Here are the top five government failures that defined the decade.

OPIOID TESTING AMONG MLB PLAYERS WILL BEGIN NEXT SEASON

This massive government intervention into the health care marketplace was billed as the best way to provide greater choices, offer stability and lower costs. It ended up being one of the biggest lies in American political history. Claims such as "if you like your doctor, you can keep your doctor," and “if you like your plan you can keep your plan," were quickly exposed as election-year spin.

The legislation kicked millions of largely young Americans off affordable plans, millions more were unable to use their doctors, and it jacked up rates to pay for coverage for older Americans.Government

Government regulation and intrusion that was supposed to make health insurance cheaper saw rates increase an average of 4gOV3 percent during the Obama administration. After a decade of wrangling, ObamaCare’s signature provision, the individual mandate, was ruled unconstitutional by the federal courts.

The carnage in America’s cities continues to claim the lives of largely low -income, minority youth at a staggering rate. The 2010s saw more deaths result from urban violence than from 9/11 and military members killed in Iraq and Afghanistan combined.

Government has done little to address the problems these communities face. Republicans have largely ignored this problem for decades. Democrats, who control these urban centers and take these communities for granted, have wrongly advocated for more gun laws rather than addressing the root cause of violence.

Despite billions of dollars spent on government programming, these communities still have substandard housing, underperforming schools, a lack of job training initiatives, poor infrastructure, and a lack of jobs. Leaders in Chicago, Baltimore and other cities plagued by urban violence would rather blame President Trump than address chronic problems that are taking thousands of lives.

Government should have seen Big Tobacco 2.0 coming a mile away and stopped it. Instead, monied interests from the tobacco, pharma and alcohol industries turned marijuana into "medicine" to open the door to full legalization of today’s high-potency marijuana. Legislators bought it hook, line and sinker.

Young people's use of pot is on the rise. Despite increasingly convincing scientific evidence of the physical and psychological dangers of today’s marijuana, and the fact (confirmed recently by the surgeon general) that pot is not an approved treatment for any medical condition, the industry was allowed to flourish in the 2010s.

Governments at every level were also slow to respond to the tragedy of the opioid crisis, which has claimed tens of thousands of lives. Parents, those in recovery, and the media forced action to curtail use of the drugs, but only after a large death toll. Still, disagreements over funding for treatment and recovery programs persist to the detriment of the public.

During the Obama administration, food stamp use skyrocketed by more than 30 percent. President Trump announced reforms to reduce the number of recipients by 2 percent and was slammed by the media and liberal influencers. Our nation’s massive social welfare spending is out of control, and few if any in government have demonstrated the courage to address reducing costs.

Democrats today, particularly those on the left who advocate for an open border strategy, want to increase eligibility for programs and increase spending despite low unemployment. For those who claim to care about budget deficits and debt, neither issue will be addressed without touching this third rail of American politics.

We are a nation of immigrants. We always have been. We always will be. But allowing more than 1 million people to cross the border illegally per year is not sustainable and it infringes on our ability to provide for our own citizens. Immigration laws and procedures have been part of the American experience since the 19th century. However, in the 2010s, government allowed illegal immigrants to be treated as political refugees.

State and local government officials were allowed by the federal government to ignore federal law and block enforcement of immigration policies. States started offering enhanced services and protections for illegal immigrants. Many Democrats are now advocating for fast-track citizenship or noncitizen voting rights. It was a mess in 2010. It still a mess and it needs more than a wall to fix it.

Tom Basile is an alumnus of the Bush-Cheney 2000 campaign and served in the Bush administration in various capacities including as senior press advisor to the Coalition Provisional Authority in Iraq from 2003-2004. He is also a SiriusXM Contributor, columnist and author of "Tough Sell: Fighting the Media War in Iraq." Follow him on Twitter at @Tom_Basile or at www.TomBasile.com.
ADVERTISEMENT