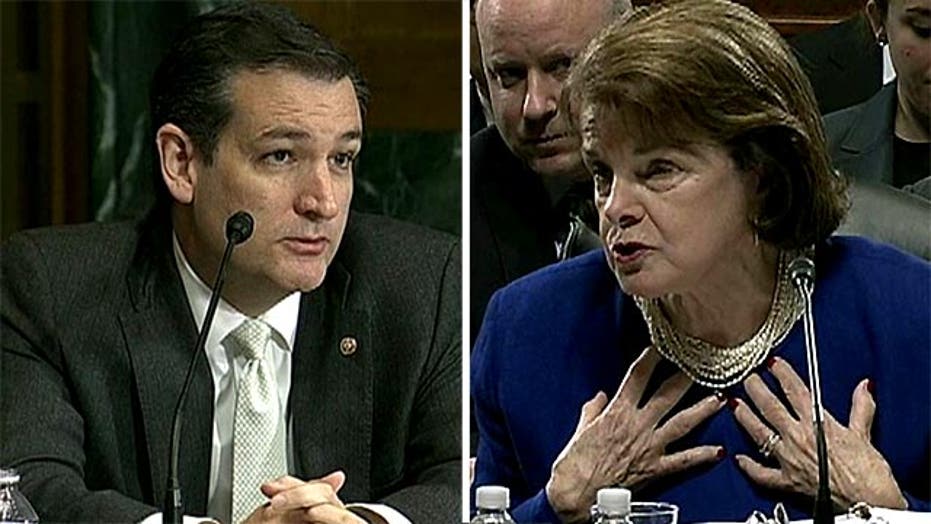 Nearly three months after the tragedy in Newtown, Connecticut, we are still debating the place of guns in American society. That debate is not just about statistics and laws—it is about culture.

In a recent appearance on PBS's "NewsHour," Vice President Joe Biden admitted an assault weapons ban would do little to stop crime, but argued the weapons should still be banned if they don’t have “real utility either in terms of any sporting or self protection needs[.]”

Here, Biden forgets a founding American principle: we permit the government to have guns, not the other way around. Citizens don’t need to justify owning an “assault weapon,” the government needs to justify taking it.

Biden should be applauded for his honesty, but this begs the question: If honest gun-control advocates know that laws they support are ineffective, why fight for them? Because the gun debate is fundamentally a cultural debate.

One cultural tradition believes government is a necessary evil, best kept small, contained, and subordinate to the people.

The other tradition views government as a force for good that can often do better with fewer restraints.

One tradition views private gun ownership as important for resisting tyranny; the other views guns as, at best, a necessary evil, and at worst, something we should discard to become a fully civilized society.

Gun-control advocates scoff at the suggestion that personal arms can stand up to tanks and drones. But the anti-tyranny argument is not so much based on efficacy as it is on power: who has it and why.

In America, the government derives its power from the people. But the cultural divide goes deeper than the role of government.

Some Americans teach their children that gun ownership is a right a responsibility, and that guns are tools to respect and enjoy. Others discipline five-year olds for fashioning pretend guns out of pipe cleaners; they view guns with something resembling disgust.

Productive conversations about guns can thus be difficult because the anti-gun movement gives little to no weight to the values of private gun ownership. That is because “gun disgust” engenders a bias against guns.

In 2001, the American Medical Association recommended that doctors ask patients about gun ownership during office visits. They did not recommend that doctors ask about swimming pools or bicycles, both of which are much more likely to result in accidental deaths than a gun. Yet gun-control advocates have no problem “allowing” private swimming pools and bikes because they understand how someone could enjoy biking and swimming.

Gun disgust is also one of the primary reasons gun-control advocates promote laws that have little to no effect on reducing gun violence. On many questions, the debate over the effects of gun-control laws on crime is surprisingly uncontroversial.

The National Academy of Sciences found that gun-control laws have had no measurable effect on gun violence rates. The study was not written by gun-rights advocates—in fact, all but one member of the committee were gun-control advocates. Programs ranging from gun buybacks, to the famous “assault weapons” ban, to “gun-free zones,” were all found to be ineffective at curbing gun crime.

Gun disgust certainly explains the persistence of “gun-free zones” as a proposed solution to tragedies like Sandy Hook. If guns are viewed as contaminants, then the suggestion that teachers should be allowed to carry weapons on school grounds is revolting.

What is truly revolting, however, is when mass-shooters ignore the polite request to leave their guns at the door and take advantage of a building full of defenseless victims.

When challenged on the effectiveness of their proposed laws, many gun-control advocates will say, “Well, it’s a start.” And here is where gun-rights supporters get understandably worried about what “a start” means. Rep. Jan Schakowsky (D-Ill.) recently said in response to a question about whether the assault weapons ban is “just the beginning”: “Oh absolutely. I mean, I’m against handguns.”

When it comes to guns, the much ballyhooed red state/blue state cultural divide is real. If we want to have a productive discussion on guns we must find a way to cross this cultural divide.

Trevor Burrus is a Research Fellow at the Cato Institute's Center for Constitutional Studies.
ADVERTISEMENT