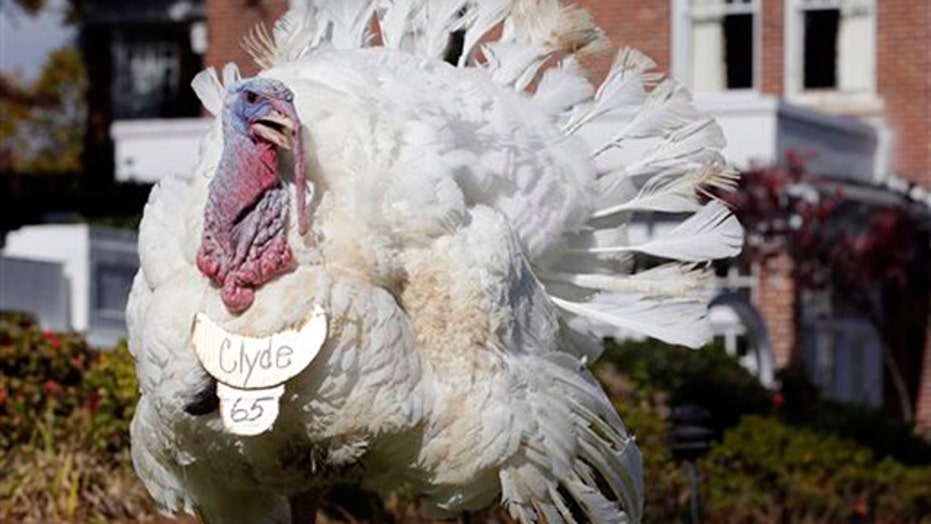 What do you get when you cross Hanukkah with Thanksgiving? Sounds like the beginning of a bad joke, I know, but it is so much more.

Hanukkah and Thanksgiving coincide this year for the first time since 1888, and will not do so again for thousands of years. Of course, this co-incidence could simply be an opportunity for word play as in new holiday names including: Thanksgivukkah and Thanksukkah.

It could be a marketing bonanza for Turkey-shaped menorahs known as Menurkeys, and t-shirts emblazoned with Drumstick-munching Maccabeess, the heroes of the Hanukkah story first recorded in the two books of the Apocrypha which bear their name.

Whatever you call it though, and whether you are Jewish or not, in addition to giving rise to waves of recipes for everything from latke-stuffed birds, to pumpkin-stuffed doughnuts, the Hanukkah-Thanksgiving mash up offers a once-in-a-lifetime opportunity to celebrate values that are deeply rooted in both Biblical history, and the sacred story of how the United States came to be.

From recalling a group of brave, hopeful, religious outsiders, the Pilgrims, who boarded leaky ships bound for a place they did not know, to a group of equally brave and hopeful religious outsiders, the ancient Israelite clan known as the Maccabees, who took on a fight they had little chance of winning, these are stories of recognizing possibility and celebrating abundance.

In each case, as in all of our lives, the story could have gone in a different direction. The pilgrims could have stayed home, or could have resisted celebrating when so much around them was still so rough and so terribly uncertain.

The Maccabees could have also stayed home, or could have decided that there wasn't enough oil to keep the Jerusalem Temple’s Menorah (candelabrum) burning, so why bother lighting it at all, thus robbing us all of the inspiring story of the little jar of oil which lasted longer than it “should” have. But they didn't.

The Pilgrims did make the journey though, and the Maccabees did fight and light. In both cases, they trusted in the possibility of the moment, and in the abundance they possessed. That’s what allowed both the Pilgrims and the Maccabees to undertake their respective challenges, and to celebrate the successes they had already achieved, even though they knew that a long road still lay ahead of them.

Neither the Pilgrims nor the Maccabess were naive; they were simply heroic in ways that we all can be as well. There have always been, and probably always will be, naysayers, doubters, and those who focus so singularly on what is wrong, that they cannot enjoy what is right – be personally, familially or nationally. Both Thanksgiving and the Hanukkah story however, remind us that is not who we are meant to be, and need not be who we ever become.

Whether at the table around a turkey, around a menorah set with candles, or wherever else you find yourself this Thanksgiving or Hanukkah, trust and celebrate that there is more in your life than you may know, and more possibility for you in the future than you may imagine. Trust in that, and act accordingly, and trust in that for our nation as well, and you join the ranks of some of the greatest heroes of both American and Biblical history.

Rabbi Brad Hirschfield is the author of "You Don't Have to Be Wrong for Me to Be Right: Finding Faith Without Fanaticism," and president of Clal-The National Jewish Center for Learning and Leadership.