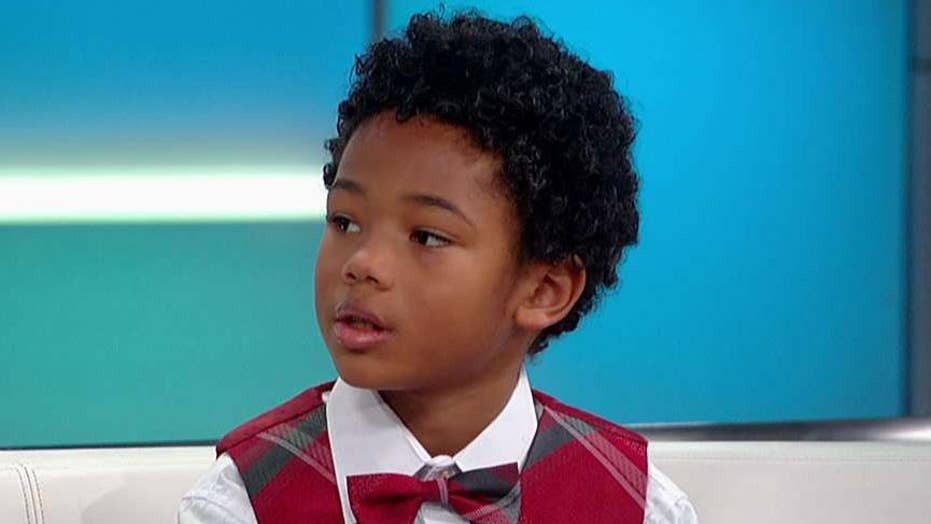 Tyler Stallings made it his mission to help those who have served our country.

My first job was working as a gas-station attendant making minimum wage. One of my distinct memories is our monthly inventory. It was a high-stakes responsibility! If I missed an item in our inventory, it didn’t get restocked.

And the same goes for the blessings we fail to catalog. If you don’t take inventory, you won’t restock the blessing by flipping it. If, however, you take careful inventory, you’ll be surprised by how blessed you are. I’ll share a few fun examples from my inventory; then you can take your own inventory.

My undergraduate education began at the University of Chicago, and a full-ride scholarship helped pay my way. Again, I don’t believe that scholarship was unrelated to the faith promise I made as a teenager working a minimum-wage job as a gas-station attendant. But when I transferred to Central Bible College, I had to pay my own way.

What I didn’t know is that my sweet, sweet grandmother Alene Johnson had saved a sum of money that she left to her three daughters as an inheritance. How she saved that money was a mystery to us all, but it paid off my college debt posthumously.

When I inventory my blessings, that one is toward the top of the list. I can only imagine the sacrifices she made to make that possible. And there is only one way for me to thank her — by flipping that blessing for someone else!

One of the most memorable gifts I’ve ever been given is two tickets to Super Bowl XLV. After the Green Bay Packers beat the Chicago Bears in the 2011 NFC Championship game, I tweeted that I would preach for tickets. I was half-joking, but a pastor in Dallas took me up on that offer. I would not have splurged for tickets for myself, but I was happy to preach for them! And to top it off, Super Bowl XLV landed on Josiah’s ninth birthday! Can you say “Dad of the year”? Pastor Bryan Jarrett and Northplace Church didn’t just give us two tickets; they gave us a memory we’ll cherish forever.

I gave a talk on opening day of the Ravens training camp and took one of our staff members, Jim Tanious. I think Jim would have quit if I had not taken him, because he’s a die-hard Ravens fan. Remember the last game of the season when the Baltimore Ravens won the AFC North and Coach Harbaugh raised his lion spike?

Before the game, I called in a favor, and one of the Ravens coaches was kind enough to gift tickets to Jim, including a ticket for his daughter, Lily, who had never been to a game!

As I watched that game on TV, I kept smiling as I pictured little Lily cheering for her team! Of course, it brought back some of my own Super Bowl memories!

What sacrifices have you been the beneficiary of? And who loved you when you least expected it or least deserved it?

A college scholarship and Super Bowl tickets are big-time blessings and easy to inventory. But some of the most meaningful blessings are the smallest acts of kindness!

After one of the first sermons I ever preached, a man came up to shake my hand, but this was no ordinary handshake. It was a "Pentecostal handshake." At least that’s what he called it! He hid a $20 bill in his hand and slipped it into mine when he shook my hand. He said, “Take your wife out to lunch.” For the record, you don’t have to be Pentecostal to give a Pentecostal handshake. But be careful — it might turn you into one!

Because that moment meant so much to me, I’ve tried to return that favor in fun ways. Sometimes it’s a straight-up Pentecostal handshake, but I also love giving a hallelujah on Halloween. Most people give out candy, but I like dropping $2 bills in some of those buckets! And, yes, even that is flipping the blessing for me. The candy I got as a kid trick-or-treating is long forgotten, but I do remember the time I found a dollar bill at the bottom of my bag!

Big or small, inventory the blessing. How? Start with counting or recounting your blessings. What acts of kindness have altered your life? Who went out of their way to help you? What sacrifices have you been the beneficiary of? And who loved you when you least expected it or least deserved it?

Once you identify who and what, start brainstorming how you can flip those blessings. Sometimes it’s as simple as doing to others what has been done to you. But don’t be afraid to get creative and put your unique fingerprint on it.

Adapted from “Double Blessing: How to Get It. How to Give It.” Copyright © 2019 by Mark Batterson. Used by permission of Multnomah, an imprint of Penguin Random House.

Mark Batterson is the author of 18 books including "Double Blessing: How to Get It. How to Give It." and "Whisper: How to Hear the Voice of God," winner of the 2018 ECPA Christian Book Award. He’s the founder and lead pastor of National Community Church (NCC), one church with seven campuses throughout Washington, D.C. He lives in the Capitol Hill area with his wife and their three children. For more information, visit him online at markbatterson.com and follow him on Twitter @markbatterson.