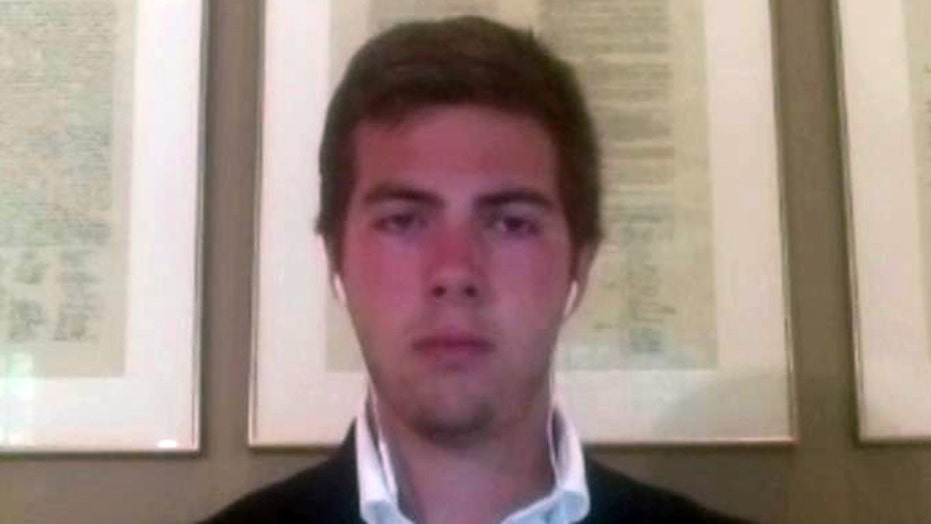 On August 4 I told you about Harry Vincent -- a conservative Texas Christian University student who was suspended and severely punished for posting a series of online messages that insulted the Islamic State, the Baltimore rioters and Mexicans.

On August 5 the private university had a change of heart and reinstated Harry.

“The chancellor called me at my home and told me that he decided my punishment was too harsh and he was going to lessen it to one year of probation,” Harry told me.

Vincent said he hopes his case will encourage other conservative students to take a stand for their beliefs.

He had previously been placed on four years of probation, ordered to undergo diversity training, and perform 60 hours of  community. He was also banned from his fraternity, football games and most university student facilities.

That was Vincent’s punishment for a series of messages he wrote on Facebook and Twitter referencing radical Islam and  calling the Baltimore rioters “hood rats.” He also used the word  “beaner” – a derogatory term to describe Mexicans.

An individual not affiliated with Texas Christian University objected to his postings and launched an online lynch mob –  urging her followers to contact the university and complain.

Vincent, who is a member of the College Republicans and the Young Americans for Freedom, said he was told by the university that his conservative views were “inappropriate.”

In other words – the university decided to throw the book at this young man because he happens to be a conservative white  guy.

“I would’ve liked to have been reinstated with no punishment but it’s better than suspension,” he told me.

The Foundation for Individual Rights in Education (FIRE) was the first to intervene on Vincent’s behalf. While they are pleased the university reinstated the 19-year-old – they are still alarmed that  he’s being punished for speaking his mind.

“FIRE is pleased that the suspension has been lifted but maintains that any disciplinary action based solely on the content of  Vincent’s tweets is inappropriate,” the organization wrote in a prepared statement.

Vincent said he hopes his case will encourage other conservative students to take a stand for their beliefs.

“Stand strong in your beliefs and don’t let anyone try to quiet your opinion,” he told me. “We are entitled to our freedom of  speech and we can’t sit back and allow institutions such as TCU to attempt to silence us.”

A few moments after Vincent’s conversation with the chancellor, the university sent an email to the entire university community touting TCU’s “heritage of inclusiveness and tolerance.”

The chancellor went on to urge students to engage conversations with “civil discourse.”

“As a community of learners and leaders, we need to create a space for respectful disagreement as we seek to understand  each other’s views about societal issues,” the chancellor wrote.

Chancellor Boschini is apparently unaware that we already have a space for respectful disagreement. It’s called the United States  of America.