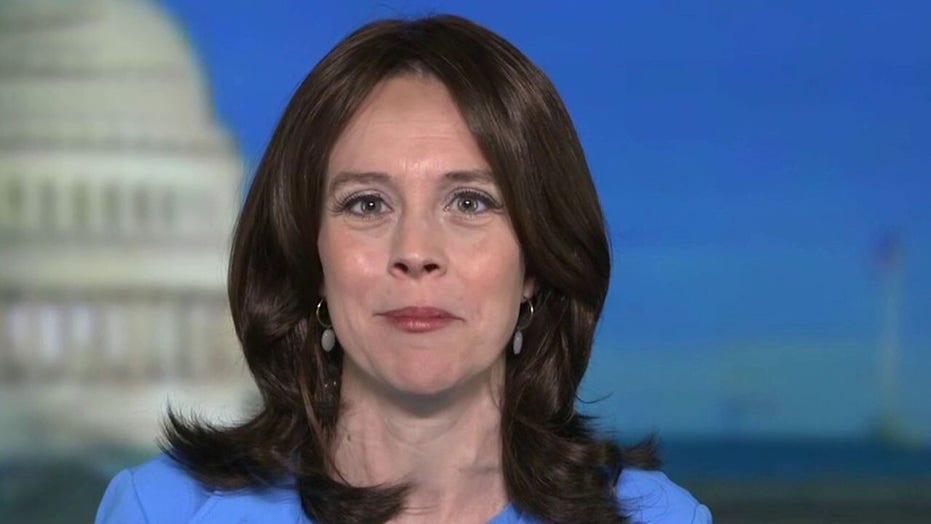 Judicial Crisis Network President Carrie Severino on what's next for the Supreme Court following the death of Ruth Bader Ginsburg.

The death of Justice Ruth Bader Ginsburg has prompted widespread debate that too often floats above the historical record and misconstrues the facts surrounding the confirmation of Supreme Court justices during presidential election years.

There is no historical reason that the president should not nominate and the Senate should not confirm a new justice without delay, returning the highest court to its full complement.

First, contrary to some of the initial prognostication, there is plenty of time to thoroughly vet and confirm a new justice by Election Day.

Just consider three jurists from across the spectrum of judicial ideology, appointed by presidents of both parties.

TOM FITTON: SUPREME COURT VACANCY – IF DEMS CAN IMPEACH IN AN ELECTION YEAR, TRUMP CAN DO THIS

In 1975, Justice John Paul Stevens was confirmed just 16 days after his nomination was submitted to the Senate. 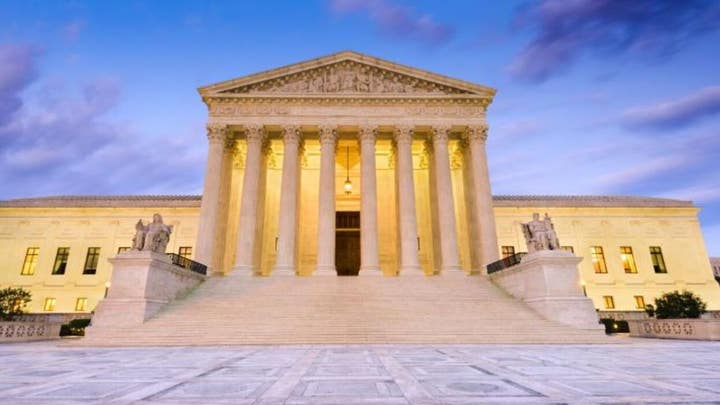 Second, the Republican position on filling Supreme Court vacancies during a presidential election year is consistent with historical norms and presents no hurdle to confirming the next justice. Unsurprisingly, if the Senate is of the same party as the president, his nominee is overwhelmingly likely to be confirmed. And if it is of an opposing party, chances of confirmation are comparatively slim.

During the past presidential election, with a Republican majority in the Senate and a Democrat in the White House, Majority Leader Mitch McConnell announced on the day of Justice Antonin Scalia’s death that the Senate should not fill the vacancy until after the election.  He did not waver after Merrick Garland was nominated.

In 2016, President Donald Trump was elected because of his transparency on future Supreme Court nominations and his commitment to putting constitutionalist justices on the Supreme Court. Indeed, one out of five voters said the Supreme Court was the most important issue for them in the election, and those voters overwhelmingly chose President Trump.

Then, in 2018, against the backdrop of Justice Kavanaugh’s confirmation, the American people once again delivered an expanded Republican majority in the Senate.

The expansion of the Republican majority in 2018 is critical because which party (the president’s or the opposition’s) controls the Senate has been the prime determinant of whether a vacancy arising in an election year gets filled before the end of the president’s term.

Unsurprisingly, if the Senate is of the same party as the president, his nominee is overwhelmingly likely to be confirmed. And if it is of an opposing party, chances of confirmation are comparatively slim.

There have been ten vacancies that have arisen on the Court during presidential election years with a Senate and White House controlled by the same party, excluding vacancies filled during an election year that occurred the previous year.

Eight of those were confirmed before the end of the presidential term. And the two vacancies not filled by a same-party-controlled Senate faced unusual circumstances.

James Buchanan waited over eight months after the death of Justice Peter Daniel in 1860 to nominate Jeremiah Black, by which time so many Democrats had withdrawn during the secession crisis that the Senate majority was lost. And Lyndon Johnson’s nomination of Justice Abe Fortas to replace Earl Warren as chief justice was filibustered in reaction to the Warren Court and amid ethical questions surrounding Fortas.

Six other election-year vacancies on the Court occurred while the Senate was controlled by the opposition party (excluding Dwight Eisenhower’s recess appointment of William Brennan).

Naturally, they faced significant opposition in light of the divide in government.  In four of those six cases, all of which involved the deaths of sitting justices, the vacancies were not filled until the next president took office.

In 1828, the Senate voted to postpone John Quincy Adams’ nomination of John Crittenden. Between 1844 and 1845, John Tyler made three nominations—including two of the same man—but the Whig Senate didn’t even proceed to a single confirmation vote (the party had publicly disowned Tyler).

In 1852, Millard Fillmore also made three nominations, this time of three different men.  None of them got a confirmation vote. And then, of course, there was Obama’s nomination of Garland, which met a similar fate.

Only two of the six nominations for election-year vacancies were successful with opposition Senates, and both occurred during the 1880s. William Woods was nominated by Republican Rutherford B. Hayes in 1880 and confirmed to replace Justice William Strong, but it bears consideration that Strong had retired after Republican James Garfield’s election victory that same year.

In the only such instance in which the opposition party had something to lose, Democrat Grover Cleveland’s nominee, Melville Fuller, got enough Republican votes in 1888 to be confirmed to succeed Chief Justice Morrison Waite.

Even if the number of historical precedents is cut to eliminate six nominations that occurred after election days had passed—in 1801, 1828, 1861, 1864, 1872, and 1880—the patterns would hold. With same-party control, five of six pre-election nominations were confirmed, as opposed to only one of four with divided control.

Mitch McConnell cited historical precedent four years ago. Since then, the American people have twice confirmed that they wanted President Trump to have the opportunity to confirm justices with the support of an aligned Senate during the entirety of his first term in office. And history confirms that, with the people having spoken, and with Republicans holding both the White House and the Senate, the next Supreme Court justice should be publicly vetted and confirmed without delay.

Confirm the justice. There is no reason to wait.​