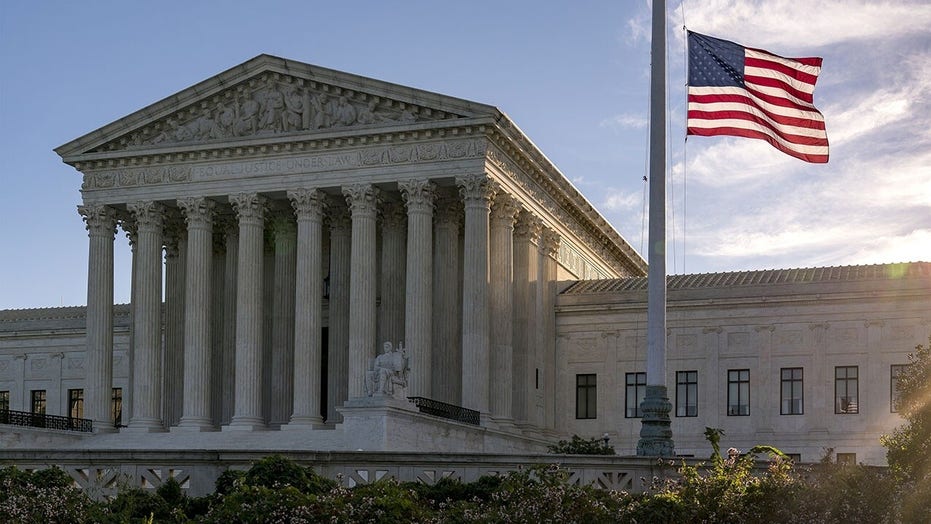 If Trump pushes SCOTUS nominee through.

When karma lands, it lands hard. This is the lesson Democrats are now learning with the passing of Supreme Court Justice Ruth Bader Ginsburg, and the reality that President Trump will move forward to fill her seat this week.

In years past, Democrats might have had the tools to stop the process in its tracks, or the comity and goodwill to be able to reach a compromise with Senate Republicans or the White House. But they have squandered their goodwill and disarmed their senators, leaving them with little to do but fume and threaten.

Democrats say they are angry about the precedent and propriety of a hurry-up nomination process. They invoke Ginsburg’s supposed “dying wish” she “not be replaced until a new president is installed."

Senate Minority Leader Chuck Schumer, D-N.Y., threatened that “nothing is off the table for next year” if Senate Republicans move the process forward. And Massachusetts Rep. Joe Kennedy III tweeted his contempt for the Supreme Court, saying: “If he holds a vote in 2020, we pack the court in 2021. It’s that simple.”

But this is a case of “coup karma.”

If the Left can unilaterally impeach and try to remove a president during an election year, a Supreme Court justice can certainly be appointed during an election year. Democrats can hardly stand on principle regarding election year nominations when they were more than willing to engage in a partisan, election-year impeachment fiasco based on a contrived pretext that had no chance of prevailing.

The impeachment followed other failed attempts to sabotage Trump – illicit spying, the “insurance policy,” seeking to invoke the 25th Amendment to remove him from office, and the Mueller “witch hunt” investigation that harassed him despite almost everyone in D.C. knowing that there was never any evidence of Russian collusion.

After the Mueller fiasco flamed out, Democrats weaponized the whistleblower process to create a fake scandal out of a harmless July 25, 2019, conversation between President Trump and President Volodymyr Zelensky of Ukraine. This became the basis for what George Washington University Law Professor Jonathan Turley called “the shortest proceeding, with the thinnest evidentiary record, and the narrowest grounds ever used to impeach a president.”

Recall that the impeachment moved out of the House based on an unprecedented party-line vote!

The fact that the coup impeachment was occurring as an election was looming made no impression on Speaker Nancy Pelosi, D-Calif., and her minions, who were eager to leave Trump “impeached forever” (though he was also acquitted forever).

Byron York called it “an election-year gambit” using the impeachment as “the most audacious opposition research maneuver of all time.” And Berkeley law professor John Yoo cautioned that the Founding Fathers would have rejected the idea of an election-year impeachment because they “expected that the American people would hold a president accountable for any abuses of power at the ballot box.”

We are staring down the barrel of potentially the greatest constitutional crisis since the Civil War, and we need nine justices on the bench.

So it is ironic to hear Democrats saying that the people should decide who gets to choose the next Supreme Court justice when they were more than willing to deny voters the opportunity to judge President Trump’s fitness for office.

Defenders of the election-year impeachment also argued that the timing was valid since the “crimes” under investigation might affect the outcome of the election itself. A similar argument can be made regarding filling Ginsburg’s vacant seat.

The Left has hired 600 hundred lawyers for the Biden campaign and intends the Supreme Court to be an active participant in the 2020 election. The stakes going into November are frankly too high to have a Supreme Court not at full strength.

Democrats have pushed for a mail-in election that virtually guarantees fraud and chaos and subsequent urgent litigation. They have instructed Democratic nominee Joe Biden not to concede under any circumstances and have threatened violence if they do not win.

The country cannot afford to have an eight-member Supreme Court that could deadlock on critical questions coming from these dangerous circumstances. We are staring down the barrel of potentially the greatest constitutional crisis since the Civil War, and we need nine justices on the bench. As then-President Obama tweeted in October 2016, “the need for a ninth justice is undeniably clear.”

There is plenty of time. Justice Ginsburg was confirmed only 42 days after she was nominated by President Bill Clinton. President Trump’s nominee should get the same speedy consideration by the Senate.

A confirmation vote by Oct. 30 is completely doable. Especially since a cabal of corrupt politicians tried to ram through an election-year impeachment and failed. Again, coup karma.

It is absurd to suggest a president whose party controls the Senate should jointly decline to fill a vacant Supreme Court seat – ever. Fill the seat.