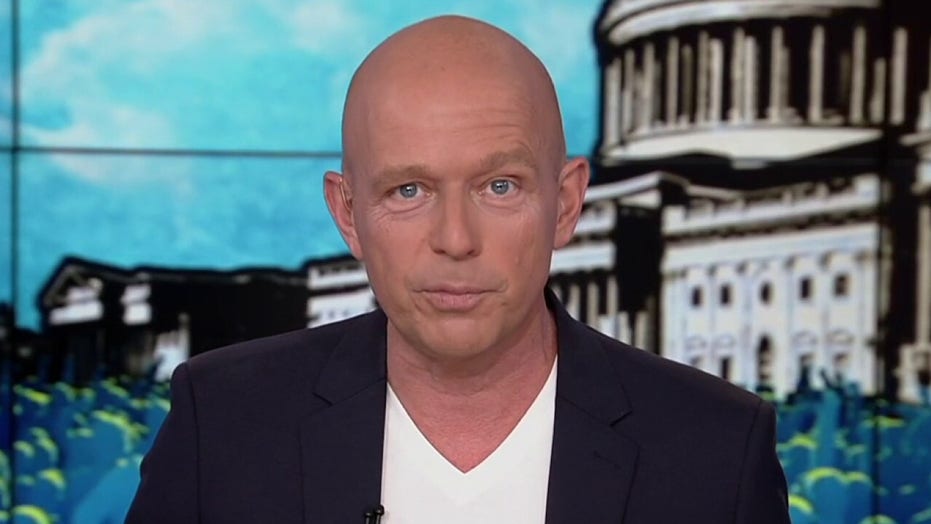 Well, it was a blowout for Bernie Sanders in the Nevada caucuses, and he is now the Democrats' clear front-runner. So it's time for a closer look at Bernie and in particular, the superficial cliche trotted out by nearly every pundit that Bernie is a populist, the Democrats version of Donald Trump.

That is completely wrong. And I'm going to show you why.

But first, I want to say this about Bernie: I do admire the way he has pushed himself to the position he is in today, through sheer force of character and ideas. I agree with many of the things he says are wrong with the country – the corruption of the establishment, the way working people lost power.

I used to agree with him on immigration until he totally changed his position. And on a personal note, I've got a lot of time for his campaign co-chair, Nina Turner. She is a huge talent with a big future.

But here comes the "but": No one should buy the pundits' lazy consensus that Bernie is a populist, like Trump. He is not. And here are the four reasons why.

First, Trump was an outsider. Bernie is actually an insider.

Before entering the presidential race, Donald Trump never ran for anything. He was never in politics before and approached it like a problem-solving businessman. He combined traditional conservative ideas with new, more populist ones.

Pro-business on tax and regulation, but pro-worker on trade and immigration; pro-America on defense; pro-family on paid leave and child tax credits; conservative judges and criminal justice reform. And perhaps in the long term, his most significant policy shift of all – upending the establishment consensus on China. Trump's original innovative policy mix is something only an outsider could have put together.

By contrast, Bernie has been a political insider all his life. For almost four decades, he has collected taxpayer-funded paychecks as a mayor, a congressman and now senator.

But he's not even an effective insider. He has introduced 239 bills while in the Senate. Guess how many became law? Two. Maybe for once, Hillary got it right when she said nobody likes him, nobody wants to work with him, he got nothing done.

You're not a populist if your policies aren't popular.

Here's the second reason it's wrong to say Bernie is just a Trump of the left: Donald Trump's policies are mainstream, Bernie's are extreme.

The policy agenda President Trump ran on in 2016 that he has been implementing since is based on mainstream positions with majority support, whether that's strong borders, renegotiating trade deals, cutting taxes, or school choice.

And of course, the multitrillion-dollar Green New Deal – actually the centerpiece of Bernie's plan for the economy – rejected by a massive 67 percent. You're not a populist if your policies aren't popular.

Here's the third big difference between Bernie and Trump: The president stands up to the establishment. In the early days, Trump had establishment people all around him, trying to block him on everything – trade, China, the endless wars, immigration, you name it.

But the president stopped his populist instincts, and now we're seeing the results. That is a huge contrast with Bernie.

In his last presidential campaign, he was firmly against open borders.

Sen. Bernie Sanders, I-Vt., presidential candidate: Should we have a completely open border so that anybody can come into the United States of America? If that were to happen, which I strongly disagree with, there is no question in my mind, that that would substantially lower wages in this country.

He realized he couldn't get anywhere with that position in the new "woke" Democratic establishment. So now, he has completely caved. He is for decriminalizing border crossings, breaking up ICE, the whole crazy package.

But here's the fourth and most important difference between Trump and Bernie and the thing that the pundits most infuriatingly get wrong. They call them both populist – Bernie a populist of the left; Trump on the right.

Tax cuts put more financial power in the hands of working people. Judges, like Gorsuch and Kavanaugh and hundreds of others appointed by Trump are upholding people's rights and the Constitution and curbing the power of the administrative state.

Bernie wants to redistribute power all right, but he wants to take power from the private sector elite and give it to a new public sector elite – a new army of bureaucrats and busybodies running around telling you what to do once Bernie has told them what to do.

And by the way, don't believe the spin that socialism is nothing unusual, that it's normal in places like the U.K. or Sweden or Denmark. That is rubbish. I know those countries. What they have is not Bernie's democratic socialism. It is social democracy, and it is totally different.

Nowhere in Europe is as extreme as Bernie's plan for America. Even the U.K. with the National Health Service doesn't ban private insurance. Sweden has massive school choice and vouchers. Denmark has one of the lowest levels of government regulation in the world.

Bernie is a Washington insider with extreme socialist positions who panders to the establishment when it suits his own political purposes. I'll give the last word to a well-known Democrat who doesn't think that the Democrats, in the end, will buy what Bernie is selling.

James Carville, Democratic strategist: They're not interested in socialism and the revolution and all that foolishness you hear.

And in another interview, Carville went a little further than "foolishness":

"Most of the people aren't into all this distracting [bleep] about open borders and letting prisoners vote. Democrats talking about free college tuition or debt forgiveness. People all over this country work their way through school, sending their kids to school, paid off student loans. They don't want to hear this [bleep]."

You're so right, James Carville. People don't want that "bleep." They don't want socialism, they want populism – positive populism. And from President Trump that is exactly what they're getting.

Adapted from Steve Hilton's monologue from "The Next Revolution" on Feb. 23, 2020.