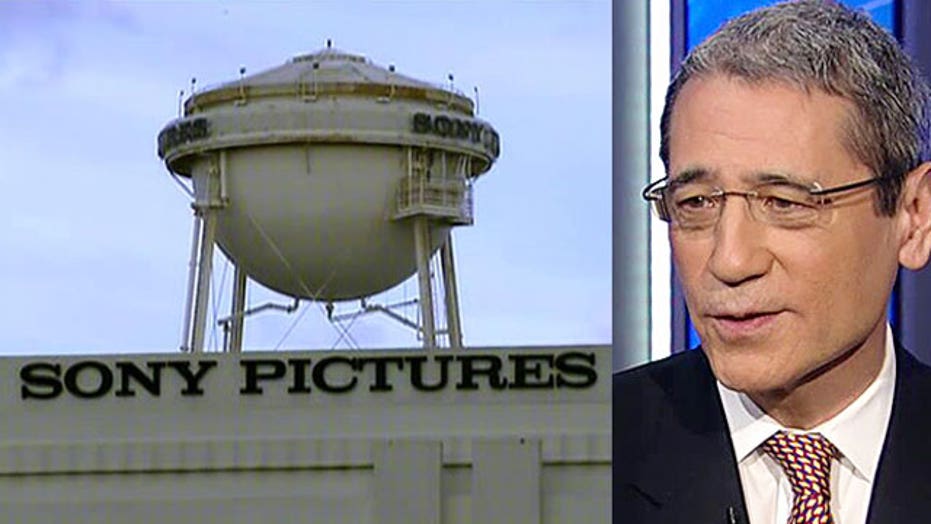 Gordon Chang: Attack on Sony an 'act of war'

The story of the lonely whistleblower, the iconoclastic artist, the little guy standing up to the powers that be has always been a staple of Hollywood drama, from “High Noon” and “On the Waterfront” to “Serpico” and “The Insider.” But that’s just the movies. The real Hollywood is another story.

We were reminded of this on Wednesday, when Sony Pictures abruptly announced it would cancel the planned Christmas Day release of “The Interview,” a screwball comedy in which actors Seth Rogen and James Franco play two journalists tasked by the CIA to assassinate Kim Jong Un during an interview with the corpulent North Korean tyrant.

We haven’t seen the film, but judging from the trailers it looked like a sequel of sorts to “Team America,” the hilarious 2004 comedy taking aim at the late Kim Jong Il. Not surprisingly, the Kim regime was not amused: In June, a North Korean foreign ministry spokesman warned that “if the U.S. administration allows and defends the showing of the film, a merciless countermeasure will be taken.”

They might not have been bluffing. Last month Sony Pictures was hit by a cyberattack that leaked mountains of internal corporate information, much of it sensitive or embarrassing. On Tuesday, hackers warned of terrorist attacks against movie chains showing the film. At least five major chains had decided not to show the film when Sony Picture cancelled the release.

All businesses need to take the safety of their customers seriously, and Sony can’t release a film to movie chains that won’t show it. Then again, an industry that is supposed to epitomize freedom of expression also needs to be prepared to take at least some risks in its defense, as all Americans have since the attacks of September 11, 2001.

Capitulating to the threats of North Korea’s department of global propaganda—and the U.S. government now believes Pyongyang was behind the Sony attack—will not be remembered as a profile in Hollywood courage, and will set a precedent for further bullying of a notably weak-kneed industry.