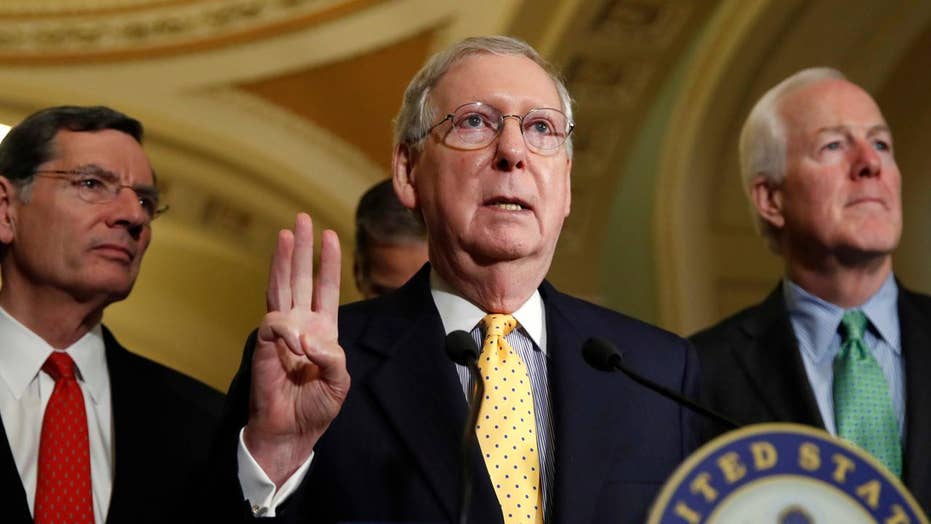 Earlier this month, the House passed its ObamaCare Repeal bill, and there are those on both sides of the aisle not satisfied with the product.

Virtually every Republican ran on dismantling the abomination of ObamaCare and fixing our broken health care system. Does the House Health Bill do that?  I don’t think so, and I’ll tell you why.

The people who wrote the bill don’t really think they’ve solved the problem, either.  Strong evidence for that is the House bill’s creation of a massive federal program to pay insurance companies to continue coverage for those who develop a “pre-existing” condition, aka become seriously ill without insurance.

By creating this $140 billion federal entitlement to perpetually fund a high-risk pool, the House acknowledges that the brokenness of our health insurance system will continue, and they have offered no other solution than a federal bailout to insurance companies and states.

If Congress really wanted to fix our rotten insurance system, they would first have to understand the problem. I hope to be part of helping them do that as the bill moves to the Senate.

The House bill to create federal subsidies for insurance companies to cover patients with serious illness is not capitalism but rather a Band aid similar to the Band aids of ObamaCare.  Federal subsidies given to insurance companies is crony capitalism at its worst and will inevitably lead to bigger and bigger taxpayer bailouts until government creeps into every nook and cranny of health care – and we awake to discover that the Republican plan doesn’t look too different from Obama’s plan.

If Congress really wanted to fix our rotten insurance system, they would first have to understand the problem. I hope to be part of helping them do that as the bill moves to the Senate.

Insurance, historically and logically, only works if you are buying insurance against some event that is unknown but whose occurrence can be predicted with some accuracy. It also works best if you are spreading the risk among a large pool of people.  Both of these issues can be addressed in the Senate version of the bill.

A pool of people can buy insurance against death as long as they are not yet dead.  But wouldn’t life insurance go sky high if you developed a serious “pre-existing” condition?  Absolutely, but the purchasers protect themselves by buying multi-year policies.

So, life insurance is often purchased for 20 years, and if you become sick during that 20 years and the risk of you dying increases, the insurance company bears that risk, not you.  That’s how health insurance should work.

Could health insurance work that way? Yes, but only if we allow the consumer to be in charge again.

Health insurance is so regulated that competition, innovation, and change are stagnant.  No new product is introduced.  No market forces force change.

But the ability to band together in buying pools will allow consumers of health care to demand it.  That’s the only way we will have change.  I think it is quite clear the insurance companies will NEVER, out of the goodness of their hearts, offer such a product.

Insurance companies argue multi-year policies are difficult. They might have a point if the policy were to cover every hangnail and knee abrasion, but there is some definable point at which risk could be calculated.  That requires all sorts of different policies to be offered, including returning to catastrophic policies where only grave illnesses and hospital visits are under “insurance,” and everyday health care is not, lowering the cost of both the policies and the health care.

Somewhere on the spectrum from no deductible upwards there is a spot at which risk could be measured and a multi-year insurance policy sold.  The deductible that is both profitable and still economical to the consumer could be discovered through negotiation.

That negotiation will only occur if we empower the consumer by letting them join national buying groups.  Imagine if the tens of millions of people who belong to Credit Unions, or organizations like the NRA or ACLU, could negotiate as a group for health insurance and drug prices!  Imagine the insurance executives and drug companies coming on bended knee to negotiate for the business of tens of millions of people!

I have proposed legalizing nationwide Association Health Plans.  My Senate Bill 222 does just that.  I have advised the President to act through his Secretary of Labor to review existing law and make it explicitly known that national associations can negotiate as one to bring down insurance prices.

Even without legislation, I believe the President has the power to legalize much of what is needed for national health care co-ops or buying groups.

Capitalism, competition, and freedom do work!  But only if government gets out of the way.  If consumers have choices – and power – we can go a long way toward fixing our problems.