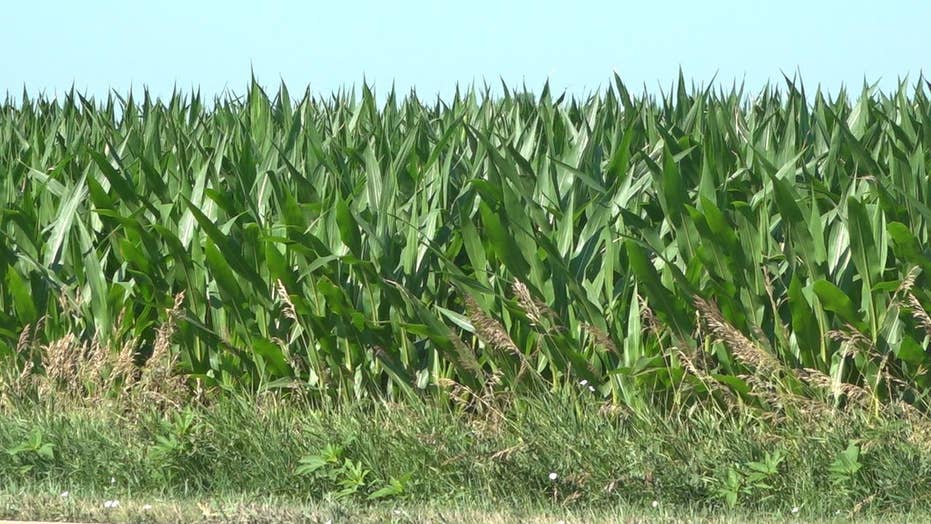 Businesses in Midwest is getting creative to attract workers

A shortage of workers in the Midwest is causing business leaders to get strategic about attracting people.

Members of Congress representing Middle America have been talking about the challenges facing the Midwest for years, but our warnings have largely fallen on deaf ears.

Why? Because too often, Congress doesn’t act on a problem until it becomes a crisis.

Many communities in the Midwest, particularly rural communities, are close to that point. Without immediate action, the heart of the nation may stop beating. By then, it will be too little and too late for the rest of the nation.

SEN. CHUCK GRASSLEY: WE CAN FIND AREAS OF CONSENSUS WHEN IT COMES TO HEALTH CARE. HERE'S PROOF

The problems facing the Midwest are cyclical. Small towns are getting smaller and disappearing because there are no job opportunities for younger generations. Without jobs, young people leave.

Without fresh blood to start new businesses and build up communities, they fall into disrepair. Shrinking populations also mean fewer kids in schools and customers at local grocery stores and restaurants, resulting in fewer jobs and smaller city budgets. And the cycle repeats itself.

What can be done to reverse the cycle? Enact policies that cultivate a sustainable business environment in small communities.

Many folks in the Midwest pride themselves on being independent. They work every day to preserve our nation’s small towns and culture. There are many inspiring stories about small communities coming together to help one of their own in need where the citizens took action themselves instead of saying that’s the responsibility of government.

However, some issues facing these small towns can only be addressed by Congress.

Finding and implementing solutions to fundamental challenges, such as broadband and health care access, will go a long way toward improving economic conditions in our small and rural communities.

One significant step forward that has shown positive results was the passage of the Tax Cuts and Jobs Act. Specifically, Opportunity Zones were included in the law. They are designed to stimulate economic development and job creation by incentivizing long-term investments in economically distressed neighborhoods, including rural communities.

Since the law’s passage in 2017, there have been wage increases in these areas. For example, during the second and third quarters of 2018, counties with a large presence of Opportunity Zones experienced an annualized wage growth of 8 percent.

Another thing Congress can do right now is to help finalize the United States-Mexico-Canada Agreement (USMCA). Agricultural businesses in small towns and rural communities are often the engines of their local economies. They depend on international trade to keep their lights on, tractors running and doors open.

Mexico and Canada are two of America’s largest trading partners. Modernizing this trilateral agreement would increase optimism and security for the nation’s small and rural communities and help them invest and grow their businesses. In turn, that would create more opportunities for employment, increased wages and long-term economic sustainability.

According to a Pew Research Center survey, there is a 12 percentage point digital gap in home broadband connectivity between rural residents and everyone else. Lack of access to high-speed internet poses a barrier for one-quarter of rural Americans.

The Federal Communications Commission set a benchmark of 25 megabits/second. In its most recent broadband deployment report, the FCC said more than 21 million Americans lacked access to this benchmark connection. In order for small and rural communities to succeed, they need to have access to the same tools as big cities.

Small and rural communities are also at a disadvantage because of a lack of reliable health care. Geographic isolation, inclement weather situations and challenges in transportation are all significant obstacles for residents in these areas to receive even basic care services.

The problem is worse for those who need specialized medical treatment. Without even elementary health care options, communities have a hard time incentivizing their young people to stay and an even harder time enticing new talent to relocate.

Legislation such as the Rural Emergency Acute Care Hospital (REACH) Act, which would help rural hospitals stay open and ensure rural residents have emergency room care and outpatient services, as well as developments in telehealth services have helped make progress on this issue, but more needs to be done.

With Sen. Ron Wyden, D-Ore., I introduced the Prescription Drug Pricing Reduction Act (PDPRA). According to the Congressional Budget Office, the legislation would reduce out-of-pocket costs for patients by $25 billion and save an additional $6 billion in premiums.

Passing PDPRA would be a huge victory for all Americans, but particularly those in small and rural communities because drug prices do not adjust lower to account for local wages like housing costs do. When it’s difficult to simply see your doctor, you shouldn’t have to worry that you’ll need to leave your medicine at the pharmacy counter due to high prices.

Finding and implementing solutions to fundamental challenges, such as broadband and health care access, will go a long way toward improving economic conditions in our small and rural communities.

As rural communities and Middle America grow stronger, so does the rest of the nation. Congress can’t wait until we’ve reached the tipping point. Action is needed now. There is absolutely no upside to ignoring these issues.

Continuing to build on the success of the Tax Cuts and Jobs Act – as well as ratifying USMCA and passing PDPRA – are steps that can be taken now to secure the long-term economic health and prosperity of our America’s small and rural communities, as well as of our entire nation.

Sen. Chuck Grassley, R-Iowa, is the chairman of the Senate Finance Committee and co-author of the Coronavirus Aid, Relief, and Economic Security (CARES) Act.