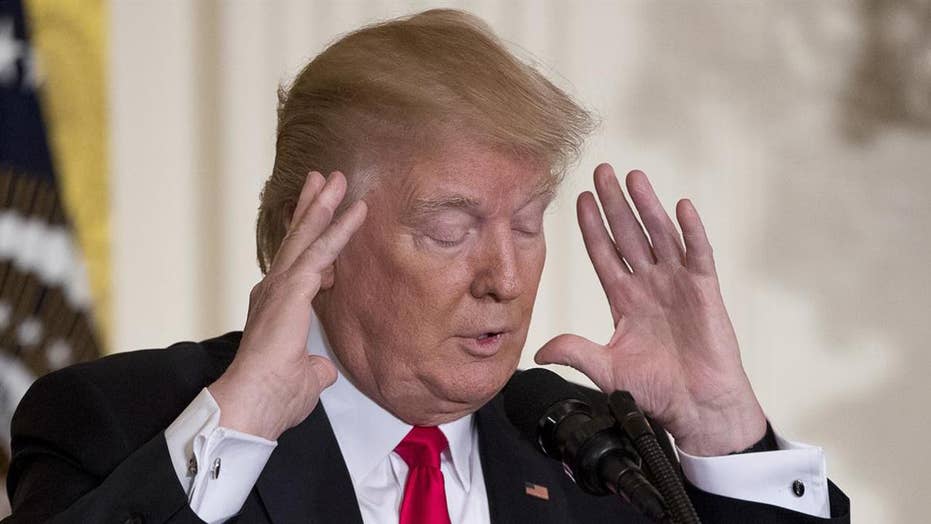 Circa News: No evidence connects Trump with Russian hacking

On 'Hannity,' reporter Sara Carter provides insight into her investigation

Serious journalists have debunked the fake news narrative about a connection between President Trump and Russia, but the same media that refused to vet President Obama continues to run wild with it.

In what can be described as journalistic malpractice, and a gross dereliction of duty, the alt-left radical propaganda press continues to insist there is some nefarious connection between President Trump and Moscow. Evidence? They don’t need any.

“We are, number one, nailing down more direct connections between the Trump campaign and the Russian government at the time the Russian government was influencing our election,” MSNBC’s Rachel Maddow said on March 9. “And number two, at the same time, we are also starting to see what may be signs of continuing influence in our country, not just during the campaign but during the administration, basically signs of what could be a continuing operation.”

And her colleague, Chris Matthews, said just three days earlier: “Vladimir Putin over there in the Kremlin did everything he could to put guess who in the White House.”

Over at CNN, Jake Tapper was all in on the alt-left radical media’s favorite fake news story.

Never mind that there's not a shred of evidence to support any of this. Sources have told "Hannity," as well as Circa News that the FISA warrant supposedly granted back in October had nothing to do with Donald Trump. Every time this issue of so-called Russian collusion came up, it was debunked by law enforcement.

So when is the “destroy Trump media” going to apologize and admit they were completely wrong? Will they ever stop freaking out over people connected to the Trump campaign meeting with the Russian ambassador? Turns out, it's political standard practice. In fact, over the weekend a Kremlin spokesman actually said people tied to Hillary Clinton's campaign did the exact same thing during the campaign.

The double standard never ends, and no matter how obvious it is, the media never stops upholding it.

There was hysteria over President Trump’s attorney general, Jeff Sessions, asking 46 Obama-era U.S. attorneys to resign, even though several presidents, including former president Bill Clinton, have done the same thing. Instead of acknowledging this fact, the press is now saying that yours truly was responsible for the president's decision. I'd love to take credit, but it wouldn't be true.

CNN’s Don Lemon traced the president’s move to my call for Trump to purge deep-state saboteurs from his administration. After all, they are leaking damaging information and working to undermine the president at every turn.

“So coincidence, you think, or is this another example of the president reacting, having a knee-jerk reaction to a right-wing news story?” Lemon mused.

I've got to laugh because when I was talking about deep state Obama holdovers, I don't think I mentioned U.S. attorneys once. But I am glad the liberal media are watching. Perhaps they will learn something

If the president really listened to me, he would have stopped tweeting months ago. Turns out, he makes up his own mind.