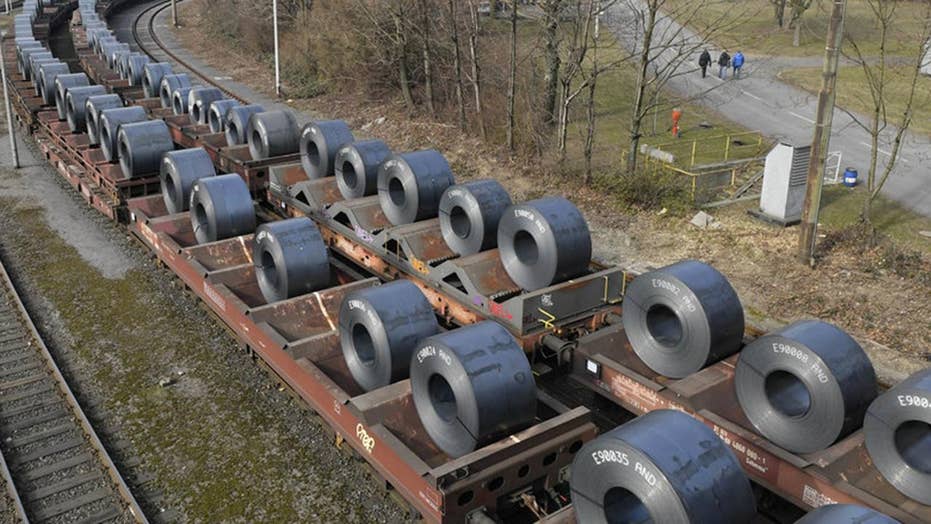 As the Trump administration continues to push its fair trade agenda, both on Capitol Hill and around the country, Democrats should return to their roots and embrace these common-sense fair trade policies that were once the bedrock of our party and understand that these plans support thousands of American workers, especially in places that are critical to reclaiming the White House in 2020.

During my time in the U.S. Congress fighting for the hardworking men and women of Pennsylvania, I represented New Kensington and dozens of other towns forgotten as steel and aluminum jobs moved overseas due to mass foreign government subsidization. These great American patriots are hardworking, tax-paying Americans and Democrats must remember that we were – and still are – the party of organized labor and American workers.

Laboring under the theory that “free trade” exists, some Democratic quarters have criticized the Section 232 tariffs that level the playing field for tens of thousands of aluminum and steelworkers as aimed at the wrong actors. What they fail to recognize is that “free” trade does not exist, someone pays the bill and far too often it is hard-working Americans that see their jobs offshored to the countries providing the most illegal subsidies. For many years, hardworking Americans in aluminum smelting communities had been harmed by global aluminum overcapacity driven by foreign government subsidies, provided by friend and foe alike.

INTERNATIONAL TRADE IS INCREDIBLY IMPORTANT TO SMALL BUSINESSES – HERE'S WHY

Global aluminum overcapacity suppressed industry growth and put the domestic industry at an unfair disadvantage with countries who subsidized their production. A recent 2019 study by the Organization for Economic Cooperation and Development affirmed what many aluminum workers had seen for years – mass government subsidization of aluminum producers in countries such as Australia, Brazil, Canada, China, Russia, India, and the Middle East countries came at the direct expense of aluminum production in the United States.

These illicit trade practices had devastating effects not just in my home state of Pennsylvania, but across the United States and in states like Indiana, South Carolina, Kentucky, upstate New York, and Washington state. Between 2000 and 2017, subsidized overproduction by foreign producers forced 18 of 23 domestic aluminum smelters to shut down and more than 13,000 good domestic production jobs disappeared.

Since the Section 232 tariffs were implemented, by the end of this quarter U.S. primary aluminum production will have increased by 67 percent, bringing back thousands of jobs and resurrecting small towns hit hardest by unfair trade. These jobs – jobs which now have a future due to the administration’s trade policy – are strong jobs that bring economic well-being and prosperity to many small towns across the United States.

According to the Economic Policy Institute, Section 232 aluminum tariffs have restored over 200,000 new jobs. During this same period, the rest of the U.S. economy grew by over 1.7 million jobs – chipping away at the argument that skeptics raised suggesting tariffs would have negative impacts on downstream industries.

The facts show that the tariffs are working and overall have not had widespread negative effects on the economy. According to the Economic Policy Institute, there has been a 9.1 percent growth in both aluminum and steel downstream industries, underscoring the notion that the concerns of Doomsday tariff critics are simply wrong.

As Democrats, we once stood for common sense trade policies that supported American workers and put our industries first. Amidst economic changes, like globalization, automation, and the displacement of workers, I’m concerned that my party has lost sight of what made Democrats the party of working men and women in the first place.

If Democrats want to win back my home state of Pennsylvania and retake the White House in 2020, we need to stand with ordinary American workers and support fair trade policies. Maintaining a strong Section 232 tariff program is an essential component to the vitality of America’s manufacturing industry.