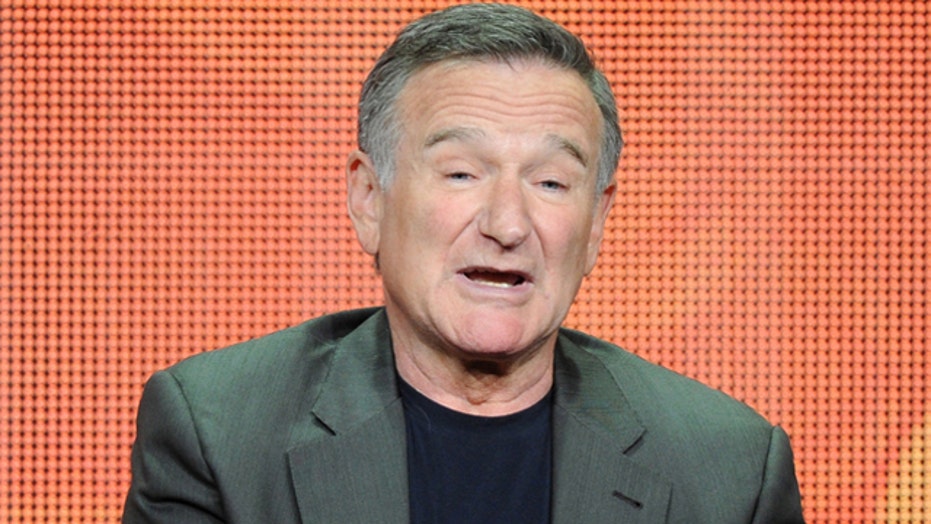 Robin Williams, a comic genius and one of the great storytellers of our time, apparently chose to end his life because he could not see the next chapter of his own story as containing anything other than unbearable psychological pain.

Such is the power of depression – an affliction which is almost unimaginable to those who have not suffered with it -- to twist the truth into something unrecognizable. For the truth is that there were many new and wonderful pages awaiting Robin Williams; he just couldn't imagine them. He couldn't believe the darkness would ever end.

Depression is always, to an extent, a psychotic illness. It steals reality -- which is, in large measure, defined by the completely justifiable hope in tomorrow's possibilities -- and replaces it with a world in which one doubts his or her abilities, discounts to zero his or her past successes, doubts love, doubts friendship and doubts God.

In its worst forms, it is much more than profound sadness; it is the conviction that nothing good will ever occur, sometimes coupled with horrific and constant anxiety that something unspeakably terrible is about to happen--in a minute, or this very night, or tomorrow.

If life is, for all of us, a labyrinth, with sometimes frustrating twists and turns on the way to the center, depression makes life seem, instead, like a never-ending and inescapable maze, with dead ends, frustrations and traps in every direction.

This scourge affected 17 - 20 million adults in the last year alone. Suicide is epidemic now. And our mental health care system is in ruins, so unable to respond that cities are spending tens of millions to build safety nets under their bridges to catch those who attempt to jump to their deaths.

I have treated a billionaire who was convinced, with no basis, whatsoever, that his investments were all crumbling and that he was about to be bankrupt.

I have treated an actor who believed that he had ruined his marriage forever by a prior indiscretion and should do the right thing and kill himself, when his marriage remained as strong as ever, despite the lapse.

I have treated a college student who could not leave her room, then not even the bed, so paralyzing was her low energy, coupled with fear.

I have now treated a few thousand people with depression. I have lost not a single one to suicide while under my care.

If this is more than luck, it is because I fear my enemy.  I know depression is every bit as painful as cancer (which studies have proven) and every bit as stealthy. I don't dance with it or coddle it; I let myself despise it and wage war against it -- like the malignancy it is.

When depression won't yield to psychotherapy, which is designed to uncover the unresolved traumas or hidden truths that can fuel it, I deploy medicines -- including, when necessary, Ketamine infusions and even, in rare cases, opiates like oxycodone.  I have used methadone to blunt it, too.  When psychotherapy and medications don't work, I add new technologies, including repetitive transcranial magnetic stimulation (rTMS and deep rTMS) and, rarely, ECT (electroconvulsive therapy).

I am not proud; if I need help I ask a colleague to consult.

I always -- every single time -- wonder whether suicidal thinking might defeat me and my patient and I will hospitalize a patient, with or without his or her consent, and without apology, if I think there is any chance that I am dealing with a potentially fatal case.

I utterly refuse to give up and will deploy any and every tool at my disposal to win, because I know that every, single case of major depression is a puzzle that can potentially be solved.  Every one of them.  No exception.  Period.

Today -- at this very instant -- many thousands of people around the world are suffering with major depression and convinced that their best path is to end their excrutiatingly painful lives. That is never, ever true. It is a fixed and false belief created by the illness itself, like an emotional virus that fools the psychological immune system into surrendering.