Rep. Nadler: We need to stand up to Trump's attempts to render Congress inert

Attorney General William Barr volunteered March 29 to testify before the House Judiciary Committee to answer questions about the report by Special Counsel Robert Mueller and decisions surrounding it. Every single member on the committee was looking forward to the attorney general’s testimony, scheduled for Thursday.

Unfortunately, ludicrous demands from the chairman made it impossible for the attorney general to join the committee as he intended.

On behalf of the northeast Georgians I represent, I was prepared to join my Republican colleagues in asking questions. I imagine my friends across the aisle were also looking forward to seeking answers.

Instead, the chairman insisted staff ask questions of the attorney general at Thursday's oversight hearing. In the 206-year history of this committee, staff has never questioned witnesses in an oversight hearing. Not once. To say the demands of Chairman Jerrold Nadler's, D-N.Y, are unprecedented would be an understatement.

The chairman claims he wanted staff to question the attorney general because five minutes per member is not enough time. I agree, and so do the rest of the Republicans on the committee. That’s why the day before this hearing we unanimously supported the chairman’s motion to give each side 30 additional minutes of question time. 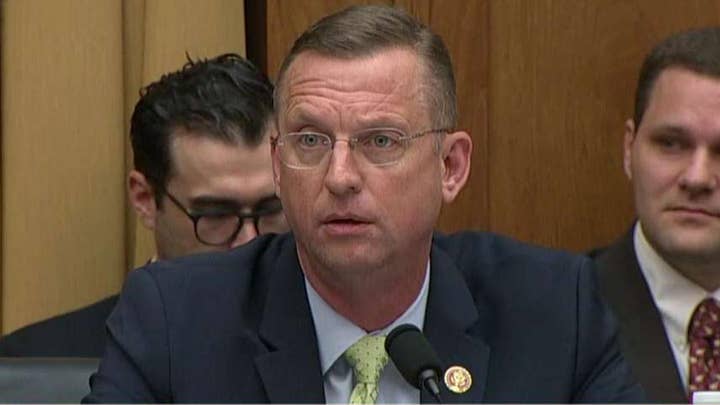 Apparently, however, that was not good enough, and the chairman pushed for an unprecedented accommodation, even though many of the 24 Democrats on the committee are successful former prosecutors and trial lawyers.

Since Chairman Nadler insisted on delegating questioning to outside counsel rather than trust his deep bench of elected officials, it begs the question, why? Is the committee worried that one lone witness will eclipse a committee brimming with legal talent? That seems unlikely.

Perhaps Democratic members themselves prefer to cede their constitutional oversight role to lawyers who have never set foot in their districts. That seems unlikely. But would elected leaders who find themselves at the center of history-in-the-making siphon their duties off to staff? That seems even more unlikely.

Until House Speaker Nancy Pelosi passes a House resolution launching an impeachment inquiry, the procedural and legal rules governing impeachment do not apply. The branch of government that makes our laws is bound, at the very least, by its own rules and procedures.

Democrats, therefore, can’t have it both ways. They can’t try to pacify their liberal base by pretending to pursue impeachment without actually taking the plunge.

The reality of our chamber and this distinguished committee is that when it comes to impeachment, you’re either in, or you’re out. And right now, Democrats have opted out.

To distract from their distinct lack of an impeachment agenda, Democrats ceaselessly slander the attorney general. The chairman says William Barr is trying to “blackmail” our committee and he is “terrified” of appearing before us, though he just spent Wednesday being questioned by Democratic and Republican senators.

To be precise, the attorney general sat through nearly six hours of questioning in the Senate Wednesday—including a second round of questions conducted solely by Democratic senators. He would have joined lawmakers in the House Thursday but for Democrats’ extraordinary decision to change the committee’s procedures for the first time in over two centuries.

Since the attorney general could not appear, it’s worth recalling his recent actions. He shared with us what Special Counsel Mueller agreed were accurate principal conclusions and delivered to us the special counsel’s report as soon as possible so the entire country could read it for themselves.

Amazingly, Democrats have used the attorney general’s openness as ammunition for their misguided attacks against him—attacks they are apparently too afraid to make in person.

House Democrats have failed at every turn to negotiate in good faith or accept the Justice Department’s considerable accommodations. They demand every document related to the special counsel investigation but refuse the attorney general’s offer to read the nearly unredacted version of Mueller’s report. They then torpedoed his voluntary testimony with an abusive, baseless demand.

As a result of desperate liberal tactics, Americans have lost another chance for closure.

Not only have Democrats ignored the results of the Mueller investigation, they continue to ignore the crisis at the southern border.

Yet the committee with jurisdiction over all of these issues chooses to spend its time trying to intimidate the attorney general instead of being the leaders our constituents sent us here to be.

I implore my colleagues to abandon hollow theatrics and return to legislating. House Judiciary Committee members should examine the report provided by the attorney general, ask earnest questions, and heed the pleas of hardworking Americans who understand that our time is better spent making progress than chasing ghosts.