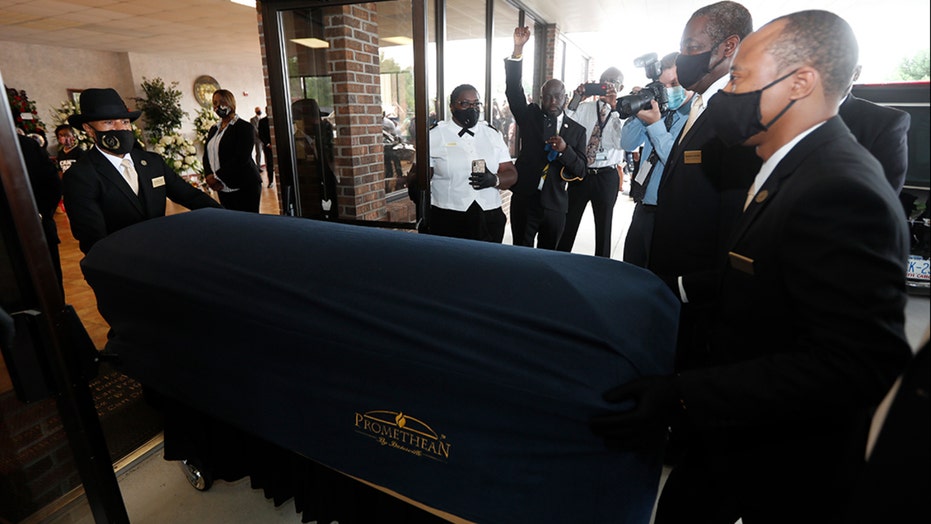 The horrific May 25 killing by a white Minneapolis police officer of George Floyd, a black man in handcuffs who was not resisting arrest, has shocked the world and left America at a crossroads.

Will we as a nation finally do the work needed to achieve true and lasting racial equality? Or will we choose the status quo and fail to make the changes needed to eliminate the cancer of racism that has plagued America since Africans were first brought to the colonies in chains 400 years ago?

While slavery is long gone, a racial double-standard continues to plague our police departments, public schools, courtrooms and boardrooms. And black Americans continue to suffer disproportionately from poverty, poorer health, lower educational attainment, worse housing and in other ways.

Truth be told, abandoning our nation’s long and immoral history of racism should be an easy choice. But in reality, making the move to become an anti-racism nation will require some real soul-searching and policy changes.

On Friday, Washington, D.C., Mayor Muriel Bowser renamed a street leading to the White House “Black Lives Matter Plaza.” This move by the black mayor of the nation’s capital, while unprecedented, was absolutely right.

What Mayor Bowser has done with her action is to send a clear message to President Trump – a man born into wealth and white privilege who has no idea of the discrimination and indignities still suffered by African-Americans today.

America needs a president who can understand that Black Lives Matter is something that our nation needs to embrace in words, actions and federal policy. You don’t have to be black to know that racism is an evil that should have been expunged from the American soul long ago – but President Trump is clearly oblivious to this indisputable fact.

Sadly, Trump has been pretty muted when it comes to speaking to the pain, outrage and anger coming from protesters of all colors across the globe outraged by the death of George Floyd. The president is clearly far more interested in tweeting insults and attacks against anyone who says something he perceives as negative about him. He is far more eager to show he is a tough “law-and-order” leader.

Trump has made the deliberate choice to be the “divider-in-chief” and created a mindset of “us vs. them” that is tearing our nation apart.

In moments of national crisis, the American people have come to expect our president to take on the role of “comforter-in-chief.” Instead, Trump has made the deliberate choice to be the “divider-in-chief” and created a mindset of “us vs. them” that is tearing our nation apart.

For America to be a great and moral nation it must care for all of its citizens, no matter their race, color, creed or citizenship status. And that is exactly what is missing at this moment.

Black people in America aren’t looking for some magical instant solution to our pain, anger and distress resulting from systemic racism. We are looking for a meaningful dialogue on how American racism can get its knee off our necks.

The George Floyd killing and the imagery of a white police officer pushing his knee into Floyd’s carotid artery for almost nine excruciating minutes represents a long-held symbol of racism and how black America interprets racism’s impact on our daily lives.

From how our public schools are funded to how neighborhoods are policed, black Americans feel the systemic weight of racism in every chapter of our lives.

We feel it when were are at the hospital and our physical pain is ignored. We feel it in our schools, where we see black educators being pushed out of the already under-resourced classrooms.

We feel it at the bank when credit-worthy entrepreneurs are denied capital to start their new businesses. And we feel it when black parents are forced to have “the talk” with their children about interacting with law enforcement.

Black people aren’t stupid. We know what works and what doesn’t, so we understand that those who give us empty phrases or buzzwords like “criminal justice reform” and “school choice” – or suggest another “task force” or “working group” be formed – won’t really improve our lives.

If America’s elected leaders are truly committed to the work of fighting racism they must start by acknowledging that white privilege has always existed in our society and continues to exist.

Yes, we know that the lives of black people have improved from the terrible days of slavery, to Jim Crow laws, to open and legally sanctioned discrimination. But we also know that claims that racism and inequality have disappeared are patently false, and we want our nation’s leaders to acknowledge this.

This acknowledgment of reality should be quickly followed with collaborative solutions that incorporate the voices of those most harmed by privilege – black people.

For far too long, we have watched misguided lawmakers pass policies and push half-baked solutions for black America, many resulting in more harm than good. And to be frank, we are tired.

If you are in disbelief, just take a look at what happened this week in Minneapolis. After weeks of sustained peaceful protest and a tear-jerking memorial for George Floyd, the city has announced its plan to end the use of a highly frowned-upon and life-threatening chokehold by law enforcement.  OK, that’s a good step, but after weeks of protests much more is needed.

To be honest, both parties have blind spots when it comes to fighting racism. But Trump seems more oblivious to this problem that past presidents in recent decades.

Just take a look at Trump on Friday. In announcing improved jobs numbers as more businesses open after being closed due to the coronavirus pandemic, the president said that “hopefully George [Floyd] is looking down and saying this is a great thing that's happening for our country.”

Mr. President, George Floyd is dead! He should be alive with us on this Earth today. He’s not going to get a job or get anything else from our improving economy. You have no right to hijack his memory and try to paint him as somehow cheering on your self-proclaimed achievements in office. Let him rest and peace and don’t try turning him into a political prop to boost your reelection campaign.

Trump’s comments come on the heels of federal law enforcement officers clearing peaceful protesters from near the White House earlier this week so the president could stage a photo-op at a nearby church. The comments come as the president remains reluctant to acknowledge the power his words and is unwilling to answer the fundamental question being posed by peaceful protesters: “Do black lives matter and if so, what will you do to protect them?”

In the fifth stanza of “Lift Every Voice and Sing” – often referred to as “The Black National Anthem” – songwriter James Weldon Johnson states: “God of our weary years, God of our silent tears.” And these words speak to the pain, anger and sense of neglect that African-Americans have been feeling.

Now is the time for our tears to end, and for society to create a renewed contract with its all citizens, no matter what the color of their skin. This must be a renewed contract that focuses on listening, healing and ending the policies, practices and actions caused by racism in America.