US defense budget ‘needs to reflect the danger’ of China: Gen. Jack Keane

Chinese President Xi Jinping has made clear his intention to lead the People’s Republic of China to new heights of global influence and dominance.

When he addressed the 20th Party Congress a few months ago, President Xi outlined his commitment to countering any perceived threats from the U.S., or the west more broadly, to the Chinese Communist Party’s (CCP) authoritarian rule at home and its vision for an even greater international role.

It is time to take the CCP at its word and ensure we are prepared for competition between our countries to further escalate.

China's President Xi Jinping gives a speech to leaders attending the Belt and Road Forum at the Great Hall of the People in Beijing on April 26, 2019. (Nicolas Asfouri/AFP via Getty Images)

One obvious need is to safeguard our nation’s most sensitive secrets and assets from uninvited, malicious actors, including those with direct or indirect ties to the People’s Republic of China.

CHINA AND THE US ARE LOCKED IN A COLD WAR. WE MUST WIN IT. HERE'S HOW WE WILL

In the last several years, the risk posed by CCP-aligned individuals and entities securing land in proximity to U.S. military bases and other government facilities has only increased.

In 2016, a Chinese businessman who formerly served in the People’s Liberation Army and is connected to numerous CCP officials procured thousands of acres of land in Texas’ Val Verde County, home to Laughlin Air Force Base. Earlier this year, public reports that a Chinese agriculture company is buying 300 acres of land about 15 miles from an air base in Grand Forks, North Dakota, have also drawn heightened scrutiny. 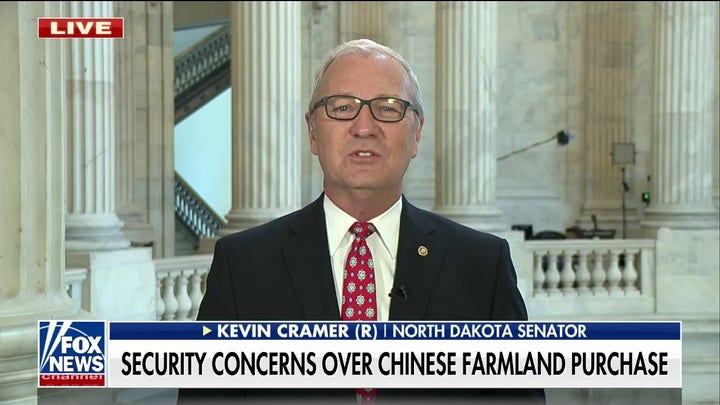 The alarm bells should be ringing.

CHINA PUTS THE WORLD AT MORE RISK THAN EVER BEFORE

Aside from concerns about taking farmland out of production completely or placing it under the financial direction of antagonistic nations, particularly at a time of rising costs and concerns about the stability of the global food supply, the U.S. must constantly be attentive to our adversaries’ aims to exploit every vulnerability and gain economic and military advantages. That would include expanding its espionage and intelligence gathering activity on foreign soil.

Congress has begun to respond to this rising threat, and the Fiscal Year 2023 National Defense Authorization Act (NDAA) contains a provision that would require the federal government to take the next step in securing confidential information about our military operations and preparedness.

I authored language in the NDAA requiring the Department of Defense to examine this danger and advise Congress on efforts to counter it.

The House of Representatives recently passed this critical legislation and I expect the Senate to follow suit in the coming days. Once passed and signed into law, the NDAA will direct the Pentagon to present its findings to the Senate and House Armed Services Committees so legislators on both sides of the Capitol can take appropriate action to ensure the U.S. government is doing everything within its power to prevent our military installations from being susceptible to CCP spy craft.

The stakes are incredibly high and I am pleased my colleagues recognize the urgency in adopting a posture of hypervigilance in order to thwart any attempts to undermine our national security and give China the upper hand. 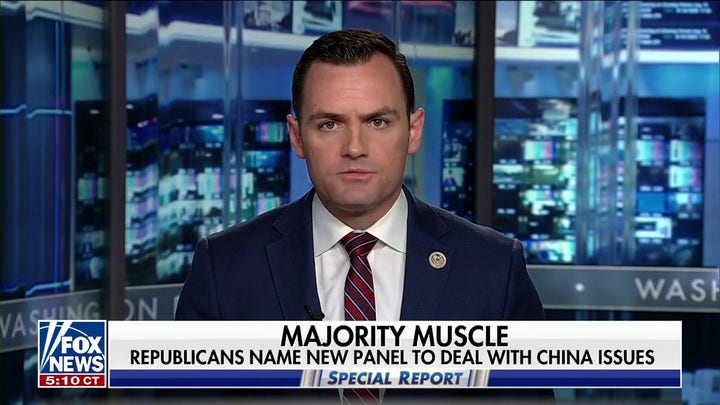 This is just the first step. The federal government can and must focus more attention on Chinese acquisition of land and resources, including farmland and agriculture production.

We have already witnessed the CCP’s efforts to extract intellectual property from our country and test our commitment to our allies abroad. We must show no hesitance to shield our national defense apparatus from those who, using any means necessary, would seek to supplant our position atop the international order.