In his basement race for the White House last year Joe Biden did a remarkable two step dance regarding his political ideology. Back in February of 2020 Biden himself promised that he would be the "most progressive president in history." And yet, throughout the campaign his surrogates and media allies insisted that this was old, moderate Joe Biden, lion of the Senate, king of compromise, and that of course he wasn’t far to the left.

It worked. But now the real Joe Biden has stood up and it is entirely clear that he is far more aligned with the lefty Squad in the House of Representatives, than with moderates in the U.S. Senate. Sens. Joe Manchin, D-W.Va. and Kyrsten Sinema, D-Ariz., have been the face of moderate opposition to a $3.5 trillion dollar transformative social spending package, but they are not alone.

Last week Sen. Patrick Leahy, D-Vt., had this to say about the Democrats’ failure to pass a more modest bipartisan infrastructure bill, "There are so many things in there that we need...Speaker Pelosi was ready to do it yesterday, there was a small group that held her up." But according to the House Progressive Caucus it is the moderates who are the small group standing athwart their massive tax and spend agenda.

By all accounts, the progressives are absolutely right. President Biden, House Speaker Pelosi, Sen. Majority Leader Chuck Schumer and pretty much the entirety of the mainstream media are all in for the massive spending spree. Meanwhile Sen. Manchin is being heckled at his houseboat and Sen. Sinema is being videotaped in the bathroom by angry protestors.

Most Democrats are insisting that the top line number, that $3.5 trillion dollars should be ignored, and that all the good programs it will pay for should be the focus of the party’s pitch to voters. They point out that many of the free goodies are very popular, free goodies often are. Individually, voters smile at free community college, and pre-K, and paid leave, and all the rest.

But the moderates, the small number of vocal ones and those just keeping their heads down understand that if you say to someone, do you want a new TV, they say yes, a new car, yes, a vacation home, sure. But when you then say, "great, take out a second mortgage on your home and buy all that stuff," second thoughts at the "top line number" creep in, and it isn’t irrelevant, after all. 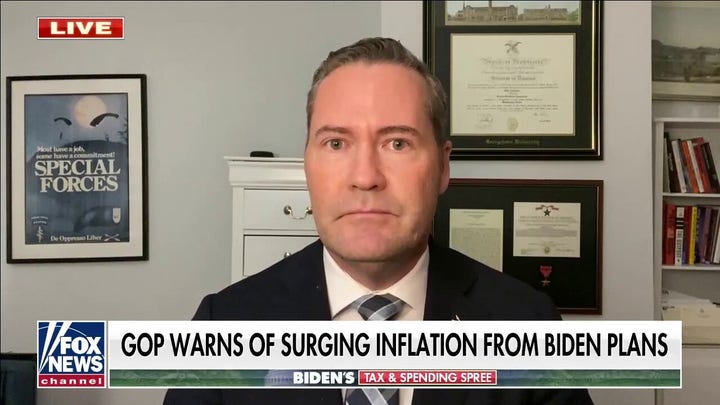 And it isn’t just on spending that Biden has donned the Che Guevara T-Shirt and pink hat. He has thrown open the border while throwing border agents under the bus with false allegations that they "whipped" migrants.

He is as blatantly pro-abortion as any president has ever been. He allowed an eviction moratorium to continue after admitting it was unconstitutional. He signs executive orders mandating critical race theory training for federal employees even though neither he nor any top White House officials have undertaken this "important" work.

The good news for conservatives, moderates, and frankly Americans in general, is that this game Biden played in 2020, running as both a progressive and centrist is a one trick pony. The cards are all on the table now.

In 2024 he will have to run on his wildly progressive presidency, not some charade of moderation and unity. This applies to House Democrats in the midterms as well. Republicans in swing districts are salivating about running against supposed Blue Dog Democrats choking on the bedazzled collar and leash of the Squads’ successful takeover of the party of Jefferson and Jackson.

And a word of caution is in order for the progressives in their moment of triumph. They are the party now. They aren’t outsiders, they aren’t gadflies, they aren’t heroic underdogs speaking truth to power.

Not anymore. Now they are the power. It is up to the American people to decide just how much of their progressive agenda they want to pay for and live under. That question, unlike who holds the reins, or is it whips, in the Democratic caucus is still very much to be decided.