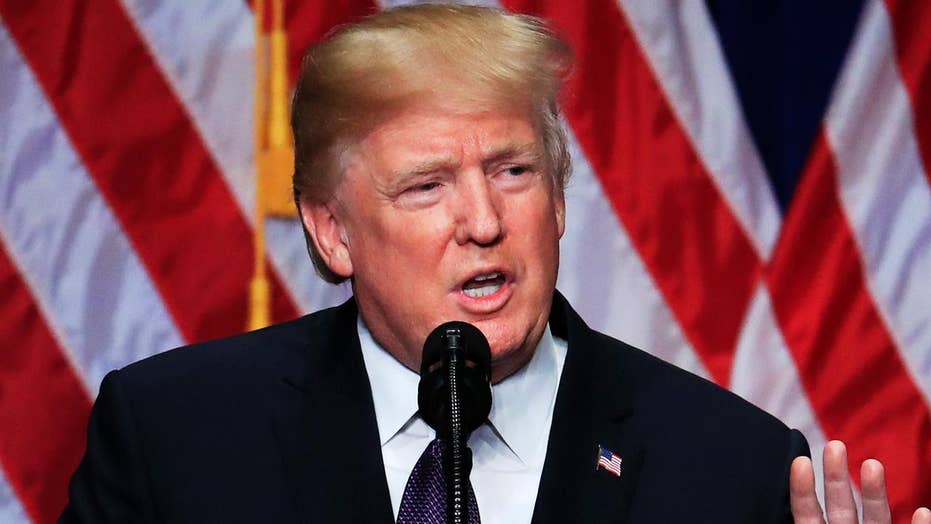 Trump's national security strategy a departure from the past

A president’s most important and fundamental responsibility is defending the security of the nation.

President Trump’s record in the realm of national security is one of his most remarkable and least understood achievements in his short time in office.

To begin with, it’s significant the Pentagon has a full budget for the first time in a decade. President Trump’s budget was approved by both houses of Congress in October 2017.

The Pentagon had been operating on continuing resolutions (CRs). That made it very difficult to plan, acquire weapons or use the taxpayer’s money in a constructive way.

Lack of long-term planning directly impacts the Department of Defense’s future, as well as how well our sons and daughters are prepared for combat today.

Compounding the missing budget, it had been over a decade since we’ve had an official National Security Strategy to guide policy and spending priorities.

But President Trump got it done in his first year in office.

Trump brought in an older group, people with experience making tough decisions in tough situations around the world. They understand reality, beyond courtrooms and classrooms, and the mentality of big country battles.

It’s important to understand that everything the military does, from the broadest strategy to the most quotidian task, is derived from documents. That’s how the military maintains discipline and keeps from wasting taxpayers’ money.

These documents are profoundly strategic, giving direction to the military and the government at large. They encompass economics, military, diplomacy, law enforcement and intelligence. They determine how we structure the military as well as Homeland Security, the FBI and intelligence agencies, our defense posture facing outwardly and inwardly.

When a general officer writes orders to deploy troops on our southern border or to conduct operations in another country, he must have a reference back to the National Security Strategy and the National Defense Strategy documents to show his orders are in line with the overall direction set by the commander in chief.

When DHS Secretary Nielsen declared, “Border security is homeland security, which is national security,” she was referring to the National Security Strategy.

Getting sign off on these major policy documents from hundreds of people is a remarkable achievement – next to impossible, according to a retired officer who’s been part of the process in several prior administrations.

Make no mistake – the Trump administration did not simply rehash previous efforts.

The Trump National Security Strategy shifts the focus from Al Qaeda and ISIS to confronting the new challenges of China and Russia.

It recognizes the threat of China’s economic aggression, the need for secure borders, the critical importance of secure 5G and telecommunications, and the rivalry of near peers.

The Trump administration was able to engineer this strategic rethink by having the right people in the right places, and by having a caliber of organization, focus and personnel not seen in the Obama, Bush and Clinton administrations.

A bit of history is in order: after September 11, 2001, national security policy was driven by a group who focused exclusively on Al Qaeda and ISIS.  Counterinsurgency was all they knew; they didn’t have a grasp of the grand chessboard of countries, deterrence theories, Cold War experience or the importance of economics.

When President Obama came into office, power became centralized at the presidential level. Decisions that had previously been made at a much lower level were now made in the White House.

The Obama team, while very smart, consisted primarily of lawyers and academics who didn’t always work well together. They were a very litigious and consensus oriented group. Everything got watered down.

President Trump saw this and went in a different direction.  He brought in an older group, people with experience making tough decisions in tough situations around the world. They understand reality, beyond courtrooms and classrooms, and the mentality of big country battles.

Just as President Trump unleashed commanders on the battlefields to make decisions in Syria and Iraq (rather than micromanaging from the White House as President Obama had), he empowered experienced national security experts (who are not primarily military officers) to make strategic decisions.

And he did it in record time.

That’s something you won’t hear about in the major news media.