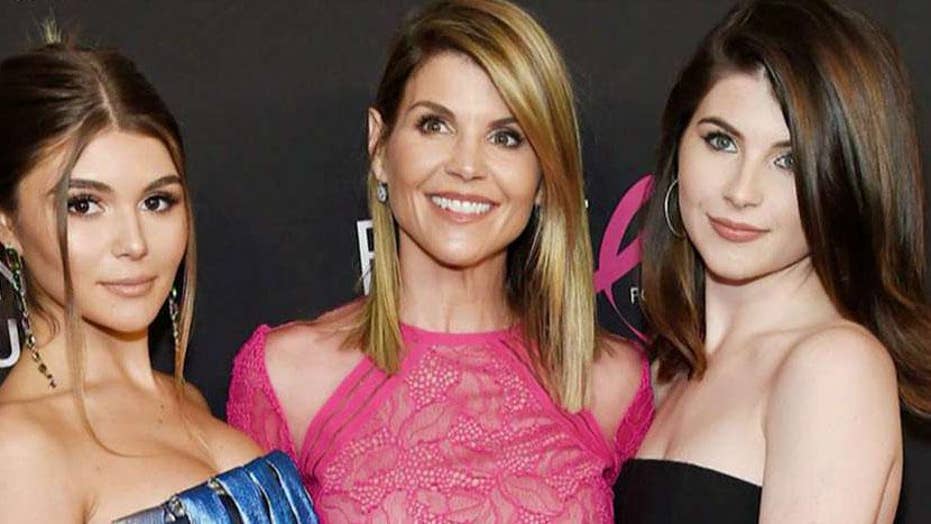 New questions surrounding the depth of the college admissions scandal

Singer forged athletic records, complete with altered photos showing the student playing sports in which he or she had little experience or competence. Corrupt sports directors would then recommend the student for admission, all the while knowing that they had no intention of playing on the school’s team.

None of this could have happened if higher education had not itself become a corrupt institution, featuring low classroom demands, no core knowledge acquisition, low grading standards, fashionable (but society-destroying) left-wing activism, luxury-hotel amenities, endless partying, and huge expense.

Students often learn virtually nothing during their college years, as University of California, Irvine, education school dean Richard Arum writes in ”Academically Adrift: Limited Learning on College Campuses.” They may even lose that pittance of knowledge with which they entered college.

Seniors at Princeton, Yale, Cornell, Duke and Berkeley scored lower in an undemanding test of American history than they did as freshmen, according to a 2007 study commissioned by the Intercollegiate Studies Institute.

College is only desultorily about knowledge acquisition, at least outside of the STEM fields (and even those fields are under assault from identity politics).

Teen Instagram star and product-placement phenom Olivia Jade Giannulli, the daughter of actress Lori Loughlin and fashion designer Massimo Giannulli, and apparently an unwitting recipient of Singer’s services, spoke for millions of college freshmen when she admitted on a YouTube video last August: “I don’t really care about school, as you guys all know.”

Giannulli was funneled into the University of Southern California via her mother’s $500,000 purchase of fake records and a photo-shopped image portraying her as a promising addition to the USC rowing team. She was looking forward to the campus parties and football games, she told her 2 million YouTube followers – at least to the extent that such extracurricular activities didn’t interfere with her lucrative product-promotion business.

So what is college about? Primarily, it is about accrediting its graduates and signaling – as Bryan Caplan argues in “The Case Against Education” – their value to future employers as responsible workers.

One solution is to expose the myth that a college credential is the prerequisite to a productive, fulfilling life.

The stampede to get children into as prestigious a school as possible grows more frenzied by the year, driven by the bragging rights that association with a name-brand university confers on status-hungry parents, who also understand the networking potential of those bright college years.

There’s the allegiances of alumni, too, whose donations flow more lavishly when their alma mater’s sports teams are winning. Such tribal sympathies confer unjustified admissions authority on college athletics directors. When the sleazy sports directors in the Singer scheme certified the student applicants as varsity material, their word was apparently final in admissions offices.

What the pay-to-play admissions scam does not demonstrate, however, is that “legacy” admissions are somehow more corrupt than race-based affirmative-action admission policies – which seems to be the primary lesson that left-wing commentators and politicians are taking from the scandal – or that meritocracy is a “myth” that has now been debunked.

Racial preferences are a far more significant deviation from academic meritocracy than legacy preferences, which are not even implicated in the current scandal. An underreported but salient detail in the Singer scam is that he “falsified students’ ethnicities,” according to the New York Times, because “some families and students perceive their racial backgrounds can hurt or aid their chances of getting in to schools that consider race in their admissions decisions.” This is not a mere perception; it is the truth.

The claim that blacks are disadvantaged in college admissions, especially compared with legacies, is false. At Middlebury, the admission rate of legacies in the class of 2006 was 45 percent, compared with 27 percent for the entire class, according to the New York Times.

But the 30 legacies admitted were also more academically qualified, with an average SAT score of 1,389, 33 points higher than the class average. By contrast, nearly 60 percent of all black and Hispanic applicants were admitted.

Though the Times did not report their average SAT scores, it is a virtual certainty, given unbroken national patterns, that they were roughly a standard deviation below the class average.

At Harvard, legacies are better candidates on average than other students, Harvard’s Dean of Admissions William Fitzsimmons said in a 2011 interview. Nevertheless, blacks get a bigger boost than legacies, despite lower academic scores. In fact, the boost from being black is so strong that Harvard limits the contributions of non-race factors to a black applicant’s composite admissions rating.

Just being black quadruples your chances of admission to Harvard. The university claims that if race were not a factor, then the percentage of blacks at the school would fall to 0.6 percent, compared with the current 14 percent. The Asian share of the student body would be at least 43 percent, by Harvard’s own estimate, compared with 18 percent, if race were removed from the admissions equation.

Singer told another parent involved in the scandal, Gordon Caplan, co-chairman of elite law firm Wilkie Farr & Gallagher LLP, that “institutional advancement” (i.e., connections and donations) is “no guarantee” of admission. The admissions officers are “just gonna give you a second look,” he said.

Artificially boosting test scores is a better bet, and racial preferences provide the greatest test-score assist. Richard Sander and Stuart Taylor summarize the data in their book, “Mismatch: How Affirmative Action Hurts Students It’s Intended To Help, And Why Universities Won’t Admit It.”

The University of Michigan in 2003 gave racial minorities 20 extra admission points; legacies got four extra points. A 1990 federal investigation of Harvard’s admission practices found that the SAT scores of legacies were 120 points above those of black students admitted.

Eliminating racial preferences at Harvard (and elsewhere) would have a far greater effect on increasing admission slots for qualified Asians than eliminating legacy admissions, according to Duke economist Peter Arcidiacono, the plaintiffs’ expert witness in the recently concluded Harvard racial-preferences trial, which focused on Harvard’s anti-Asian admissions penalty.

Colleges should return to their true function: passing on, from one generation to the next, the inheritance of Western civilization.

To be sure, legacy preferences and racial preferences should both be eliminated. Colleges should adopt a transparent, purely merit-based admissions system based on quantified tests of academic preparedness. Such a system would guarantee that entering freshmen were all equally prepared to compete academically, and would have the additional benefit of putting most college admissions officers out of a job.

These self-important bureaucrats view themselves as artistes, using their exquisite insights into character to curate a utopian community of “diverse” individuals. The Harvard racial-preferences trial put such airs on nauseating display. In fact, admissions officers are simply allocating a scarce resource based on their own prejudices and inclinations.

The unquenchable desire of college admissions officers to engineer racial diversity led to a cheating scandal far more consequential than this one. Michael Landry and his wife ran a vaunted college prep school in Breaux Bridge, Louisiana, that subjected its students to sadistic physical abuse and emotional humiliation, while inventing their college credentials out of whole cloth.

The transcripts that Landry fabricated adopted every trope of the “holistic” admissions process used to override the admissions standards applied to most Asian and white applicants. One such transcript referred to a “bright, energetic, compassionate and genuinely well-rounded” student, whose alcoholic father had beaten his mother and him while denying them money for food and shelter. The student had allegedly founded a community-service program to help the children of abusive and alcoholic parents.

All this was as much of a fiction as his high school GPA and test scores, as the New York Times reported. Landry students attended no classes, and they were trained to demonstrate complicated math problems on the chalkboard by rote for the benefit of visitors. America’s big-hearted desire to close the persistent racial-achievement gap made the Landry school a magnet for hundreds of thousands of dollars in contributions, especially from small donors, as videos of its students getting acceptance letters from Harvard, Wesleyan, and other elite schools went viral.

Many of the school’s graduates experienced psychological difficulties at their colleges, since their academic skills were woefully deficient, and they could not keep up with their classmates. Their anguish was only a subset, though, of the emotional malaise inflicted on racial-preference beneficiaries more generally by academic mismatch. It is not surprising that a standard item in the diversity demands regularly generated by “underrepresented minority” students is for a beefed-up mental-health bureaucracy.

The power conferred on college-admissions officers by America’s ever-more frenzied pursuit of college diplomas made the corruption revealed in this recent federal indictment inevitable. One solution is to expose the myth that a college credential is the prerequisite to a productive, fulfilling life. As Manhattan Institute fellow Oren Cass explains in “The Once and Future Worker,” America’s education problem is not that too few students are going to college, but that too many are.

One easy solution to the college-debt crisis would be to stop encouraging so many people to go to college in the first place. Policymakers and philanthropists must start valorizing vocational training and hands-on work experience, instead of relentlessly trying to boost the number of university graduates.

Colleges should return to their true function: passing on, from one generation to the next, the inheritance of Western civilization. Students who do not yearn to immerse themselves in that legacy should find something else to do after high school, and professors who are not interested in preserving it should find another line of work.

This opinion piece first appeared in City Journal, a publication of the Manhattan Institute.