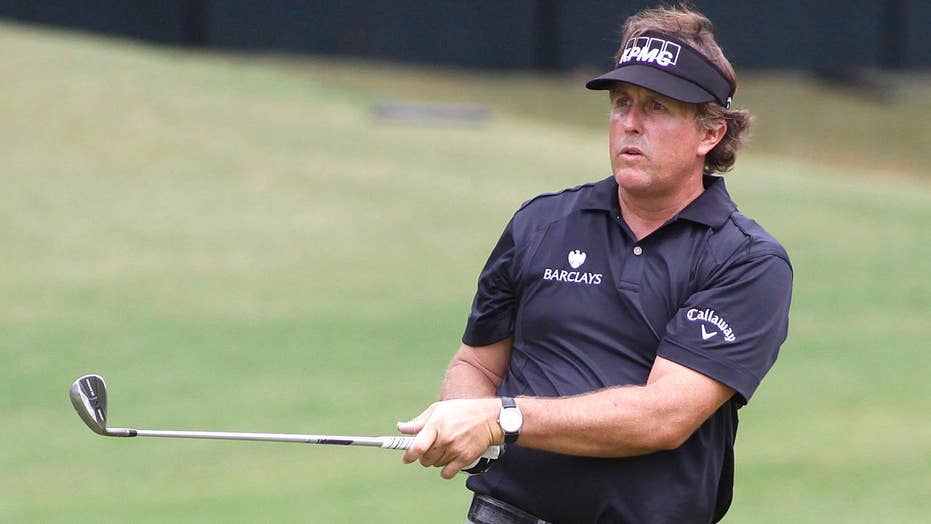 Mickelson may skip US Open for daughter's graduation

Golfing legend Phil Mickelson’s participation in the U.S. Open was put in doubt this year because he decided to attend his daughter Amanda’s high school graduation in California. Only a weather delay for the Open would make both possible (the tournament is taking place in Wisconsin). Mickelson officially withdrew from the competition at Erin Hills on Thursday. It's the first time he's missed the Open since 1993.

By making the decision, Mickelson just won a more important distinction than any that has ever been offered in the world of golf: Good Father.

With one magnificent choice, he’s let his daughter know that she is more important than his ego, his career and all of golf as a sport.

This is, of course, as it should be, yet the point escapes too many fathers (and mothers).  See, once you have kids, it has to be, when push comes to shove, about them, not you.

With one magnificent choice, Phil Mickelson let his daughter know that she is more important than his ego, his career and all of golf as a sport.

A young woman graduating from high school, without the eyes of the world upon her should trump her dad’s tee time, even for the U.S. Open.

The certain knowledge that a child is loved by a parent serves that child her entire life.

In adulthood, should anyone suggest to that beloved daughter or son that she or he is worthless, there’s a good chance the argument will fall on deaf ears.

At moments when that daughter or son has to decide whether to disrespect herself or himself by abusing alcohol or drugs, there’s a far better chance the answer will be, silently, unconsciously, “No way.  I matter too much to destroy myself.  I felt it—from my dad.”

Let me give you a bit of experience I have gained as the counselor to many thousands of people, old and young, of every race, from billionaires to homeless people, from police officers to murderers, from all over the world, at critical moments in their lives:  Not one of them has valued his or her father based upon that father’s level of wealth or fame. Not one.

Every single one of them has valued his or her father based on whether that man showed unconditional love to his child.  It’s as simple as that, which is why a homeless person whose daughter loves him for good reason is immeasurably richer than a billionaire whose daughter has legitimate questions about the depth of his love for her.

In the end, no one ever etches anything from a resume on a tombstone.  But when it applies, it often says, “Beloved husband and father.”  When a father is justifiably loved, as it seems Mickelson will be, for truly delivering for his daughter, that’s the only game that matters.