Democrats in Congress are about to launch their next attempt at a federal takeover of elections. The Senate is locked in a tense debate over HR4, recently passed by the House of Representatives.

Lawmakers spent months rewriting an earlier version of H.R. 4. Pelosi insisted the work was being done to make the bill more moderate and constitutionally defensible. But the end product is even more partisan than the original, jammed with anti-democratic provisions meant to consolidate federal control over elections, eliminate voter ID requirements, and even to rig the courts to favor the progressive litigators who challenge voting laws.

If Democrats were being honest, they’d name this bill the "Nancy Pelosi power grab" instead.

H.R. 4 aims to put Washington in control of elections through a process called "preclearance." Congress created preclearance in 1965 as part of the Voting Rights Act (VRA) to deal with the threat posed by poll taxes, literacy tests and other odious devices used to enforce Jim Crow disenfranchisement.

Congress developed a "formula" to identify states and localities that had these tests and devices on the books, along with extremely low voter turnout, and bar them from modifying their voting laws without getting those changes pre-approved by the federal government.

In the nearly 60 years since then, the landscape has shifted dramatically. Jim Crow laws have been banished to the dust bin of history. States no longer evade court orders.

Minority turnout rates in states that once were covered by preclearance have reached parity with White turnout, and in some cases exceeded it. This is partly why the Supreme Court struck down preclearance in 2013 in Shelby County v. Holder: States were held under federal control based on turnout data that was decades out of date since Congress never updated the formula to reflect current conditions.

After Shelby, states were free to pass laws that made it easier to vote, but harder to cheat. Progressives claim that Shelby opened the floodgates of "voter suppression,"

The 2018 and 2020 elections set turnout and diversity records – despite 35 states having voter ID laws. But facts don’t matter to Democrats, the narrative does – and they want red states under federal control.

To do that, H.R. 4 overturns Shelby. The bill creates a new "practice-based preclearance" that applies nationwide.

Existing voter ID requirements would be instantly invalidated. No state could adopt a new ID law, improve voter roll maintenance, or make certain other changes without first giving federal bureaucrats a chance to veto it. 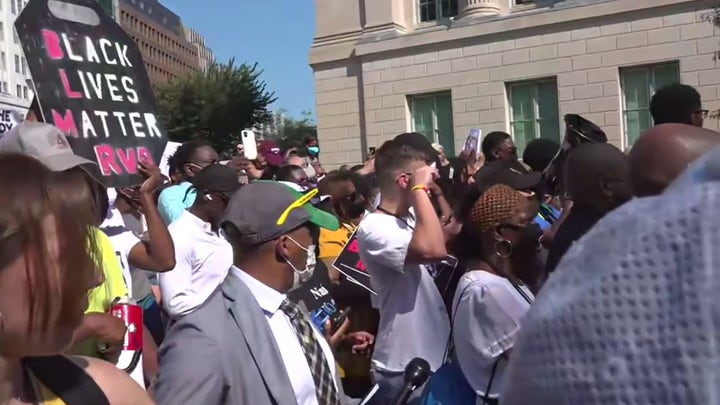 Not even the proposed compromise by Sen. Joe Manchin, D-W.Va., to use a utility bill as ID would pass muster under H.R. 4. An incredible 81% of Americans want everyone to show a photo ID to vote, but progressives are once again trying to eliminate them.

Democrats want to bring back traditional preclearance as well, but with a new formula that conveniently omits turnout data. Instead, the bill retroactively tallies 25 years of "violations" that stem from election lawsuits.

Once a state hits a threshold, it is placed in preclearance. In the latest version of the bill, almost anything counts as a violation: final judgements, preliminary injunctions, and even routine settlements in frivolous cases. A single lawsuit can produce multiple violations; in theory, one case – potentially collusively settled between an activist group and a friendly official – could drag a state under federal control.

Using lawsuits rather than hard data lets progressive narratives – and Democrats’ political agendas – determine which states will be under federal control. Left-wing groups have an aggressive and well-funded army of lawyers that collectively filed over 200 lawsuits last year alone.

As if all this is not bad enough, H.R. 4 sharply skews legal standards to make it difficult or impossible for states to defend their laws. In fact, the bill goes so far as to direct courts to ignore public "interests in voter confidence and prevention of fraud" when considering cases.

Democrats aren’t just placing a heavy thumb on the scales of justices, they are turning the Voting Rights Act into a heckler’s veto that can be used to overturn even the most commonplace and popular election safeguards.

That’s good news for politically savvy lawyers. For the rest of us, it’s a recipe for chaos.

Fortunately, we don’t need to go down that path. Americans are participating in our elections in record numbers, and elections are free of the barriers that once marred voting.

H.R. 4 is a solution in search of a problem. Worse still it is a deeply partisan power grab that puts confidence in our elections at grave risk.

Jason Snead is the executive director of the Honest Elections Project.