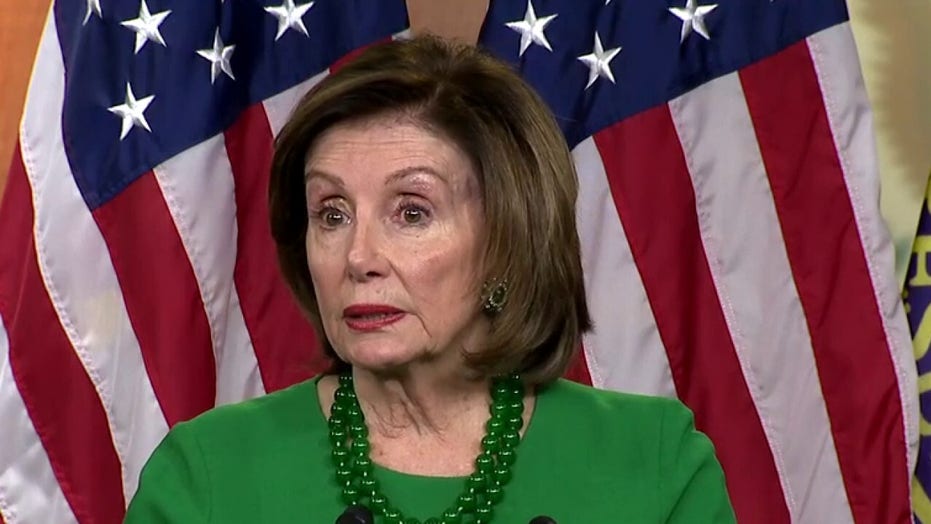 Editor's note: An earlier version of this column incorrectly attributed a tweet about a China travel ban to Senate Minority Leader Chuck Schumer, D-N.Y. Sen. Schumer did not send the tweet and the column has been updated.

The coronavirus is a tragedy. So is the response from opponents of President Trump. At a time when our leaders should come together and try to calm a frightened nation, Senate Minority Leader Chuck Schumer, D-N.Y., and House Speaker Nancy Pelosi, D-Calif., are putting politics above country.

Hatred is a two-way street. As much as Democrats denounce the president for his petty name-calling or supposedly racist opposition to illegal immigration – an approach, by the way, embraced by tens of millions of Americans and most Democrats in years past – the vitriol hurled at the president as our nation faces a serious crisis, not of his making, is horrifying.

Schumer thunders that the president is guilty of “towering incompetence.” Does he think his tirades won’t hurt our nation? Does he care?

We have enjoyed a virtuous circle since the election of President Trump: rising confidence, higher spending, more jobs and better pay. The virus threatens that progress, and Schumer, along with the liberal media and his Democratic colleagues, isn’t helping.

On Feb. 24, Schumer gave a blistering attack in which he accused Trump of being “asleep at the wheel” and having “no plan.” He lied that the White House had significantly reduced the resources available for fighting the disease, and railed that the president “has been slow to take action to confront the virus abroad.” Huh? What are we supposed to do, send the Marines into Milan?

This attack came nearly a month – a month! – after Trump, on Jan. 31, had declared a national health emergency, put travelers who had been in exposed areas under quarantine and closed our borders to people who had recently traveled in China, which Schumer opposed!

When the president acted, there were only six cases of the virus in the United States and no deaths. Dr. Anthony Fauci, one of America’s most prominent authorities on infectious diseases, said at the time: “We still have a low risk to the American public, but we want to keep it at a low risk; [there] are so many unknowns here.”

So, even the man who finally figured out AIDS thought the coronavirus was “low risk.”

Most offensive, Schumer also complained that Trump “has been afraid to criticize President Xi or the Communist Party of China for silencing dissent and obscuring the truth about the Coronavirus, where it originated.”

There is no one in our government – on either side of the aisle – who has done more to confront China’s dishonesty and corruption than President Trump. Where was Schumer in the decades where Beijing was orchestrating monstrous theft of our intellectual property and cyberattacking American institutions? Schumer was AWOL.

In battling the virus, Trump rightly kept the lines of communications open with the vile President Xi Jinping, even as he enacted the travel ban, a move that angered Beijing. An article in Xinhua News, the official Communist Party mouthpiece, described that travel ban as “killing people while they are ill” and complained that the measures had “a great economic impact on China.”

Trump was diplomatic about the thin-skinned Xi because the U.S. needed China’s help in providing critical information about the disease. Also, he wanted to prevent Beijing from following through on its inexcusable threat to exert “strategic control over medical products and ban exports to the United States” which, China boasted, could catch the U.S. in “the ocean of new crown viruses.”

Did Schumer want the U.S. cut off from critical Chinese-made medical supplies?

Pelosi tweeted: “Bigoted statements which spread misinformation and blame Asians and the Asian American community for the #coronavirus make us all less safe.” She encouraged McCarthy, who was directing Americans to the Centers for Disease Control and Prevention  website, to “apologize immediately.”

This is such a preposterous charge; where is there any mention of Asian-Americans or blaming anyone? I get it that Pelosi’s district contains a large Asian-American population. Even so.

Pelosi, of course, hasn’t restricted her criticism to McCarthy. She, like Schumer, has undermined the president at every turn. Even though she, like her Democratic colleagues, was all-in on a payroll tax cut when President Obama proposed one in 2009, she somehow now thinks it is “a tax cut for major corporations.”

She and Schumer pretend to put “the health and safety of American workers and their families over corporate interests,” as they declared in a joint statement. But frightening the country by portraying the president as inept or his measures as useless is taking a heavy toll on confidence, the economy and – ultimately – exactly those people Democrats pretend to care about.

We know why they are politicizing the Wuhan virus; it is likely to undermine the growth and wealth creation that has resulted from President Trump’s tax cuts and regulation overhaul. It will probably drive down his approval ratings. It might even make the likely Democratic presidential candidate, befuddled former Vice President Joe Biden, look a little better by comparison.

Just weeks ago, the president was on a roll, boosted by strong job creation, rising wages and increased popularity. He was also benefiting from the impeachment fiasco, which Americans came to see as unfair and partisan.

Democrats overplayed their hand then, and they may overplay their hand now. Fair-minded Americans will hold the president accountable for how he handles this crisis. They will recognize that he didn’t create it and that a brand-new disease that spreads like lightning is tough to beat. Nonetheless, the buck stops at his door.

However, they will also recoil from the ugly blame game being played by Democrats. And they should.