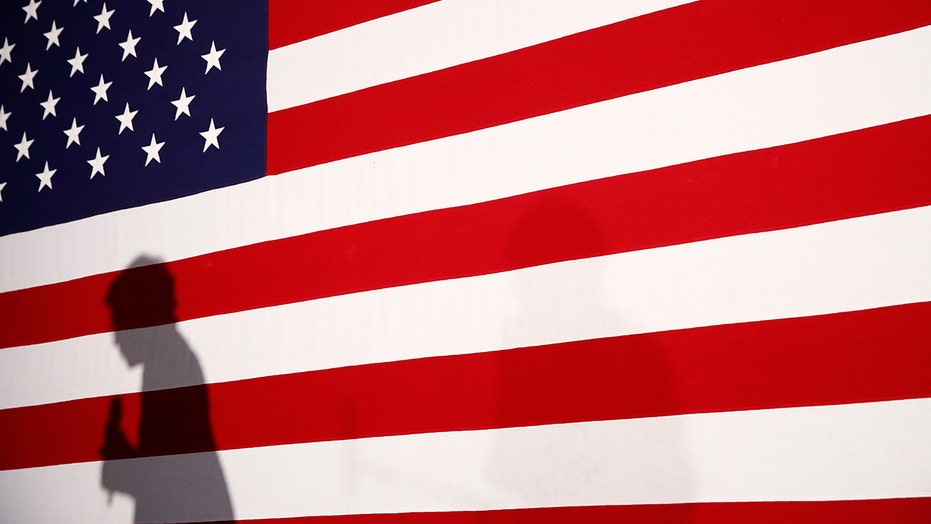 By that standard, even as he’s winning in the primary battle (odds-makers give him a 73 percent chance of winning against Bernie Sanders), Joe Biden is doing a whole lot of losing.

The former vice president and his team are working overtime to explain that Biden is not suffering a mental decline. A piece in the left-leaning Washington Monthly asserts there is a “disinformation campaign” being launched against the former vice president and examines the medical definition of “cognitive impairment” and “dementia.” The author claims, “There is no data to support the allegation that he is in cognitive decline.”

Biden has appeared confused at times, whether it’s not knowing what state he’s in or talking about Super Thursday. Maybe it's no accident that his scripted remarks feature few compound sentences.

But that is surely not what his campaign wants to be talking about.

They need to change the narrative, and they can – by focusing on Joe’s pick for vice president. Voters will head to the polls in November concerned that Biden may not be capable of serving for the next four years, and may at some point have to step aside.

The candidate himself has indicated to his staff that he would only serve one term, highlighting the importance of his running mate, even absent concerns about his mental condition.

The pick of vice president has rarely loomed so large, though the 2008 election provides some lessons. When John McCain ran in that year against Barack Obama, Democrats zeroed in on the Arizona senator’s health problems. McCain had suffered from melanoma; the New York Times ran a front-page story suggesting (helpfully) that a brush with that type of cancer could sometimes lead to an early death.

Democrats also depicted McCain as a holdover from the past, especially compared with the 47-year-old Barack Obama. Had he won, McCain would have been the oldest candidate to ever take office, at 72.

Partly in response to such critiques, McCain chose a young running mate, Alaska Gov. Sarah Palin, then 44. But her numerous missteps on the campaign trail helped doom his candidacy. Voters thought Palin might end up in the Oval Office, and they chose Obama.

If elected, Uncle Joe would be 78 upon taking up residence in the Oval Office – the oldest president ever to be inaugurated. Though he tries like mad to project vitality, running onstage like Tom Cruise, fists and elbows pumping, Biden’s age is clearly an issue.

The perfect running mate would be someone who helps Joe overcome deficits in his polling, and boosts his chances to win essential toss-up states. Above all else, perhaps, Joe needs a partner who will drive turnout.

As in 2008, the choice of a running mate for Biden could prove critical.

Who could help him win the Oval Office?

The perfect running mate would be someone who helps Joe overcome deficits in his polling, and boosts his chances to win essential toss-up states. Above all else, perhaps, Joe needs a partner who will drive turnout. To date, his candidacy has not inspired, much less excited, Democrats. His earlier inability to raise money is proof.

A recent Economist/YouGov poll sheds some light on where Biden needs help. His “favorability” is a modestly negative six points overall (39 percent of respondents had a “very” or “somewhat” positive view of Biden, while 45 percent had a negative take on him), which is slightly worse than Elizabeth Warren’s four-point deficit, but way ahead of Mike Bloomberg’s 26-point deficit.

By comparison, President Trump’s favorability spread is minus 10, not far behind Biden’s.

Where does Uncle Joe fall short? Certainly not with black voters. As we saw on Super Tuesday, African-Americans turn out for Biden, despite criticisms about his co-authorship of the 1994 crime bill and other past issues.

Other pockets of strength compared with Trump: the Northeast and Hispanics.

Biden’s weak points include: the Midwest, Independent voters and whites. Only 26 percent of Independents had a favorable view of Biden, compared with 41 percent liking Trump. Also, Trump tops Biden with white voters 49 percent to 37 percent.  In the Midwest, home to numerous toss-up states, Trump leads in favorability over Biden 43 percent to 38 percent.

These figures can certainly change as we get further into the race. For example, 25 percent of Independents have no view of Biden; they will acquire one in the months ahead.

Still, as things stand, it would appear that Sen. Amy Klobuchar, D-Minn., would be the best running mate for Uncle Joe. She is 59 years old and popular in those Midwestern states that could decide the election. Just this past weekend, she was on the trail for Biden in Michigan, a critical must-win state.

Sen. Kamala Harris, D-Calif., and Stacy Abrams, who lost the Georgia gubernatorial race in 2018, have also been put forward as possible running mates. Both would bolster Biden’s standing with black voters, but that is not what he needs.

Having a female running mate could assuage those Democrat women who blame sexism for Sen. Elizabeth Warren, D-Mass., and other female candidates coming up short. Even though Biden has much higher favorability with women than Trump (45 percent to 36 percent), picking a female veep could boost turnout. After all, that person could become the first woman to break the ultimate glass ceiling.

And, let’s face it, two white guys at the top of the ticket pretty much sabotages whatever claim Democrats have to being the party of diversity.

Democrats are jubilant that they have likely squashed Bernie Sanders’ prospects and propelled Biden toward the nomination; the celebration will be short-lived. Next up is beating Trump, and given Uncle Joe’s performance on the stump in recent weeks, that is hard to imagine. Even with Amy Klobuchar at his side.